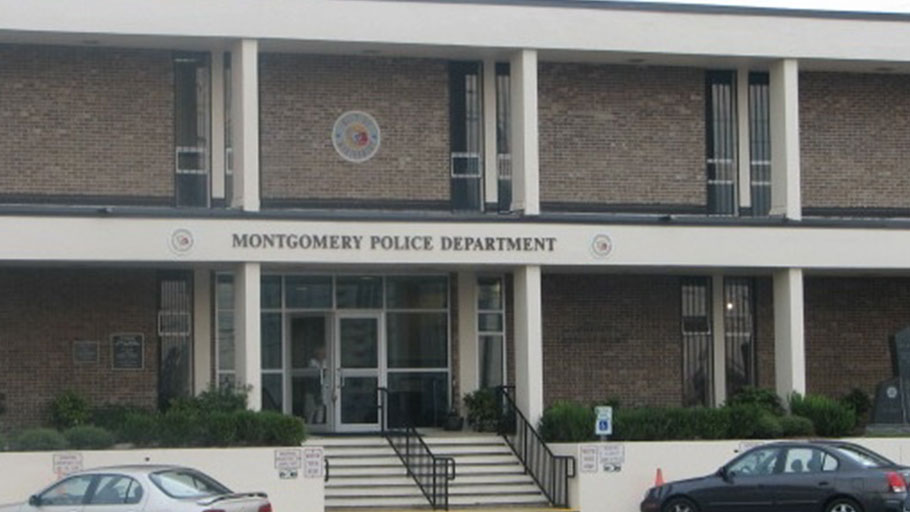 Fighting to Save Lives in Alabama

You Are Here: Home » Blog » News & Current Affairs » Fighting to Save Lives in Alabama

Montgomery, AL, July 20, 2020 – All five leaders of SOS, the Save OurSelves Movement for Justice and Democracy, and Black Lives Matter showed up at high noon today at the City of Montgomery Police Station to voluntarily turn themselves in on warrants issued late Thursday night and late Friday night. Those leaders are: Faya Rose Toure, John Zippert, Karen Jones, Johnny Ford and Juan McFarland, II. A number of other leaders from various groups appeared with them to show their support.

Events that gave rise to their arrest took place on Thursday, July 16th, at noon in front of the Alabama State Capitol. SOS and Alabama Black Lives Matter members held a “Die In” with live bodies on the Capitol Steps in their ongoing multi-year effort to get Alabama’s leaders to expand Medicaid and save thousands of lives.

During part of the press conference, individuals laid down on the Capitol steps in a “Die In” for Medicaid expansion and for the eight minutes and 46 seconds it took for four Minneapolis police officers to squeeze the life out of George Floyd as he begged for mercy. Others spray painted Black Lives Matter and Expand Medicaid in a small area on the black asphalt in front of the Capitol.

Both Montgomery City Police and State Troopers were on hand in large numbers. They initially threatened to arrest individuals using the inexpensive yellow spray paint to share the powerful messages. Law enforcement officials later informed those present that there would be no arrests, and participants left at that time.

Toure said: “I cannot believe that while other cities are painting Black Lives Matter on major streets, the Montgomery authorities are calling for the arrest of long-tine Civil Rights leaders for spray painting a small area with the words Black Lives Matter and Expand Medicaid. This is about saving hundreds of lives each year and thousands of lives since we began advocating for the expansion of Medicaid in Alabama. It is terrible when pavement is valued more than lives.”

Ford said: “We must save lives, here in Alabama and across the country. I am prepared to be arrested. I am prepared to go to jail. I am prepared to demonstrate and do whatever is necessary to expand Medicaid and save lives of working poor people of all races in Alabama. We learned shortly after that small area in front of the Capitol was spray painted with life-affirming messages, officials immediately moved to cover a larger area with gray paint so that no one could see the words Black Lives Matter and Expand Medicaid. Their actions speak volumes, so we must continue to act to save lives.”

Jones said: “We are calling upon the leaders of Alabama to rise above the mentality that pavement is worth more than people’s lives. We have to expand Medicaid, especially now with the COVID-19 pandemic exploding. We are seeing issues of police overreaction across the nation, and way too many people have wrongfully been killed as a result. What we witnessed Thursday was the use of great state and local police resources for a very peaceful press conference and demonstration. Montgomery is going in the wrong direction just as we are seeing the country going in the wrong direction. I and others had hoped that Montgomery would be a leader in the right direction.”

Zippert said: “We have been fighting for six years to expand Medicaid to save lives. An estimated 4,200 lives have been lost in Alabama because of the Governor’s and other leaders’ outright refusal to expand Medicaid. We also have lost rural and other hospitals at an alarming rate, and many are still struggling mightily on a day-to-day basis. This is outrageous. Medicaid expansion could end this outrage. Alabama is one of only 12 states that has not moved on Medicaid expansion. I am prepared to be arrested and go to jail and continue to do everything in my power to save lives and save hospitals.”

Law Professor Emerita Martha Morgan said: “Congressman John Lewis and the Rev. Dr C.T. Vivian died on Friday, July 17th, and are being honored for their valiant efforts to secure civil rights. Not only are they being honored, people are asking that their legacy not be one of praise but of action. Both Lewis and Vivian were arrested dozens of times for challenging unconscionable laws out of necessity. It is unconscionable not to expand Medicaid and save lives. And as I said on Thursday, people need to shut up about ‘all lives matter’ because all lives cannot matter until Black lives matter. These arrest warrants and arrests demonstrate that Black lives do not matter in Alabama.”

McFarland said: “Young people are standing up and speaking out because we are watching our Black brothers and sisters being murdered at the hands of law enforcement all over the country. We are taking action for one reason: TO SAVE LIVES. If it takes having to face arrest and jail to help save even one life, it is more than worth it. We are not going to stop until Black lives matter in America.”

Source: Save OurSelves Movement for Justice and Democracy