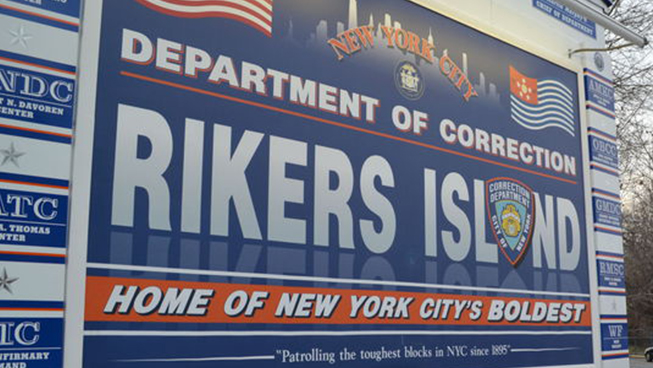 At a Press Conference at City Hall Friday, March 31, Mayor Bill DeBlasio made it official; he is putting the full weight of his administration behind the recommendation of an Independent Commission to close the notorious Rikers Island Jail.  The Mayor was joined by Council Speaker, Melissa Mark-Viverito, who has long advocated closing a jail that has become synonymous with violence, brutality and corruption.  It is not clear whether the Mayor had prior knowledge of the Commission’s recommendations, but he has been on record suggesting that closing Rikers would be a positive development. He has also been under constant pressure to be more definitive about his position by criminal justice reform advocates, most notably Glenn Martin who launched a very effective #closeRikers Campaign.

Dr. Ron Daniels, President of the New York based Institute of the Black World 21st Century(IBW), a leading criminal justice policy reform organization, applauded Mayor DeBlasio’s decision: “It may have been a long time coming and took some persuading, but IBW is thrilled that Mayor DeBlasio has unequivocally stated a goal of shutting down Rikers Island, one of the most infamous, brutal and inhumane prisons in the U.S.  There is no turning back now. We also commend Glenn Martin of JustLeadershipUSA and other criminal justice advocates for their persistence in informing and encouraging the Mayor to do the right thing.”

Dr. Daniels said the Mayor can count on the support of IBW and allies associated with the organization. “We realize that this will not be a popular decision in some quarters, including among some corrections and police organizations, but closing Rikers is an important first step moving towards more just and humane solutions to safe communities in our city.”

Rev. Dennis Dillon, Senior Pastor of the Brooklyn Christian Center and Publisher of the New York Christian Times, who is affiliated with the Pan African Unity Dialogue convened by IBW, echoed Dr. Daniels sentiments: “Closing Rikers is long overdue. Hopefully, the Mayor’s decision will also lead to more comprehensive economic, jobs and social programs to end the pipeline to prisons/jails for Black youth/young people.” Dr. Divine Pryor, Executive Director of the Center for Nu Leadership on Urban Solutions and a member of IBW’s Black Family Summit, struck a similar note: “The abusive and brutal practices at Rikers Island have been nothing short of ‘cruel and unusual punishment’ which have been tolerated for far too long. We support the Mayor’s decision and encourage him to move boldly to embrace alternatives to incarceration as part of his plans for criminal justice reform.”

Dr. Daniels indicated that the Mayor DeBlasio’s decision to close Rikers Island and efforts to decriminalize Marijuana will be on the Agenda of the next meeting of the Pan African Unity Dialogue.

Diverse Protest Groups Unite As ‘The Majority,’ Aiming for Large-Scale Demonstrations on May 1st

Diverse Protest Groups Unite As ‘The Majority,’ Aiming for Large-Scale Demonstrations on May 1st
We Need Your Support — Donate, Share, Sign-Up Ways to Support