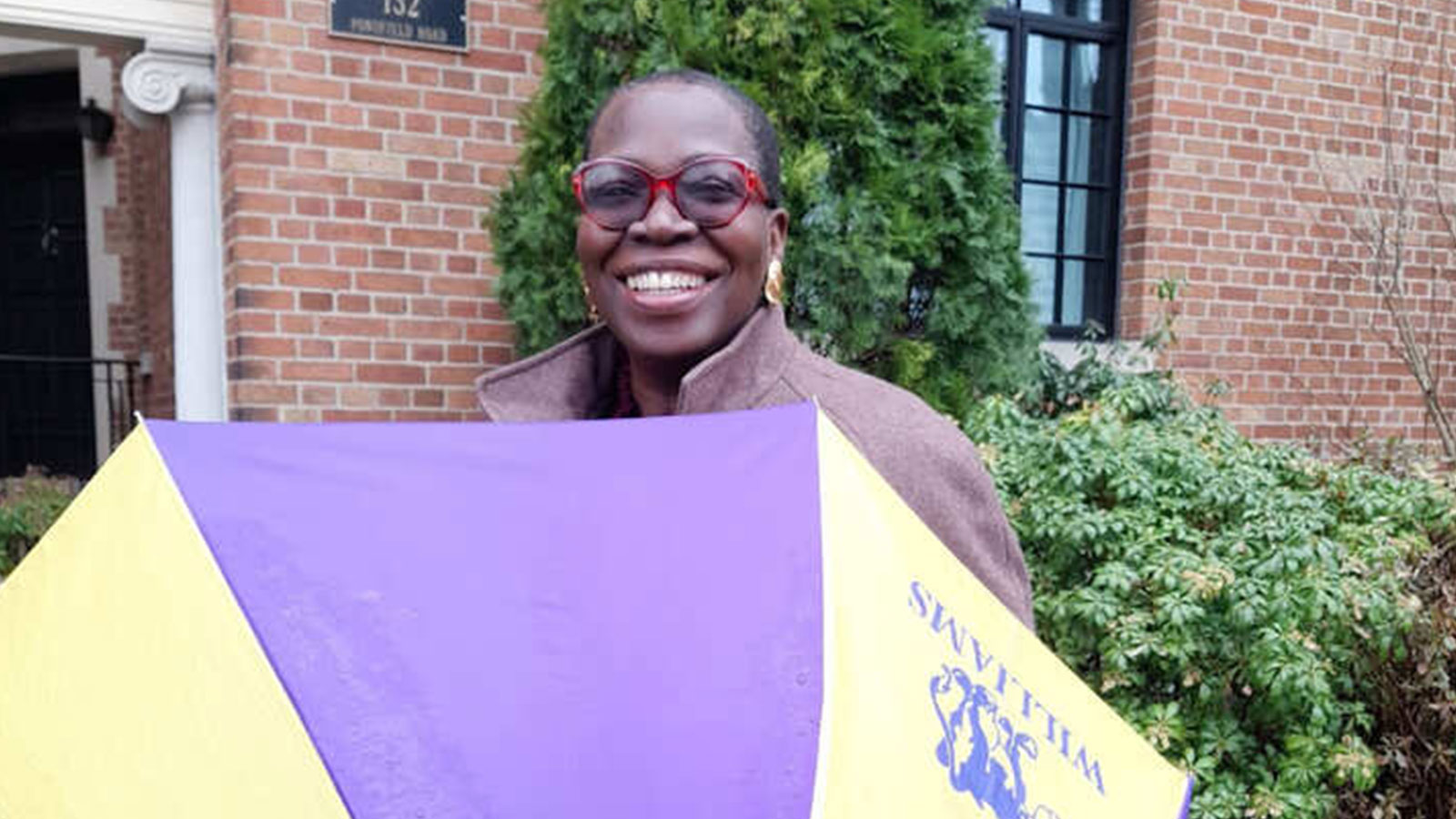 How one ex-banker is mobilizing capital markets to finance reparations

You Are Here: Home » Blog » Reparations » How one ex-banker is mobilizing capital markets to finance reparations

When the Covid-19 pandemic hit, Enith Williams, like many, began thinking about taking her life in a different direction, leaving behind a successful career in banking to pursue her passion in the field of reparative justice.

Since the start of the pandemic, Williams has founded the Reparations Finance Lab (RFL), a NYC-based non-profit dedicated to researching innovative solutions to racial disparities that stem from the era of enslavement and continue to this day.

The RFL seeks to work with financial institutions and city authorities to develop programs that will close the Black-white wealth gap and address the needs of local communities of color.

While Williams’ decision to establish the RFL was momentous, it was one she had been preparing for her entire life, starting when she was a child growing up in Clarendon, Jamaica. There, she learned from an early age about the traumas of enslavement.

“My great-great-grandmother, who died at 104, would tell us stories about being born on the plantation where her family was enslaved,” she told TAG24.

“While she was born after Emancipation, not everyone moved off en masse, so she actually grew up on the property, was born there, and had vivid stories about what that experience was like immediately post-Emancipation – and the stories she was told as a little girl about the horrors of being enslaved and our family’s struggle for selfhood.”

Even after Emancipation, family separations continued as formerly enslaved people looked for economic independence, but family roots and relationships are valued all the more as a result, she said. Williams herself had a great-great-aunt in Cuba with whom she regularly exchanged letters, despite never meeting in person.

“It’s a story of fragmentation but also of unity,” she said. “You keep your family in your heart, and you keep your relationships and your memories also very present.”

Williams soon had her own experience of separation and departure. On her eleventh birthday, she and her family moved from her sunny village in Jamaica, where everyone knew her name, to snowy New York City, where almost nobody did.

The family initially settled in Harlem, which “plunged [her] immediately into a rich stream of African-American history,” she said.

The experience also came with other reflections: “When I got to America, I realized that there was a distinction between being me and being Black,” Williams recalled. “There was a sub-text to my existence which had a title and a categorization, and within that, there were all these norms and expectations that I was just beginning to learn.”

To understand these new impressions, Williams turned to books: “I just started to read and reconcile the stories I was told from my family and my village about enslavement and African-ness.”

In time, she began to see the linkages in the experiences of people of African descent in Jamaica and the US, including questions around identity. Slavery not only subjected people to horrific violence and dehumanization, but it also stripped them of their personal histories for generations. This left her with the difficult task of negotiating her place in the world without knowing much of her ancestral roots.

Another key moment in Williams’ life came when she studied abroad in Kingston, Jamaica, in her junior year of college. There, she learned about enslaved and formerly enslaved people in Jamaica demanding compensation from slaveowners and asserting their humanity in a capitalist system where people are supposed to receive payment for their work.

“From the very first, folks understood their value. African people knew their value and knew their contribution to the wealth that they produced and observed being consumed around them,” she said. “They recognized that they were being denied the economic return for their labor.”

“That for me is the foundational claim for reparations.”

Learning about the financial system

Williams went on to hold a successful career as an international banker with Merrill Lynch in New York City and with the government of Jamaica.

That career gave her intimate insight into means of moving capital, as well as the degree to which capital investments can “change fortunes.”

“You saw the different tools and instruments and mechanisms that banks use to pull capital from all sorts of investors – everybody from their small pensions to their big fortunes – to create the world that they desire,” she said.

The growing focus on environmentalism and renewables also showed her “how capital can impact and move moral arguments and activism towards a different future.”

One day, a former colleague at Merrill Lynch asked her if she thought capital markets could be used around reparations.

That’s when the idea of establishing the Reparations Finance Lab was born.

Part of the motivation for starting the RFL came in response to increased awareness sparked by the Black Lives Matter movement.

In the wake of George Floyd’s murder, financial institutions and other private entities began launching initiatives to address racial disparities, but Williams wanted to make sure that enthusiasm would not peter out and that people would “not lose sight of the forest of Black poverty because of the individual trees of achievement.”

She is a strong supporter of establishing a federal reparations commission, but she also believes that financial institutions need to be part of the conversation around reparative justice.

“The private sector has to be at the table because of their past participation [in systems of enslavement and discrimination], but also because of their ability to change narratives,” she explained.

Through the RFL, she is currently engaged in gathering data around the Black-white wealth gap and other racial disparities. She and her team are also doing research in local communities with the goal of creating a toolkit that municipal authorities can use to guide their own reparations initiatives.

Part of that work includes trying to address common misperceptions around reparations. She often cites research done by a former Citibank economist which shows that the US actually spends more due to ongoing racial discrimination. According to that data, closing the racial wealth gap could actually pump an additional $5 trillion into the US national economy over five years.

Despite the economic advantages of greater racial equity, many institutions are still refusing to do their part. “It’s the cumulative persistence of anti-Blackness. Ever since the idea of creating Black people as the scapegoat and the boogeyman for capitalism for white people, it is so deeply bred in,” she insisted. “That’s the only logical explanation.”

Ultimately, fighting for reparations involves pushing back against the idea that there is “this irreducible thing about Blackness that makes you undeserving of sharing in the wealth of the world.”

“In the words of all of the freedom fighters and race fighters, we just want to live in peace,” she said.