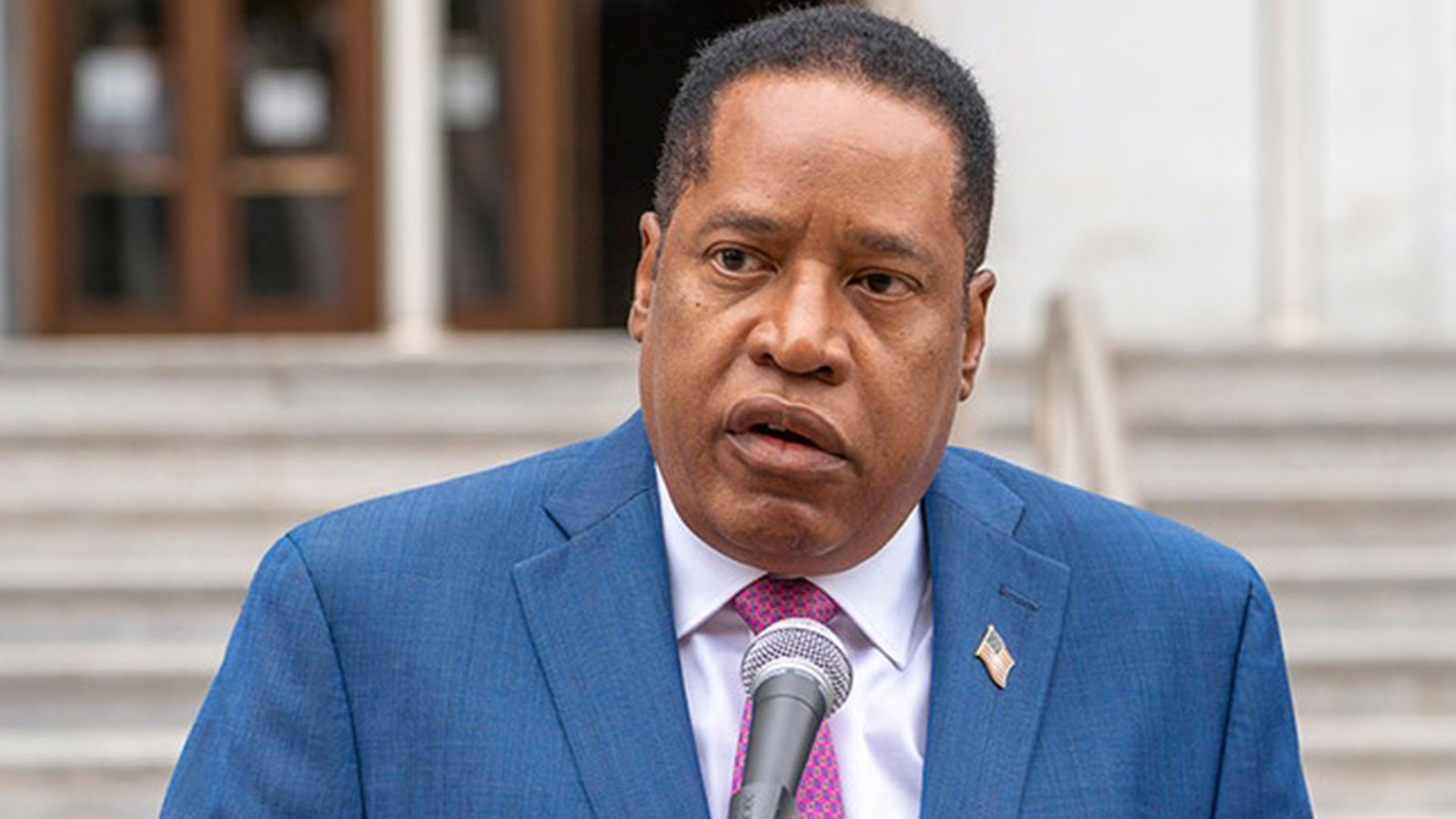 Conservative radio host and politician Larry Elder said during a July 18 appearance on Prager University’s “The Candace Owens Show,” that an argument could be made in favor of reparations for slave owners whose legal “property” was taken from them after the Civil War.

Elder, 69, sat down with Owens, a conservative talk show host and author, to share views on the current state of race relations and why the Black community “plays the victim card,” as reported by Insider.

During their conversation, Elder and Owens, who are both Black, touched on the topic of reparations, which are commonly advocated for by Black activist groups as a way to mitigate the financial repercussions of slavery by transferring federal funds and other resources to America’s Black communities.

Elder, however, argued that enslaved individuals were legally deemed “property” at the time. He noted that slave owners and their estates are owed compensation for the human property they lost following the end of the Civil War and the passage of the 13th amendment which partially abolished slavery after 1865.

BREAKING: Larry Elder called for SLAVE OWNERS to get reparations in newly unearthed footage by @RzstProgramming. Share this everywhere and remember to VOTE NO on the recall! pic.twitter.com/mdyH68jc8m

“When people talk about reparations, do they really want to have that conversation? Like it or not, slavery was legal,” Elder said. “Their legal property was taken away from them after the Civil War, so you could make an argument that the people that are owed reparations are not only just Black people but also the people whose ‘property’ was taken away after the end of the Civil War.”

The conversation began when Owens, known for using her platform to spread misinformation, incorrectly stated that the United States was “one of the first countries that banned the slave trade.”

The U.S. was actually one of the last to do so, according to PolitiFact.

In response, Elder said that the United Kingdom’s government “compensated slave owners” with “substantial amounts of money “after they lost their “property.” This was a major reason why the U.K. never fought a battle like the Civil War in America, Elder argued.

Per the Centre for the Study of the Legacies of British Slavery, after the Slavery Abolition Act of 1833 was passed in the U.K., former slave owners received £20 million in compensation from the British Slave Compensation Commission.

“You look at the amount of money adjusted for today’s dollars, it’s a great deal of money that the former slave owners got, which is one of the reasons they didn’t fight a war,” Elder speculated, providing no further evidence to verify the claim.

Elder, who is in the midst of a campaign to replace California Gov. Gavin Newsom in the state’s recall election, has been in the news recently following accusations made by ex-fiancé Alexandra Datig who claimed Elder verbally and emotionally abused her.

In August, Datig told Politico about an alleged incident in 2015 where Elder took a .45 pistol out of a bedroom nightstand in an act of “silent scorn” and “anger” while the two were arguing.

Datig called it a “Phil Spector moment,” referring to the infamous record producer who shot and killed his girlfriend, Lana Carson, in 2003. “At the same time,” she added, “I’m also very fearless and, having grown up around guns, I didn’t take it seriously.”

We’re going to save this state. California’s best days are ahead. On September 14, vote YES to recall Gavin Newsom.

Elder issued a statement denying any wrongdoing, as published by The Los Angeles Times and on social media.

“I have never brandished a gun at anyone,” he tweeted. “I grew up in South Central; I know exactly how destructive this type of behavior is. It’s not me, and everyone who knows me knows it’s not me. These are salacious allegations.”