You Are Here: Home » Initiatives » Petition on The “War on Drugs” 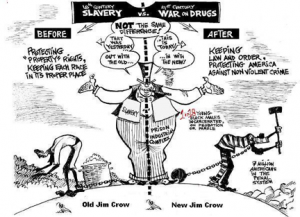 The “War on Drugs” is a War on Black People!

Forty-two years after President Richard M. Nixon declared a “War on Drugs” under the guise of halting trafficking in drugs in the United States,the evidence is clear: The War on Drugs has been a “war on us,” a politically motivated, racially biased strategy which has disproportionately targeted African Americans and other people of color. The unwarranted mass incarceration of millions of mostly young Black males has disrupted families, decimated communities and rendered America´s “dark ghettos” zones of desperation, desolation and despair – neighborhoods where persistent poverty, unemployment, underemployment, inferior education, crime, violence and fratricide abound – conditions borne of decades of blatant neglect of the social and economic needs and unfulfilled aspirations of urban inner-city residents. It must be understood that the “War on Drugs” was a choice, a policy decision to utilize “zero tolerance,” paramilitary policing strategies, “get tough” laws and mandatory sentencing to pacify “out of control” Black communities, rather than focus on social, racial and economic justice.

The results have been nothing less than disastrous

How is it that 85% of drug users are non-Black but 74% of those convicted for drug offenses are Black? The “War on Drugs” has been a War on Black People!

A Righteous Call To Arms 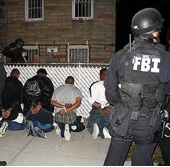 The Institute of the Black World 21st Century (IBW 21) is calling on you to join a multitude of affected and concerned Black people in the to fight to end this war on Black people!We need fathers and mothers, brothers and sisters, sons and daughters, the currently and formerly incarcerated, and all others who are the victims of this failed strategy to demand an end to the war now!