New York, NY — Dr. Ron Daniels, Convener of the National African American Reparations Commission (NAARC), announced today that the Evanston, IL Reparations Initiative has been certified by the Commission as meeting the standard definitions, principles and criteria for a Reparatory Justice Initiative. Citing the Commission’s Final Assessment and Recommendations which are being released to key stakeholders in Evanston today, Dr. Daniels said:  “While the NAARC Team recognizes that the process of finalizing the implementation of the Initiative  is still a work in progress, the essence of the systems and processes which are being established exemplify the principles and criteria of an authentic Reparatory Justice Initiative.  We view Evanston as a model which can be replicated around the nation.”

Under the leadership of 5th Ward Alderman Robin Rue Simmons, in 2019 the City Council voted to establish a Reparations Initiative that would allocate 10 million over a ten year period to address longstanding racially-exclusionary policies and practices which devalued wealth and ultimately displaced African Americans from Black neighborhoods across the City.  Preliminary engagement with NAARC began in September of 2019 when Alderman Simmons reached out to the Commission to assist with developing the Initiative in a manner that was consistent with the definition of reparations and the attendant principles and criteria for reparations projects.

As detailed in its Initial Assessment and Recommendations, the Task Team’s work began in earnest on  December 10-11, 2019 with a site visit to the City which included consultative meetings with the Reparations Sub-Committee of the City, other Members of City Council, key private sector stakeholders, African American stakeholders and a tour of Evanston’s Black communities impacted by redlining and other discriminatory policies. The visit concluded with an electrifying educational Town Hall Meeting at the First Church of God featuring the NAARC Task Team, Alderman Simmons, leaders from the African American Community and Danny Glover, UN Ambassador for the Decade of People of African Descent.  Upwards of 800-1,000 people packed the fellowship hall for a spirited and inspirational gathering.

Rather than release the Initial Assessment, the NAARC Task Team elected to work with Alderman Simmons and local stakeholders to devise a process for implementing the principles and criteria for a reparatory justice initiative based on conditions in Evanston.  “After several months of engagement, we are excited that Evanston has progressed this far in advancing a local Reparations Initiative, particularly at a moment when there is a mass movement in the streets demanding that issues of structural/institutional racism and white supremacy be addressed,” Dr. Daniels said. “We commend all the stakeholders, the Reparations Sub-Committee and Members of City Council who have invested time and energy developing processes, structures and systems for the milestone Evanston Reparations Initiative,” he concluded.

Other Commissioners on the NAARC Team added their thoughts on the importance of the Evanston Reparation Initiative: Kamm Howard, who spent time working directly with Alderman Simmons and Members of the Reparations Sub-Committee said: “The ‘reckoning’ for historical harms against Blacks in America began in Evanston. As we observe more and more cities replicate this choice, the stage is set for full reparations in this country.”

Rev. Dr. Iva Carruthers, who has family roots in Evanston offered her reflections: “Commitment and efforts to reparatory justice in Evanston is not only historic and transformative for this city and the nation, it is personal to me.  My family migrated from AK to Evanston a century ago and as a 4th generation Evanstonian, I can testify to how this pivotal moment and the work ahead honor the suffering and sacrifices of so many.  Under the extraordinary leadership of Alderwoman Simmons to engage this diverse community, the sacred work of reparations is seeding healing for generations yet to come.”

Alderman Robin Rue Simmons, who introduced the historic Reparations Initiative Resolution to City Council, expressed her satisfaction with the way the milestone Initiative as progressed thus far: “This work is as complex as it is important and we are on the road to repair generations of oppression in the Black community of Evanston.  I am grateful for the ongoing support, education and contributions from NAARC; they’ve given us a guide to reference throughout our process.  I am incredibly proud of my City, a City of leaders, moving beyond apology to action.”

Dr. Ron Daniels indicates that the NAARC Team will review its Assessment and Recommendations at a Virtual Town Hall Meeting Hosted by the Reparations Sub-Committee scheduled for Thursday, August 27th. NAARC has invited Danny Glover, Actor/Activist and UN Ambassador for the Decade of People of African Descent and Congresswoman Sheila Jackson Lee, lead Sponsor of HR-40 to appear at the Town Hall Meeting. Both have been supportive of the Evanston Reparations Initiative and the leadership of Alderman Robin Rue Simmons. 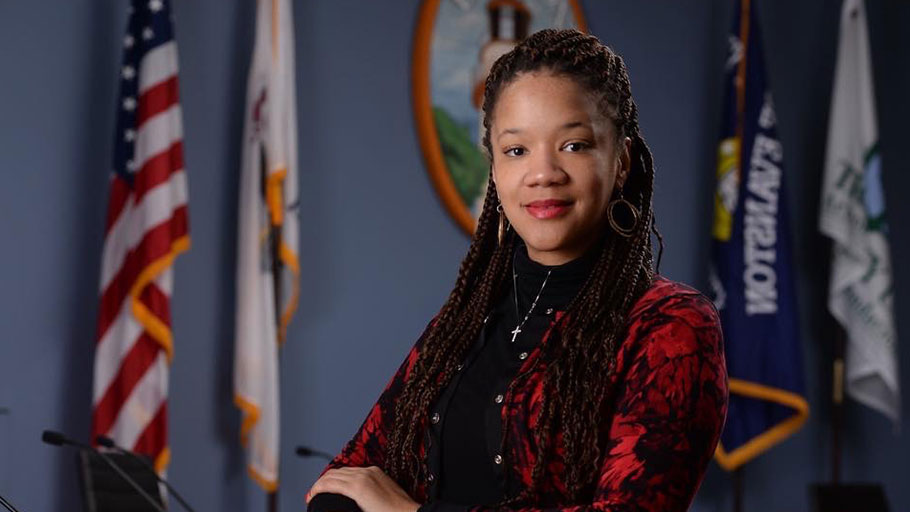 Initial Assessment of the Evanston, Illinois’ Reparations Initiative And Recommendations

For Information or to arrange interviews contact Don Rojas: naarc@ibw21.org