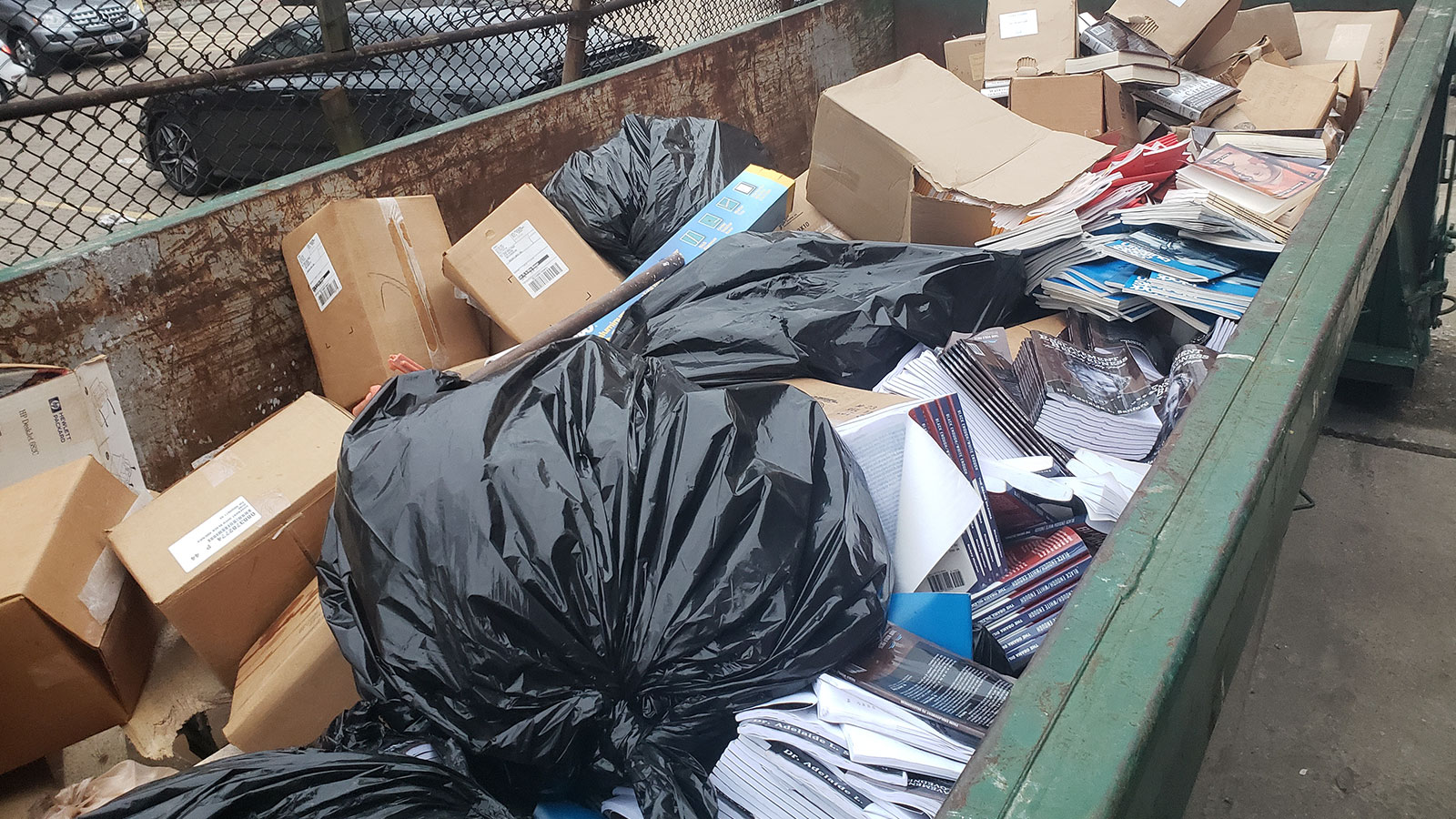 Dr. Haki Madhubuti was devastated, overcome with tears, when he saw the photos of his flooded property. “I was in Cleveland on December 9, 2023 getting ready to speak at a local event when Antoine Lindsey, one of my associates, notified me that the basement was flooded because a pipe had burst below the building,” said Dr. Madhubuti, an acclaimed poet and author, during a phone interview on Jan. 23. “To correct the damage they had to dig up the entire street in front of our building.” It took at least 3 weeks for them to repair the broken pipes and drain the seepage. 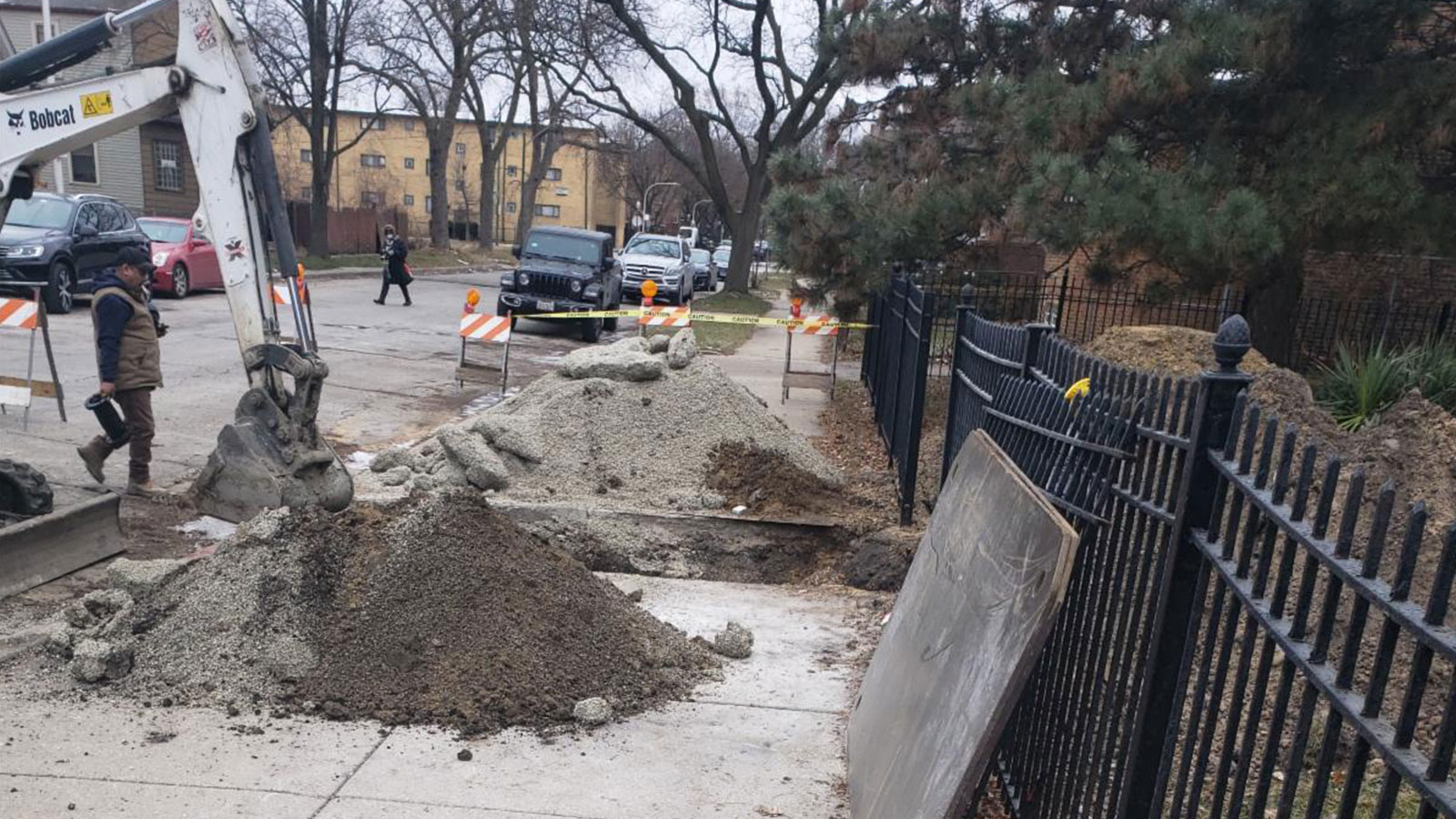 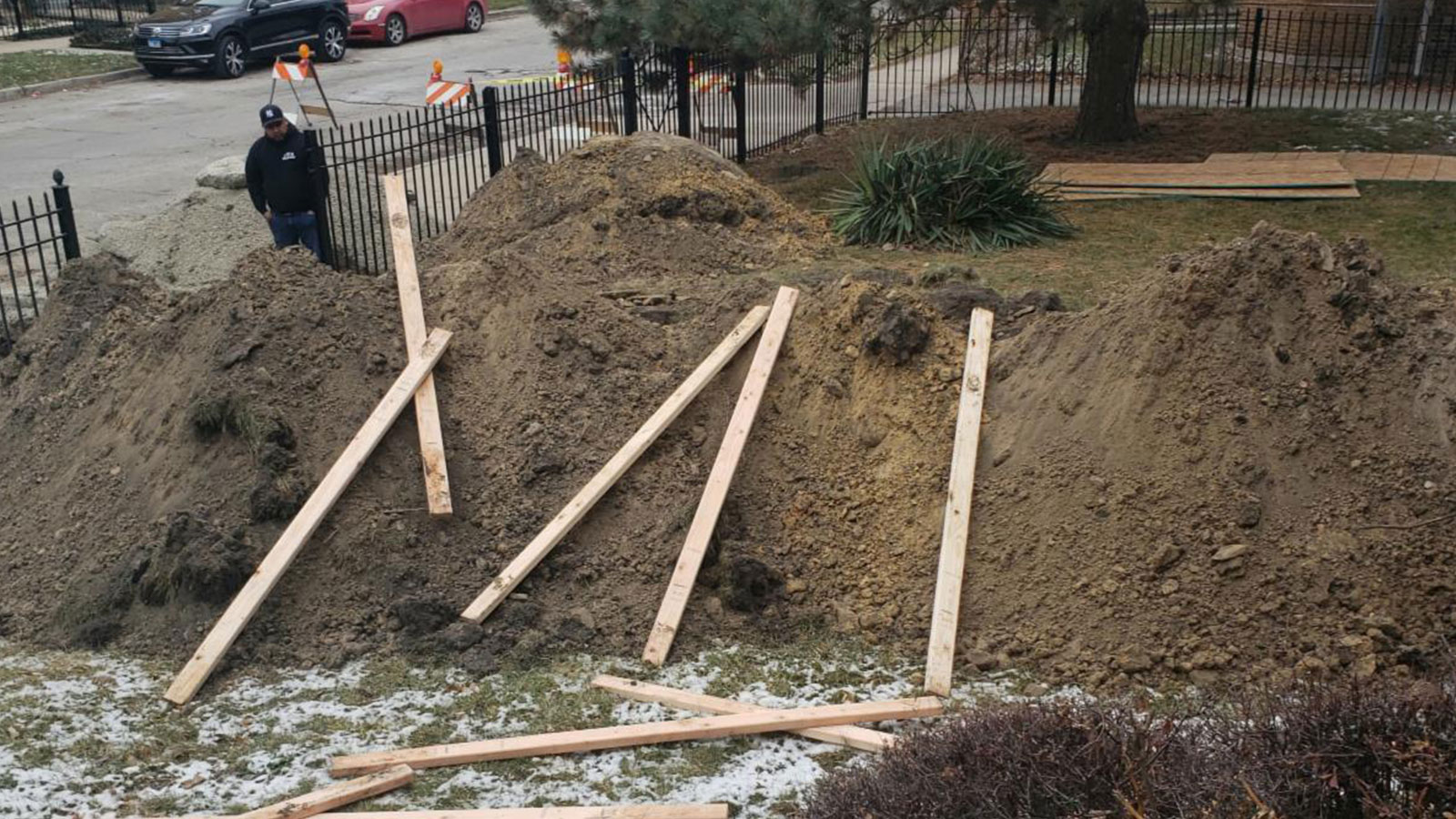 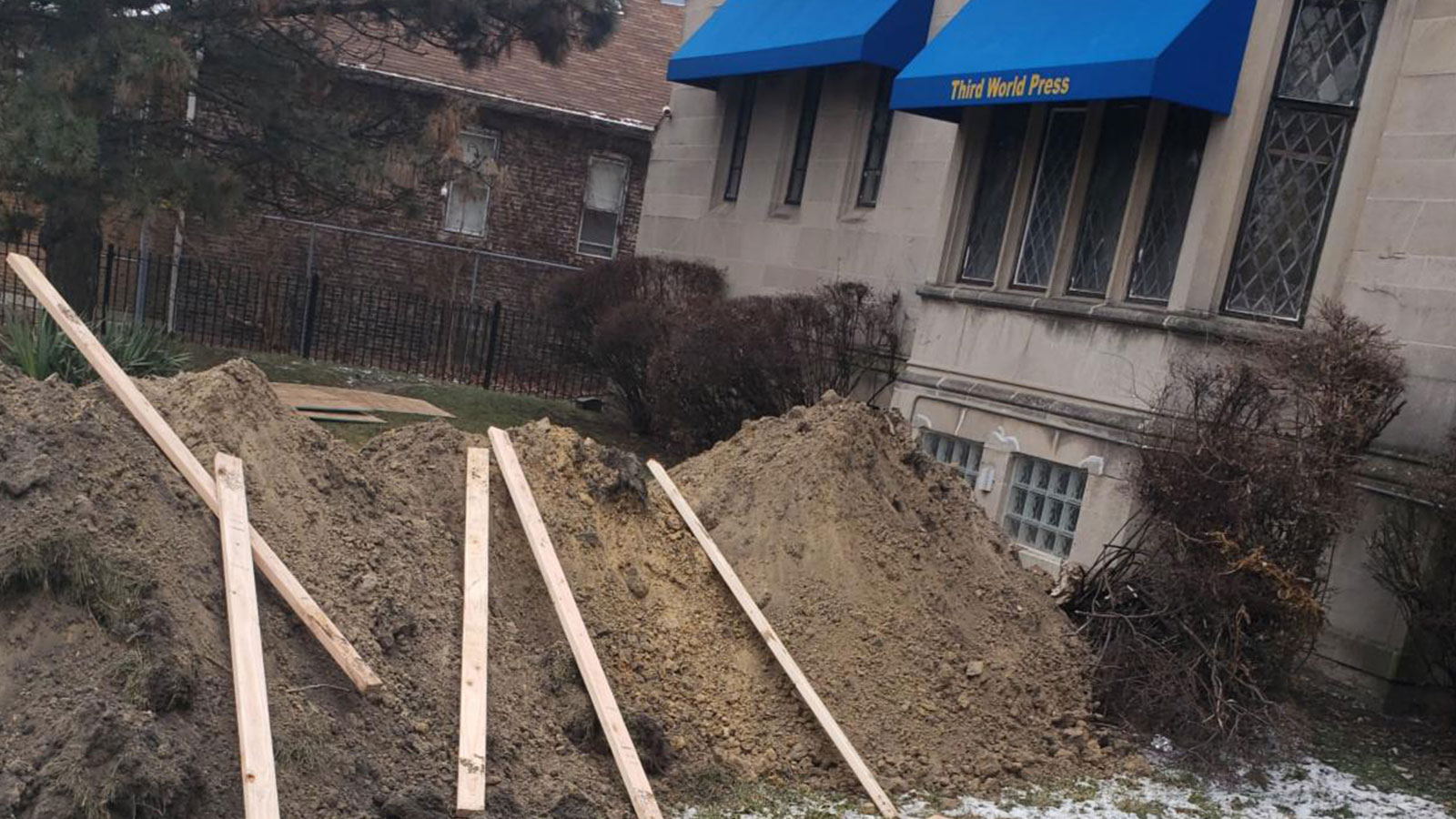 After consulting with his board at Third World Press Foundation, a press Dr. Madhubuti founded 55 years ago, members of his staff and volunteers were able to salvage many books and relocate them in the building. When Dr. Madhubuti arrived later to assess the damage, there were more tears after seeing huge dumpsters filled with the company’s stock. “Two large dumpsters the width of the building were overflowing with books and I could not hold back the tears watching my lifetime of work destroyed. Our losses are catastrophic,” he said, his voice breaking up as he recounted the experience. 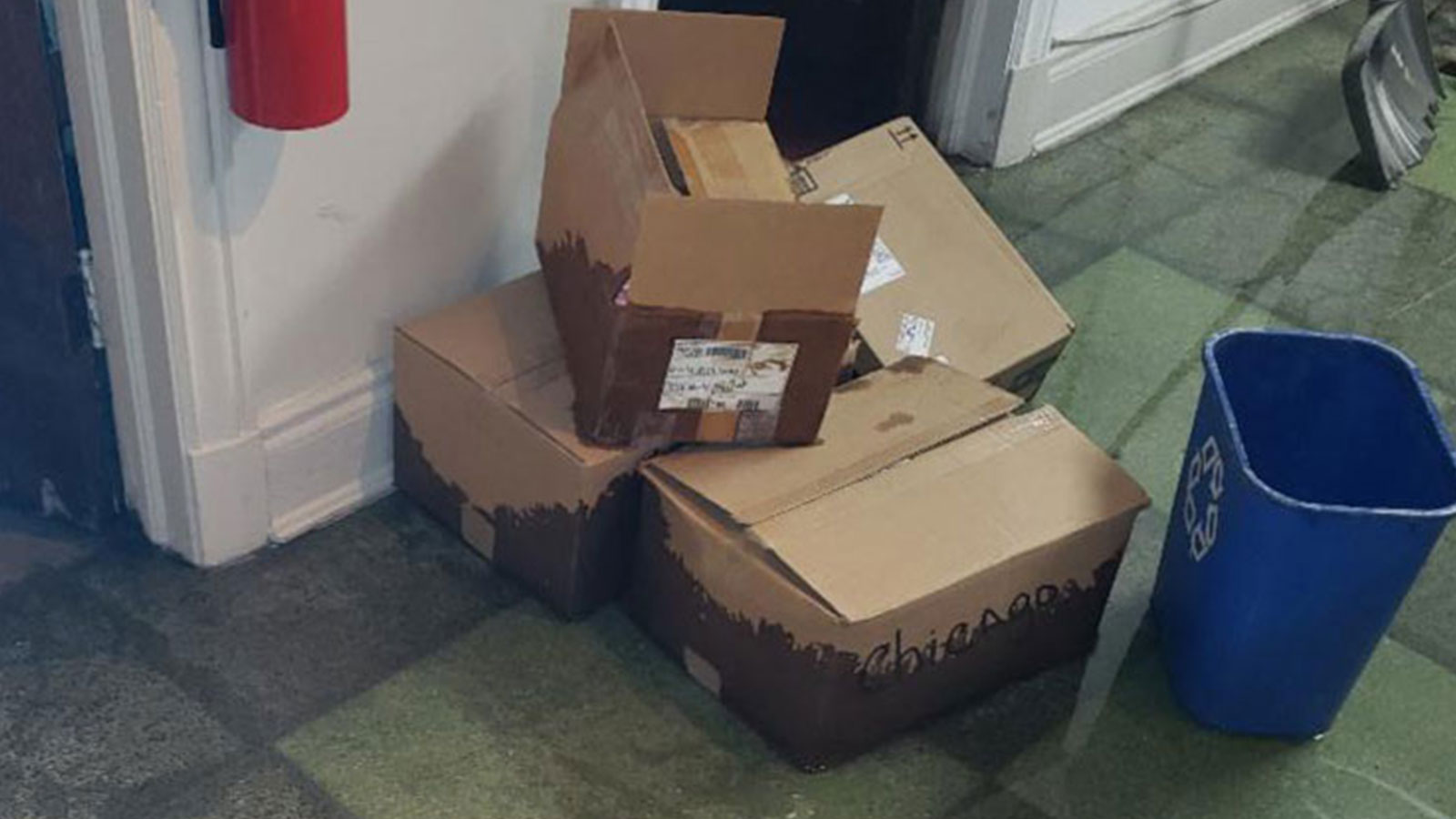 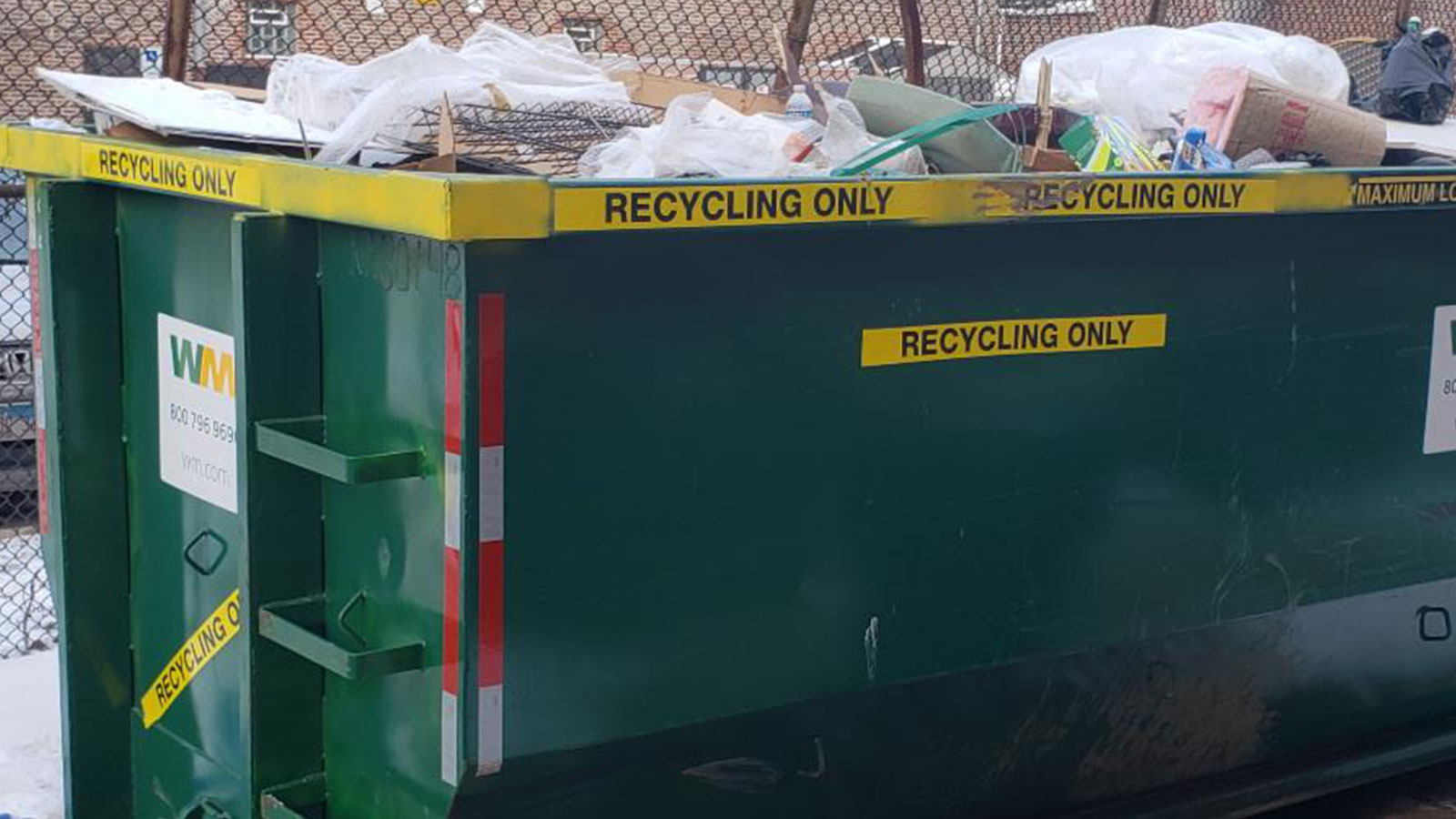 Dr. Diane Turner, TWP board member, suggested a GoFundMe Drive for a non-profit company that had already been enduring periods without heat and water, and only a couple of functioning toilets. Currently, the GoFundMe campaign has been moving along quite successfully, and was given a considerable boost by a $50,000 donation from basketball star Kyrie Irving of the Brooklyn Nets. “His donation is almost half of what we’ve received, and I am considerably thankful for the more than $53,000 from ordinary hardworking people,” he said, and the activist and artistic community have mounted a serious effort of support.

When it was determined that the damage was nearly $200,000, he balked at asking that much, believing it was too much. A goal of $95,000 was established. “We will keep the campaign going through February and Black History Month and then close it down,” he said. One donor, who asked to remain anonymous, said “This is a monumental setback, and particularly painful when you consider that Third World Press is an independent Black company upholding the sixties notion of self-determination,” she said. “He and the company have been there for us and we’ve got to be there for them.”

Some of the donors expressed their heartfelt concern. The esteemed scholar Dr. Maulana Karenga wrote on the donor page for Third World Press to “continue the struggle, keep the faith and hold the line.” Poet and author Quincy Troupe observed that “Third World Press is a repository of African American literature.” Author and musician Ishmael Reed said that “Being a Black businessman in a country that’s opposed to Blacks acquiring assets is hardship. Especially, if the product is thought. In the 19th century, Black newspapers were burned to the ground. Nowadays other means are employed.”

Those interested in donating and supporting the Flood Fund for Third World Press Foundation go to https://gofund.me/e98d712c