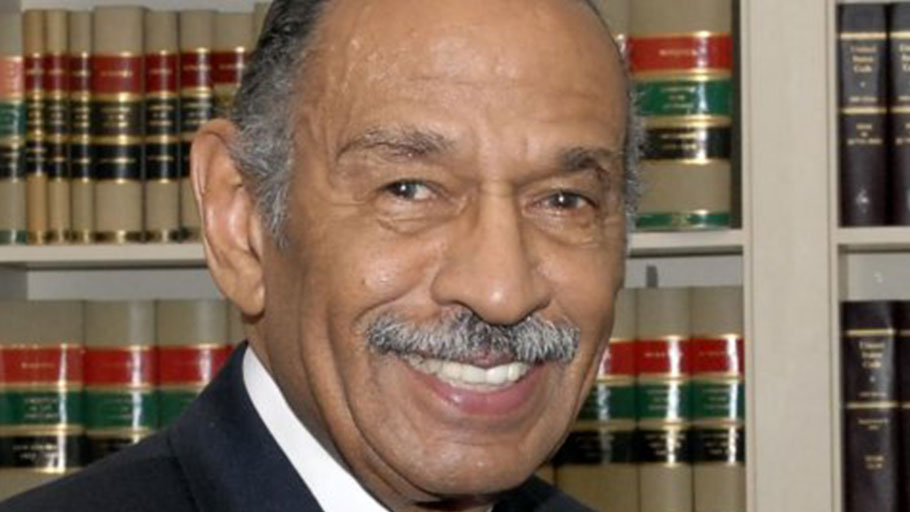 In January of 1989, I first introduced the bill H.R. 40, Commission to Study Reparation Proposals for African Americans Act. I have re-introduced HR 40 every Congress since 1989, and will continue to do so until it’s passed into law.

Oct. 1 (GIN) – Solidarity among artists rescued the larger than life painting of a tragic miners’ strike in 2012 where some 44 people were killed and 78 wounded in a murderous onslaught by security guards against workers that horrified the nation.

Half Ounce of Pot Gets Louisiana Man 20 Years in Prison

By IBW21Commentaries/Opinions, War on the “War on Drugs” Posts

While Colorado and Washington have de-criminalized recreational use of marijuana and twenty states allow use for medical purposes, a Louisiana man was sentenced to twenty years in prison in New Orleans criminal court for possessing 15 grams, .529 of an ounce, of marijuana.

President Goodluck Jonathan yesterday said that Nigeria deserved to have a non-permanent seat on the United Nations Security Council.

President Jonathan made this comment while addressing the 68th Session of the United Nations General Assembly in New York. Election for who occupies the seat will take place in October, this year

By IBW21Commentaries/Opinions, War on the “War on Drugs” Posts

We are living in boom times for the private prison industry. The Corrections Corporation of America (CCA), the nation’s largest owner of private prisons, has seen its revenue climb by more than 500 percent in the last two decades.

Reflections on the Kenya Terror Attack

After the September 11 attack on the World Trade Center, as Nation editors were trying to figure out what should go into that week’s issue, William Greider, the magazine’s national affairs correspondent, offered some wise words that I’ve never forgotten. “Later, there will be time for analysis of who and what was responsible,” he said. “Right now, it’s time to grieve.”

Sep. 24 (GIN) – The shocking terror assault at a popular shopping center in Nairobi sent shivers around the world as global news media supplied minute to minute coverage of the deadly event.

Some 68 people were killed and 170 injured in the attack by alleged Somali Al-Shabab insurgents who, for four days, held hostages in a siege at the upscale store.

News photographers at the scene snapped graphic images of frantic store visitors but also victims who lay bleeding and possibly dying. Horrific pictures, on page one of a New York daily and in several papers in Africa, soon sparked a fierce online debate.

“How much blood is too much?” asked columnist Richard Prince in his column Journal-isms. In a piece titled “Race Factor Raised in Graphic Images from Kenya,” he quoted Michael Deibert, a white journalist, who observed: “Quite honestly… I was shocked and dismayed by this… Would the New York Times run photos of blood-soaked dead white Americans after one of the many mass shootings that occur in the United States? I doubt it.”

Senior faculty member Kenny Irby of the Poynter Institute told Prince: “There continues to be an apparent double standard which I refer to as the ‘exotic rule’. The farther away and the browner the faces, the less sensitive I find the ethical rigor. For instance, I could not find a body in the Navy Yard or Boston Marathon shootings.”

NY Times Public Editor Margaret Sullivan defended the occasional use of sickening pictures such as those recently published from Syria. “Images of war matter,” she wrote, citing such iconic shots as the brutal execution of a Vietcong guerrilla, a naked Vietnamese girl burned by napalm and the charred corpses of American contractors hanging from a bridge in Falluja, Iraq.

Photo editor Michele McNally added: “I think our audience is very sophisticated. They don’t want us to pull our punches.”

Meanwhile, back in Kenya, a front page picture of a blood-spattered woman shrieking in agony sparked a torrent of furious complaints. It prompted Nation Media Group CEO Linus Gitahi to issue an apology. “Kenyans, we made a poor judgment on our front page photo today. We sincerely apologize for the hurt caused.” The apology was forwarded on Twitter 1,192 times.

The Age of Hyper-Racism: White Supremacy as the White Knight of Capitalism

By Michael Ortiz
We’ve heard the argument over and over. “Of course we’re in a post-racial society; racism is over; slavery is long gone; the president is black, etc.” And then we’ve heard the counterargument over and over. “Post-racial?! How can that be the case when health disparities remain significant along racial lines? When unemployment and incarceration continue to disproportionately affect people of color, etc.?”

By Sean Posey
In the summer of 2008, a tidal wave of liberal and youth activists began to carry presidential candidate Barack Obama on a journey leading inexorably to the White House. Town halls and campaign stops attracted droves of admirers-with Obama taking on a persona more akin to a rock star than to a senator from Illinois. However, during a campaign stop in St. Petersburg, something unexpected happened.

Progressives won big in four arenas over the past two weeks. They played key roles in stopping a military strike on Syria, defeating Larry Summers’s bid to head the Fed, winning basic protections for 1.9 million home health care workers, and forcing companies to disclose the gap between their CEO and worker pay.