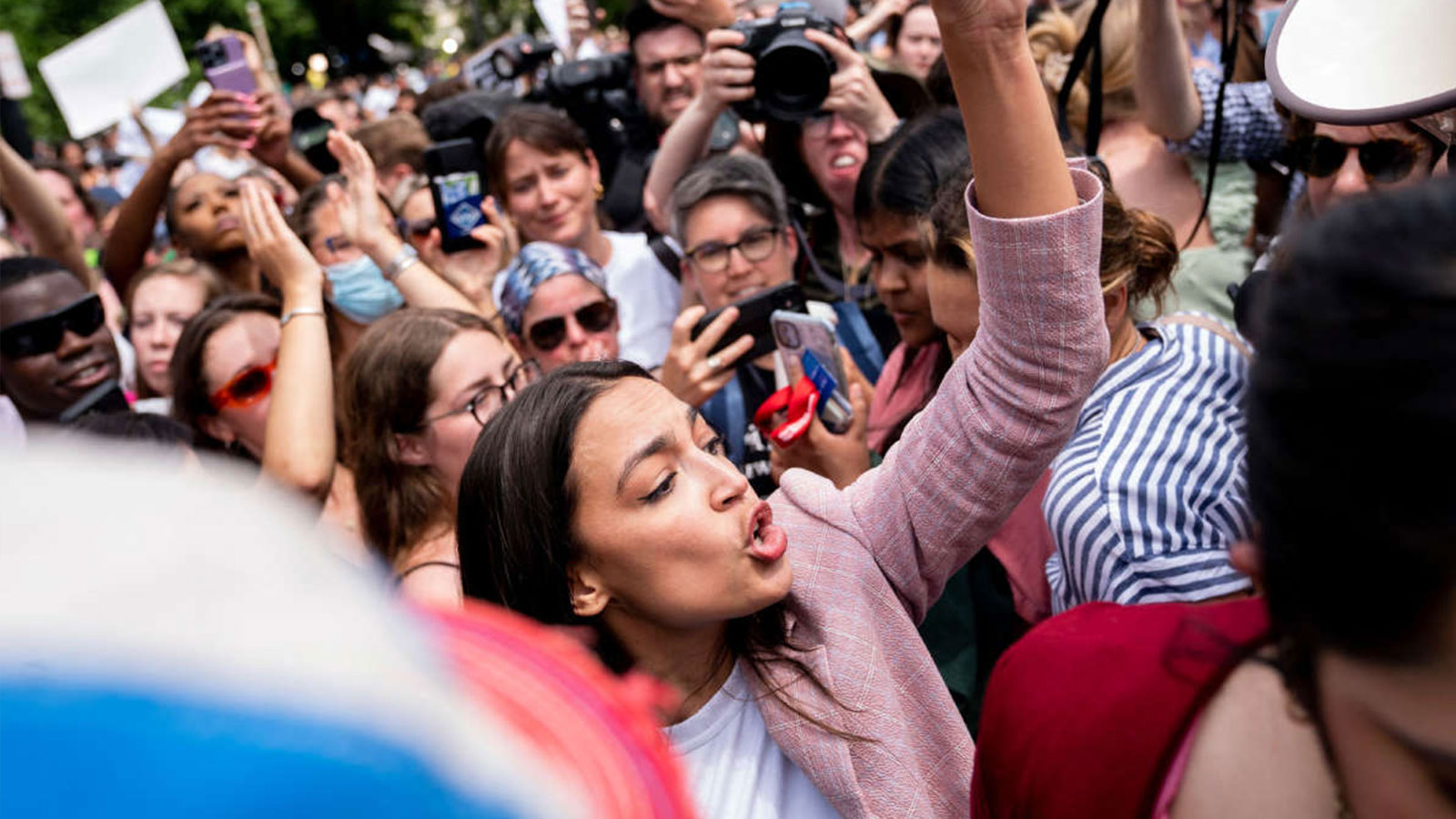 Alexandria Ocasio-Cortez: “We are witnessing a judicial coup in process”

You Are Here: Home » Blog » Commentaries/Opinions » Alexandria Ocasio-Cortez: “We are witnessing a judicial coup in process”

The Supreme Court will soon hear a case that could fundamentally change how the electoral process works in the U.S.

As the Supreme Court prepares to hear a case that could fundamentally change how elections are run in the U.S., Rep. Alexandria Ocasio-Cortez (D-New York) is sounding the alarm about extremist justices’ apparent intentions to stage a “judicial coup.”

On Thursday, the Supreme Court agreed to hear Moore v. Harper, a case in which right-wing plaintiffs argue that the North Carolina Supreme Court did not have the jurisdiction to strike down gerrymandered maps that gave the GOP undue advantage in state elections. If the Supreme Court rules for the plaintiff, it could completely undermine the democratic process and empower politicians to draw gerrymandered election maps nearly unilaterally.

In response to news of the Moore case, Ocasio-Cortez said that it is time for political leaders to take decisive actions to stop the far right Supreme Court from further eroding Americans’ rights.

“We are witnessing a judicial coup in process,” she wrote. “If the President and Congress do not restrain the Court now, the Court is signaling they will come for the Presidential election next. All our leaders – regardless of party — must recognize this Constitutional crisis for what it is.”

“At this point we should be well beyond partisanship,” continued Ocasio-Cortez. “Members of Congress have sworn an oath to the Constitution. It is our duty to check the Court’s gross overreach of power in violating people’s inalienable rights and seizing for itself the powers of Congress and the President.”

In the wake of the most consequential and extremist SCOTUS term in modern history, Ocasio-Cortez has continually called for Democratic leaders to fight back against extremist Supreme Court justices with actions that meet the severity of decisions like the overturning of Roe v. Wade.

Just in the past eight days, the Supreme Court has ruled to: (1) limit the enforcement of Americans’ Miranda rights; (2) shoot down a New York law that restricted the ability to carry concealed guns in public; (3) wrench bodily autonomy from millions of Americans who can get pregnant; (4) allow public school employees to lead students in prayer; and (5) severely limit the Environmental Protection Agency’s (EPA) ability to regulate greenhouse gasses.

With the Moore case on the docket and extremist justices demonstrating their willingness to overturn long-held Court precedents, the Supreme Court’s next session starting in October is shaping up to be equally severe. Right-wing politicians have begun fantasizing about which rights they can target next since Justice Clarence Thomas wrote in the Dobbs v. Jackson decision to overturn Roe that gay marriage and contraception should also be reconsidered in the wake of the decision on abortion rights.

In response to these rulings, Ocasio-Cortez has called for Supreme Court justices to be impeached. Lawmakers have accused at least three justices of lying in their confirmation proceedings; Brett Kavanaugh, Neil Gorsuch and Amy Coney Barrett all said that they would be willing to uphold precedents like Roe. Lawmakers say those three justices essentially lied under oath in order to secure their spot on the Supreme Court. Ocasio-Cortez has also called for Thomas to be impeached over his wife Ginni Thomas’s ties to the January 6 attempted coup.

“Catastrophic,” the New York progressive said in response to the Court’s EPA decision. “A filibuster carveout is not enough. We need to reform or do away with the whole thing, for the sake of the planet.”