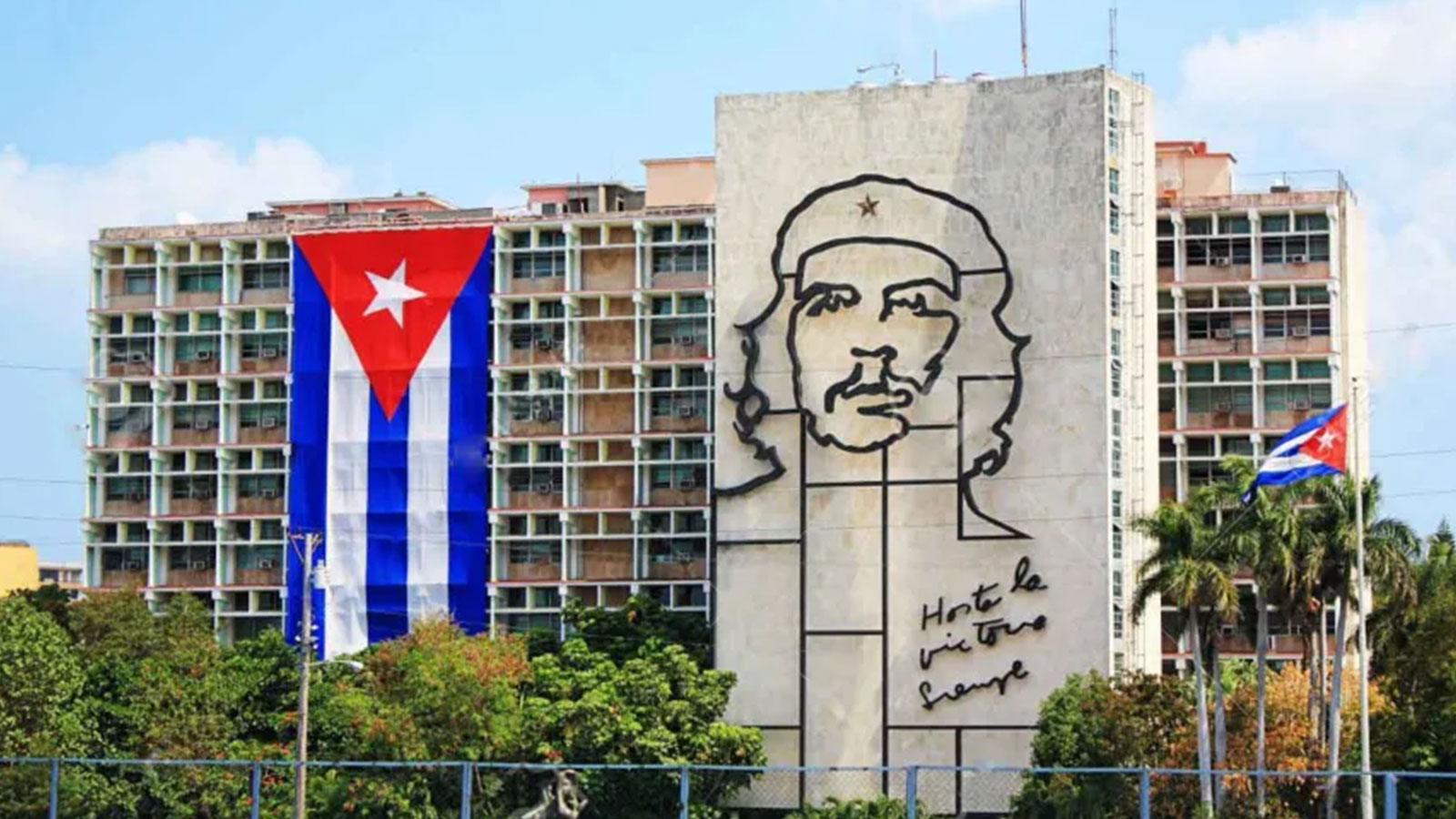 You Are Here: Home » Blog » Commentaries/Opinions » Biden should remove Cuba from the infamous state sponsors of terrorism list

U.S. groups are calling on the Biden administration to stop its cruel sanctions that are creating such hardship for the Cuban people.

As the Cuban government celebrates the July 26 Day of the National Rebellion–a public holiday commemorating the 1953 attack on the Moncada Barracks that is considered the precursor to the 1959 revolution–U.S. groups are calling on the Biden administration to stop its cruel sanctions that are creating such hardship for the Cuban people. In particular, they are pushing President Biden to take Cuba off the list of state sponsors of terrorism.

Being on this list subjects Cuba to a series of devastating international financial restrictions. It is illegal for U.S. banks to process transactions to Cuba, but U.S. sanctions also have an unlawful extraterritorial reach. Fearful of getting in the crosshairs of U.S. regulations, most Western banks have also stopped processing transactions involving Cuba or have implemented new layers of compliance. This has hampered everything from imports to humanitarian aid to development assistance, and has sparked a new European campaign to challenge their banks’ compliance with U.S. sanctions.

These banking restrictions and Trump-era sanctions, together with the economic fallout from COVID-19, have led to a severe humanitarian and economic crisis for the very Cuban people the administration claims to support. They are also a major cause of the recent increase in migration of Cubans that has become a major political liability for the Biden administration.

At the beginning of Biden’s presidency, he stated that Cuba’s designation on this list was under review. Eighteen months later, with the administration obviously more concerned about Florida politics than the welfare of the Cuban people, the results of this review have still not been revealed. Cuba remains on the list, with no justification and despite Biden hailing diplomacy – not escalation of tension and conflict – as his administration’s preferred path.

During the Obama administration, when there was a warming of bilateral relations with Cuba, the Obama-Biden White House undertook its own review and certified that the government of Cuba was not supporting terrorism and had provided the U.S. with assurances that it would not do so in the future. As a result, Cuba was taken off the infamous list.

When Donald Trump became president, he not only imposed over 200 new, harsh sanctions on the island, but in the last days of his administration, in a final move to curry favor with anti-normalization Cuban-Americans, he added Cuba back onto this list. The only other countries with this designation are Syria, Iran and North Korea.

The addition of Cuba to the list by then Secretary of State Pompeo curtailed a process of congressional consultation and avoided conducting any actual formal review of Cuba’s supposed actions to justify its addition to the list again.

The nonsensical rationale by Pompeo to add Cuba back to the list was that Cuba was granting safe harbor to Colombian terrorists. But these Colombian groups were in Cuba as part of an internationally recognized process of peace negotiations that the United States, Norway, Colombia and even Pope Francis supported.

Trump specifically cited Cuba’s refusal to extradite ten members of the ELN (National Liberation Army), as requested during Colombia’s Ivan Duque administration. However, Cuba was under no obligation to extradite anyone as they have no extradition treaty with the United States, nor is the failure to extradite someone based solely on the United States’ desires an act of “terrorism.” In addition, Colombia’s Constitution states that “extradition shall not be granted for a political crime.” Moreover, Gustavo Petro, a former member of another rebel group called M-19, will soon be inaugurated as the next president of Colombia. He has said to the ELN and all existing armed groups that “the time for peace has come”—a message the Biden administration should embrace.

The other reason stated by the Trump administration for adding Cuba to the list is that Cuba harbors U.S. fugitives from justice. The 2020 State Department report cited three cases, all involving incidents that occurred in the early 1970s. The most famous is the case of Assata Shakur (born Joanne Chesimard), who has become an icon of the Black Lives Matter movement. Shakur, now 75 years old, was a member of the Black Liberation Army. In a trial that many deemed unfair, she was convicted of killing a state trooper when, in 1973, the car she was traveling in was stopped on the New Jersey Turnpike for a broken tail light. Shakur escaped from prison and was granted political asylum in Cuba. Fidel Castro called her a victim of “the fierce repression against the Black movement in the United States” and “a true political prisoner.” Her co-defendant Sundiata Acoli, now in his mid-80s, was granted parole this year. Given how old the claims are and that these considerations were already previously reviewed by the Obama-Biden administration and not found to be sufficient to justify designation as a state sponsor of terrorism, it’s certainly time for the Biden administration to remember that and bury the hatchet.

Using this terrorist list for purely political reasons undermines the legitimacy of the terrorism designation itself. As Sen. Patrick Leahy said, “This blatantly politicized designation makes a mockery of what had been a credible, objective measure of a foreign government’s active support for terrorism. Nothing remotely like that exists [in Cuba].” On the contrary, Cuba has often been praised for its international cooperation and solidarity, especially in providing free or low-cost healthcare and medical support to poor countries worldwide, including throughout the global pandemic.

If anything, it is Cuba that has been the victim of international terrorism emanating mainly from the United States. This ranges from the 1961 Bay of Pigs invasion and hundreds of assassination attempts against Fidel Castro to the downing of a Cuban civilian airplane (while the United States provided actual cover to the terrorist, who lived out his life peacefully in Miami) and the bombing of Cuban hotels. Just last April, the Cuban Embassy in Washington, D.C., came under an armed attack by a U.S. citizen. The United States continues to provide millions of dollars in taxpayer funding every year to organizations engaged in defamation and smear campaigns, and to directly undermine the sovereignty of another government with little to no oversight.

Removing Cuba from the terrorist list would facilitate the island’s ability to receive loans, access critical foreign assistance and benefit from humanitarian aid. You can join the campaign to tell Biden to reverse the outrageous Trump-era designation that is unjust, harmful to the Cuban people, and damaging to U.S.-Cuban relations.