Shame and Shade in Birmingham: In Praise of Angela Davis

You Are Here: Home » Blog » Commentaries/Opinions » Dr. Julianne Malveaux » Shame and Shade in Birmingham: In Praise of Angela Davis 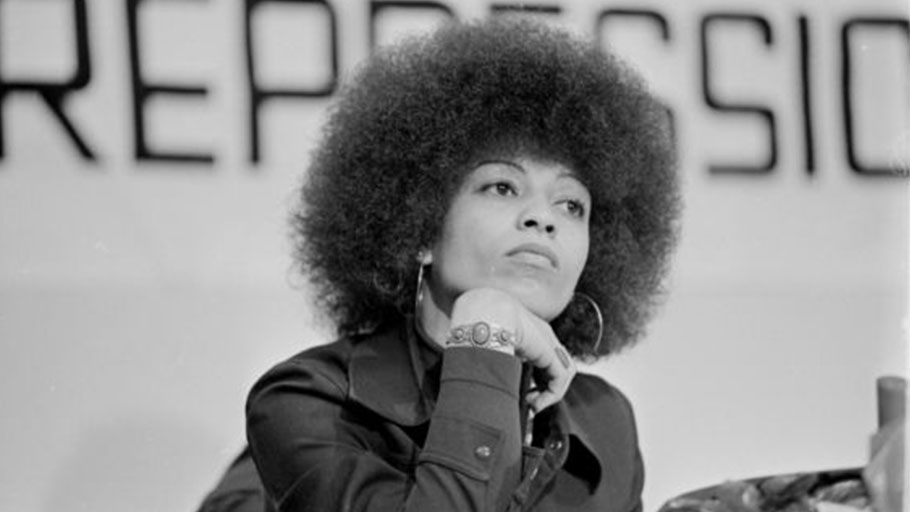 If anyone deserves a civil rights award, Angela Davis certainly does. The activist and scholar has been on the front lines of the civil rights movement all of her life. She has been especially active in prison reform matters, but she has also been involved in other civil and human rights issues. When I learned back in October that she would get the Fred Shuttlesworth Human Rights Award from the Birmingham Civil Rights Institute, I was absolutely delighted. I imagined the wide smile the daughter of Birmingham must have flashed when she learned that she would be honored

Everyone in Birmingham wasn’t thrilled, though. Some people in the conservative Southern town seemed disturbed that she had been a member of both the Black Panther Party and the Communist Party. Others were concerned about her support of the BDS (Boycott, Divestment and Sanctions Movement) against the Israeli occupation. She has said that she stands in solidarity with the Palestinian people, and advocates for their fair treatment in Israel.

Some ill informed people consider the BDS movement “anti-Semitic”. They suggest that any questions that one raises about Israel shows a bias against Jewish people. But Davis, a lifelong human rights activist, is concerned about the humanity of Palestinian people, as well as other people. And she is rightfully concerned, as many of us are, about the spate of laws recently passed that downright outlaw the BDS movement. According to the Middle East Monitor, a teacher in Texas, Bahia Amawl, refused to sign an oath that required her to pledge that she “does not currently boycott Israel”, that she will not boycott Israel and that she will “refrain from any action that is intended to penalize, inflict economic harm on, or limit commercial relations with Israel”. Texas is among some 25 states that have passed laws forbidding the state from doing business with companies that boycott Israel! It will also not invest pension funds in companies that support BDS. Thirteen more states including Washington DC, have similar laws to the Texas law pending, pitting people’s first amendment rights of free speech against support for Israel. And Florida Senator Marco Rubio, in the middle of a government shutdown, had the nerve to introduce national legislation that mirrors the Texas law (actually, Illinois was the first state to pass this discriminatory law).

Lots of people in Birmingham aren’t having it. Though the “Civil Rights Institute” has rescinded its award to Dr. Angela Davis, there has been significant protest about the decision. Birmingham’s Mayor, Randall Woodfin, who is a non-voting member of the Museum Board and did not participate in the decision to rescind the award (the city provides the museum with about a million dollars a year in operating funds) has expressed his dismay about the decision. Three board members have resigned from the board. And Alabama columnist Roy S. Johnson has written a fiery column accusing the Civil Rights Institute of insulting Rev. Shuttlesworth and staining its own legacy. Johnson says the Birmingham Jewish community may have been the loudest, but not the only folks pushing for Davis’ award to be rescinded.

Who rescinds an award after it has been granted for statements that were not recently made, but are a matter of record? Angela Davis has long been an outspoken activist, just like Rev. Fred Shuttlesworth was. Nothing had been changed from the time Davis was notified of the award and January 4, when it was rescinded. The BCRI did not have to honor Davis, but their canceling the award is a special kind of insult. Fortunately, Angela Davis has a thick skin, and she knows exactly who she is. She didn’t cringe when then-California governor Ronald Reagan had her fired from UCLA for her membership in the Communist Party. She didn’t flinch when she was incarcerated for a crime she did not commit. And she will not tremble because the BCRI rescinded the award.

Indeed, demonstrating the indomitable spirit that she is known for, Angela Davis will travel to Birmingham in February for an alternative event. And the Birmingham Civil Rights Museum has egg on its face. That city showed a young Angela Davis who they were when the Four Little Girls, some of whom she knew, were killed at the 16 Street Baptist Church in Birmingham. And they are showing her who they are once again. Shame and shade!

Unfortunately, I’m not surprised. One of the founders of the Women’s March has demanded the resignations of Tamika Mallory and Linda Sarsour because they attended one of Minister Louis Farrakhan’s Savior’s Days. Marc Lamont Hill lost his CNN commentary gig because he spoke up for Palestinian rights. Alice Walker has been criticized because she supports BDS. Now Angela Davis is being denied an award. When is enough going to be enough?

For the record, I support Palestinian rights. And I support Israel’s right to exist. Are the two incompatible? I think not. The one-state solution, with a right to return, and full citizenship rights for Palestinians makes sense. But Israel is not about to budge, and BDS as an attempt to influence it. States passing laws to outlaw free speech erodes the first principle of our Constitution and undercut the actions at the very foundation of our nation. Remember the folks who dumped tea into the Boston Harbor because of an unfair tax? Today that action might be against the law!

Dr. Julianne Malveaux is an economist, author and Dean of the College of Ethnic Studies at California State University at Los Angeles. Juliannemalveaux.com