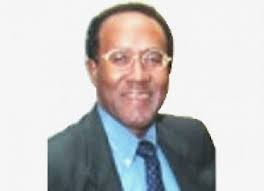 Orlando is known as the city of Disney World, where families take their children to enjoy the make believe world of cartoon characters.  On Sunday morning, June 12, Americans woke up to the reality that 49 lives were taken from us by a terrorist who claims allegiance to the Islamic State in Syria and Iraq.

The country has had to endure spasmodic mass killings perpetuated most often by the mentally deranged who managed to procure semi-automatic weapons like the AR-15.  That is the weapon that Omar Mateen used to murder 49 persons who were partying at the Pulse Gay Bar in Orlando, Florida.

One can envision a society that is sufficiently disciplined and guns are used responsibly.  That may have been American society of yesteryear but that is no longer the case in contemporary American society.  Unless there is a bipartisan agreement on the banning of semi-automatic assault weapons like the AR-15, then what we witnessed in Orlando will not be a rarity but a frequent occurrence.

In 1994, the Violent Control and Law Enforcement Act, this infamous bill which many argued led to mass incarceration, did ban semi-automatic rifles for ten years.  When the renewal for the ban came before Congress in 2004, the shift in the country’s ideology meant that there was not a majority of votes in Congress to extend the ban.  In many states in the United States, such as Florida, anyone who can pass a background check can purchase lawfully a semi-automatic rifle like the AR-15.  Mateen purchased his weapon shortly before he embarked on committing the worst mass killing in the history of the United States.

The spectre of lone wolves brings a new dimension to access to semi-automatic rifles.  American society in recent decades has become more heterogeneous and the country has a more challenging task of effectively maintaining a value consensus on critical issues such as abortion and gay rights.  There has been violence surrounding abortion clinics even though the Supreme Court ruling in Roe vs Wade ruled in 1973, forty-six years ago, that a woman had the right to choose.  But the violence surrounding abortion has resulted in the assassination of doctors but nothing of a mass killing nature that has plagued the gay community.

The San Bernardino terrorist act in December, 2015 and the Orlando massacre of June, 2016 are clear indications that lone wolves inspired by ISIS or Al Qaeda do have the capacity to inflict great harm to American society.  Lone wolves are more difficult to depict, unlike conspiratorial terrorists who carried out the massacre in Paris in November, 2015.  Thus far the work of law enforcement has managed to thwart those kinds of conspiratorial attacks in the United States.  What law enforcement has not been able to prevent is the lone wolves who manage to stay below the radar.

Both the shooter in San Bernardino and in Orlando were men who had achieved a sliver of the American dream.  Mateen had purchased a condominium in Port Pierce.  The San Bernardino shooter was a homeowner and with a responsible job.  He was a college graduate, married with a child.  The Orlando killer managed to obtain an associate degree in criminal justice and worked as a security guard with a prestigious security company.  But the latter was abusive to his first wife and the marriage fell apart in a short time.

Mateen seemed to have a strong aversion to the gay and lesbian community.  He was a man born in America but not really of America.  Most Americans have grown to recognize that irrespective of one’s sexual orientation, one is entitled to civil and constitutional rights.  The Supreme Court in June of 2015 decided that marriage between gay couples was protected by the United States constitution.

As the President said in his address to the nation, what happened in Orlando was both an act of terror and an act of hate.  But all forms of terror are motivated by hate, hate of other religions, sexual orientation, other races and ethnicities.

In the second decade of the twenty-first century, America has entered a new phase of its existence.  It has been more successful in integrating American Muslims into the fabric of American society than European countries.  Muslim associations have condemned the Orlando massacre. Muslims in America have a track record of loyalty to the American government.

ISIS manipulation of the internet has had an impact on a certain segment of the Islamic community domiciled in the West.  A number of young people have bought into ISIS propaganda and have volunteered to fight with ISIS against the West.

There is no question that the defeat of ISIS in Syria and Iraq would weaken that appeal.  ISIS has lost territory in recent months and the Iraqi army has encircled Musul and has already begun attacks on Falluja in an attempt to expunge ISIS control of Iraqi territory.  But the Iraqi military is far from being an effective fighting force.  They are weak in providing logistical support and the Shiite militia seemed to be more adept at fighting than the actual military.

The defeat of ISIS in Syria and Iraq will not mean the end of ISIS.  Like Al Qaeda, they will continue to mount suicide attacks and be an influence on marginalized Islamic communities in Europe.

There will be no movement in Congress until after the Presidential election to restore the ban on semi-automatic rifles.  America as a nation is enamored with guns.  In a nation of 320 million, there are over 300 million guns.  There is enjoyment in hunting and excitement at practicing to be a sharp shooter at the gun range.  But if the country is to reduce the possibility of future massacres, it must limit who can have access to semi-automatic assault rifles like the AR-15.

In the recent case of Heller versus the District of Columbia, the Supreme Court under the influence of Justice Scalia, now deceased, ruled that congruent with the second amendment of the United States Constitution, a citizen had the right to own a pistol although to carry the gun outside of the household was a separate issue.  Cities like New York have had a strict ban on ownership of handguns.  The strict control of handguns is a factor in the reduction of crime in New York City.  Even though guns can be purchased outside of New York City, the unavailability of guns has made the average New York citizen feel much safer.

In places like Chicago where gun violence is rampart, guns are more readily available than in New York City.  The homicide rate in Chicago supersedes the crime rate in New York City.  In big cities, the gun of choice is the Glock, not the AR-15 rifle.

Gun control legislation submitted by President Obama has not been able to move the Republican Congress.  The tragedy of Orlando and San Bernardino should make it clear that massacres of that magnitude are more likely if we fail to ban semi-automatic rifles and limit the amount of magazines that are available to the public.  We are in a precarious position where the hunter is becoming the hunted. Weapons of war like the AR-15 should be taken off America’s mean streets.