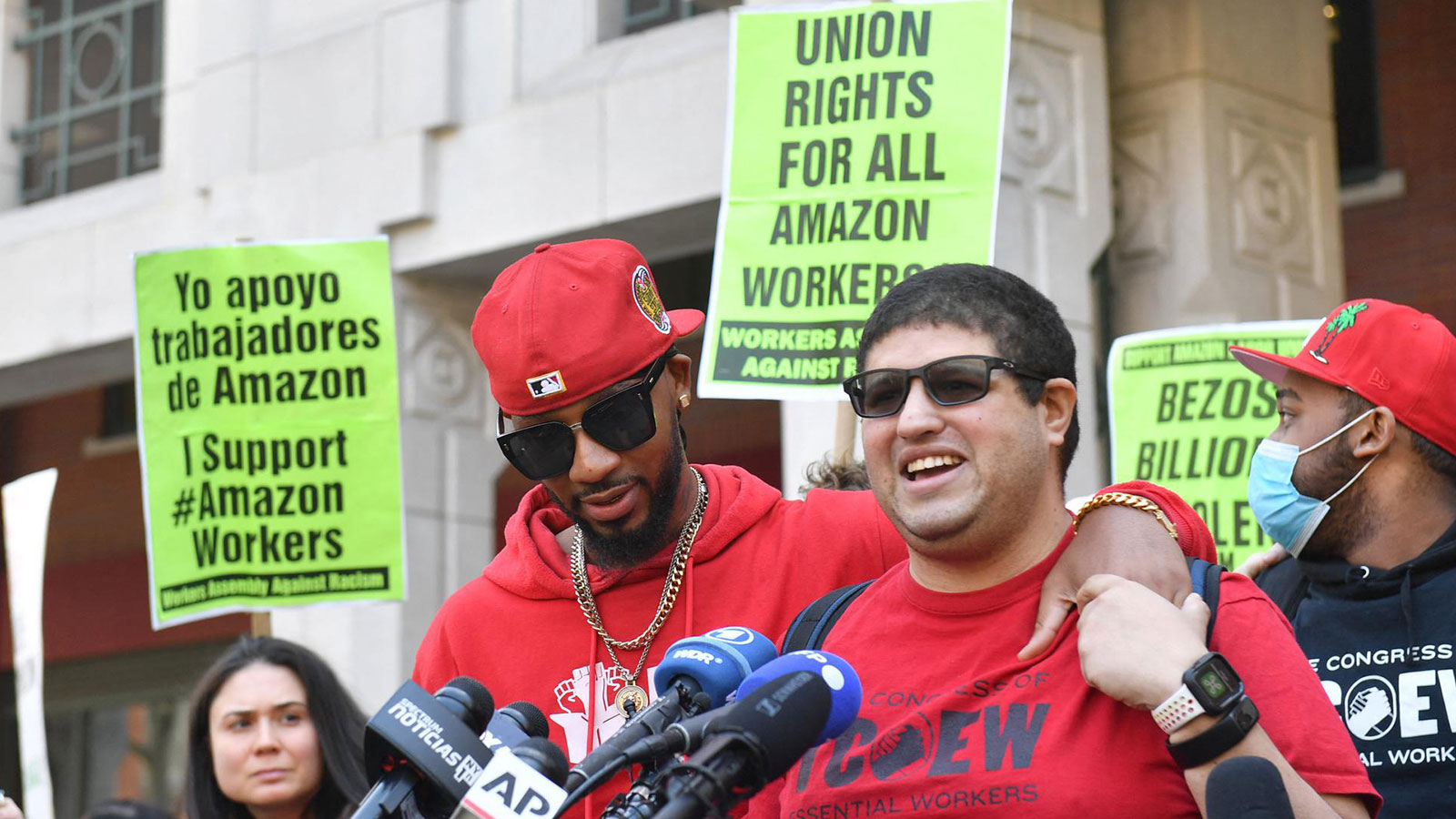 The world’s largest online retailer is no longer union-free in the U.S., following a remarkable election victory by an independent union.

Amazon warehouse workers on Staten Island have stunned the labor world by voting decisively to form the company’s first union in the United States. The fulfillment center known as JFK8 employs around 8,000 workers who pick, pack and ship out your orders every day under the watchful eye of Amazon’s algorithms. In the end, the workers cast 2,654 ballots in favor of unionizing versus 2,131 against, for a ratio of roughly 55-45.

Unions simply do not win elections of that size any more in the private sector. Or at least they didn’t until Friday. Union density has been shrinking for years, and employers have grown increasingly aggressive in beating back union campaigns. Until now, many observers believed it was all but impossible to organize an Amazon facility of that size. The failed Amazon union effort in Alabama last year all but confirmed that line of thinking. (That election was recently re-run because Amazon broke the law the first time, and the union has narrowed the spread considerably. Following a vote count Thursday, the union is losing but the results are still inconclusive.)

The Staten Island victory is all the more remarkable because of the union that pulled it off. The Amazon Labor Union was formed just last year. Its president is Chris Smalls, a former JFK8 worker who was canned by Amazon early in the pandemic after speaking up about safety concerns. The company then schemed to smear him in the press. Smalls has been working with a crew of around 20 organizers employed at the facility. They are a new, independent union and enjoyed none of the resources of an established union. But they clearly organized their tails off and had credibility as fellow Amazon employees. Amazon can’t convince workers that a union is a bunch of outsiders if the union leaders themselves work for Amazon.

Amazon did not hold back in its anti-union campaign. Fresh disclosures with the Labor Department on Thursday show that in 2021 Amazon spent a whopping $4.3 million on consultants who foil union campaigns. We haven’t been able to figure out exactly how that figure stacks up, but it appears to be one of the largest single-year expenditures on union avoidance work on record with the Labor Department. Amazon flooded the warehouses in Alabama and New York with consultants who tried to convince workers to vote against the union. It didn’t work, at least not in New York.

The new Amazon Labor Union has a monumental task ahead of it: negotiating a union contract with one of the world’s most powerful corporations. It can take years for any union to accomplish that, and some never do. Amazon has every incentive to drag out bargaining and make lousy offers, hoping to erode support for the union over time. Just like the workers now unionizing Starbucks stores, the Amazon union will need to rally community and political support to get there, and they will want prominent, union-supporting Democrats in their corner (assuming those Democrats aren’t already working for Amazon).

But for now, they have already forced unions and employers everywhere to reconsider what’s possible when a few workers decide they want to join together and bargain collectively.