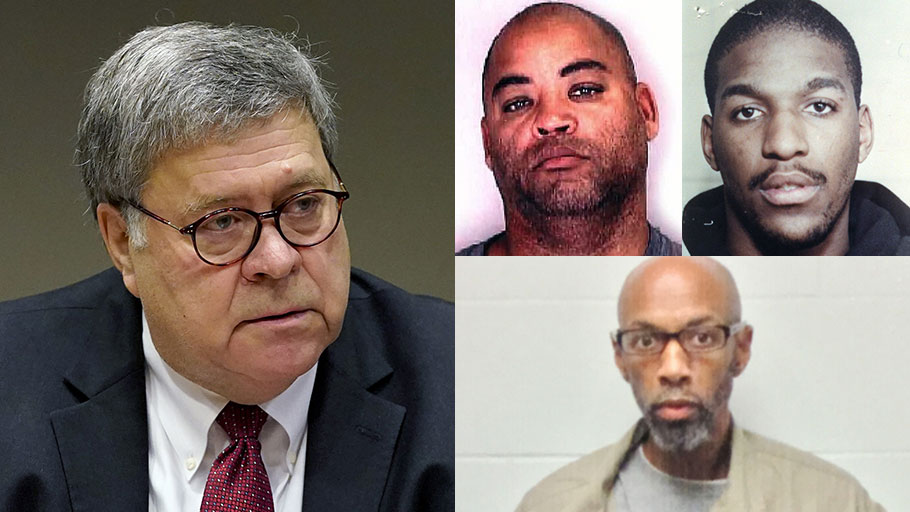 Attorney General William Barr wants five federal prisoner’s dead before Joe Biden takes office January 20. Biden is a foe of the federal death penalty and says that he will clamp a moratorium on federal executions when he takes office. But Barr is in a hurry and he is determined to give his boss, Trump, one final dubious notch on his legacy belt before he departs the Oval Office.

Barring any legal intervention, two men and a woman will be executed before Trump exits. One of the five has already been executed. You’d have to go back almost a century and a half to the departing Grover Cleveland in 1884-1885 to find a president determined to kill as many federal prisoners as possible before he left office.  Barr and Trump are in such a big hurry to kill that they even backed a change in the method of execution protocol. They gave states where the executions are scheduled the option of lining up the condemned in front of a firing squad.

Trump and Barr’s bloodthirst is grotesque. It’s barbaric. And just like the death penalty administered by the states, it’s riddled with racial bias. Three of the five condemned who Barr wants to fast track execute are minorities. To no surprise, nearly half of the inmates on federal death row are Black.

This is not new. Two decades ago, then Attorney General Janet Reno found that Blacks make-up nearly half of those condemned to death by federal courts. Whites make-up about one-quarter, and Latinos one fifth of those slapped with death sentences.  The feds are no different than state prosecutors in determining who gets the death penalty. For the past two decades US Attorneys recommended the death penalty for mostly Blacks and Latinos and Attorney Generals with few exceptions upheld their death penalty recommendations. There’s more. If the victim were white a Black defendant would be far more likely to get the federal death penalty.

Former President Obama and his Attorney General Eric Holder imposed a moratorium on federal executions precisely because of the blatant racial bias in the federal death sentences. But Trump and Barr moved quickly to end that moratorium. There was no loud outcry when they did mostly for the same reasons that the federal death penalty was reinstated again after years on the scrap heap.

One is explicitly stated: fear of crime. Even though crime figures are way down, the fear of crime isn’t. This fear is fueled by high-profile shooting rampages, a crime-gorged media that stuffs the public with mega-doses of crime and violence stories, politicians who pander to crime fears to get votes, and a Supreme Court that still flatly rejects totally eliminating the death penalty.

The other far more frightening reason why the death penalty is still alive and well is privately whispered: race. The death penalty has always been white America’s ultimate legal weapon against Black men accused of violent acts (mostly against whites). According to the NAACP Legal Defense Fund which has meticulously tracked the obscene racial disparity in the death penalty for decades, more than half of all those executed have been African Americans.

When the crime (or accusation) is rape, the death penalty has almost always been exclusively reserved for Blacks. Of the 453 men executed for rape since 1930, 405 have been Black. Nearly all of them were executed in the South. They were arrested and convicted on the flimsiest evidence, usually no more than the word of a white woman. At the same time, not one white man received the death penalty for raping a black woman. The victims of all but 44 of the blacks executed in the South from 1930 through 1984 were white.

The current numbers on federal death row show not much has changed over the years. A Black is still eleven times more likely to get the death penalty then a white when the victim is white.

Armed with Biden’s promise to get rid of the federal death penalty almost certainly Democrats will take another shot at trying to pass the Racial Justice Act. It will allow death penalty defendants to cite evidence — such as statistics — that the death penalty is racially warped.   This won’t be much consolation for the five inmates who may be put to death courtesy of Barr and Trump.

But going forward, with this pair gone, there’s some hope that the federal government will finally do what it should have done years ago. That’s get out of the death penalty business for good.

Earl Ofari Hutchinson is an author and political analyst. He is the author of Why Black Lives Do Matter (Middle Passage Press) He is a weekly co-host of the Al Sharpton Show on Radio One. He is the host of the weekly Hutchinson Report on KPFK 90.7 FM Los Angeles and the Pacifica Network