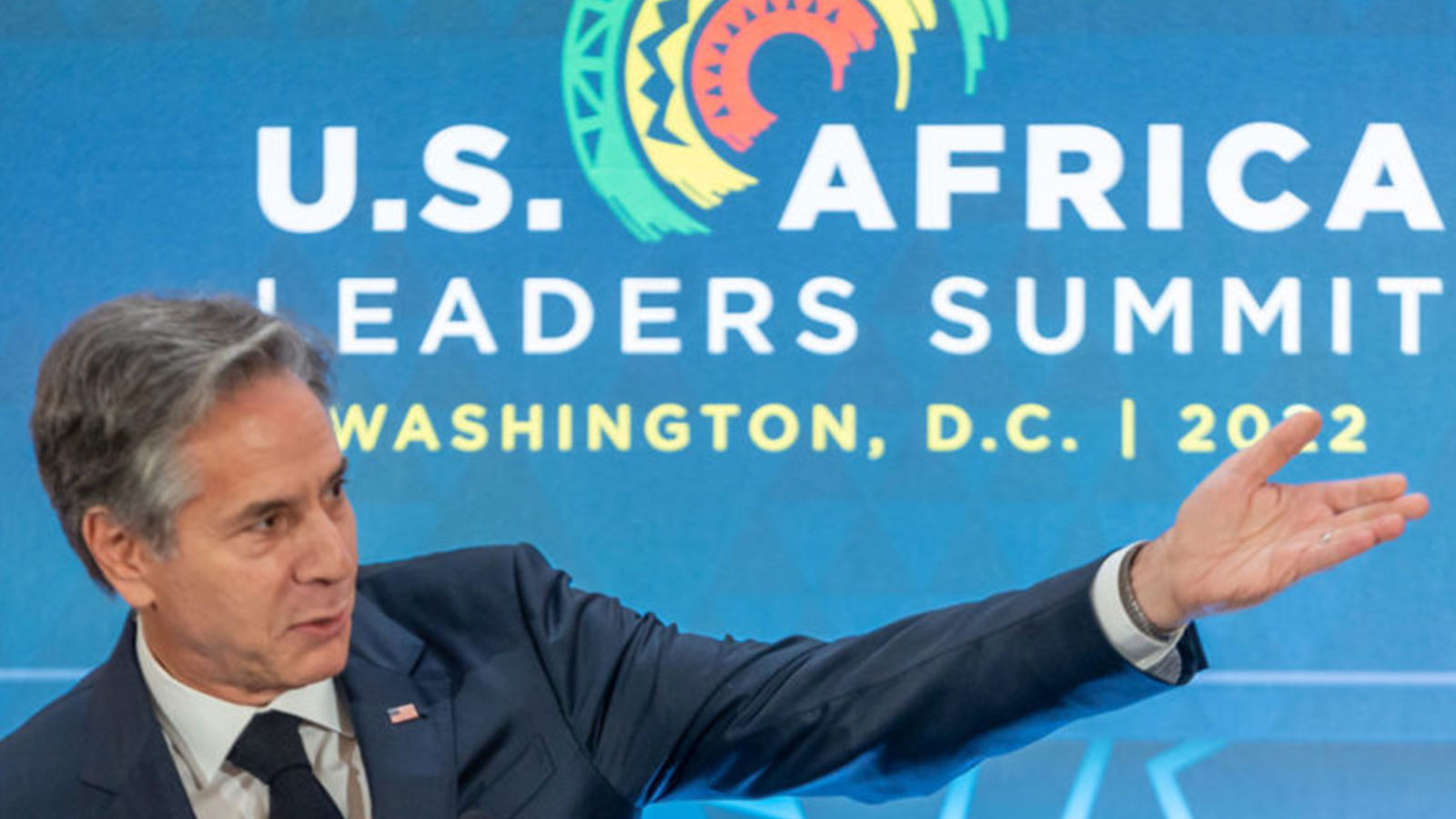 Delegates from forty-nine African countries and the African Union traveled to the United States to attend the US-Africa Leaders Summit earlier this month. Burkina Faso, Mali, Guinea, and Sudan were not invited because the African Union has suspended them over unconstitutional changes in government, and Eritrea was excluded because the United States does not currently have diplomatic relations with that nation. According to a senior Biden administration official, the summit was to focus on “deepening and expanding the long-term US-Africa partnership and advancing shared priorities, amplifying African voices to collaboratively meet this era’s defining challenges.” The United States announced major initiatives in the lead-up to the summit, which included US support for making the African Union a member of the G-20, and the promise of $55 billion to Africa over the next three years.

This was the first US-Africa Leaders Summit since August 2014. While there was hope that the 2022 summit would reverse the decades of benign neglect of Africa in US policymaking, it was not without its skeptics. Senegalese President Macky Sall, who is also president of the African Union, signaled that Africans want closer ties with the United States, but as active participants and not just sitting and patiently listening to what Americans want. While the goals of the summit were ambitious—and welcomed—it should not be forgotten that implementation of many of the proposals will require the cooperation of the US Congress.

One of the main goals of the summit was to narrow the trust gap that has developed between the United States and the nations of Africa after years of frustration with America’s apparent lack of true commitment to the continent. When asked about the shadow that China and Russia might cast on the summit, White House press secretary Karine Jean-Pierre said, “This summit is an opportunity to deepen the many partnerships we have on the African continent. We will focus on our efforts to strengthen these partnerships across a wide range of sectors spanning from businesses to health to peace and security, but our focus will be on Africa next week.”

The summit’s agenda was ambitious, working in partnership with a focus on bold, practical ways to strengthen ties and advance shared priorities in recognition of Africa’s role as a major geopolitical player with some of the world’s fastest-growing economies. As Secretary of State Antony Blinken said during his trip to Africa in August 2022, Africa “shaped our past, is shaping our present, and will shape our future.”

The themes that the summit focused on included working with the African diaspora and young African leaders; global health and food security; climate change and energy; and infrastructure investments

During the summit’s main events and side events, ways were discussed to advance mutually beneficial partnerships to create jobs and enhance inclusive and sustainable growth through stable partnerships and investments that enable businesses in the United States and Africa to develop and flourish.

The United States committed to working with Africa to address global health and food security, and—recognizing that sixteen of the twenty countries most vulnerable to climate change are in sub-Saharan Africa—to team with African countries and communities to build climate adaptability of infrastructure, water, health, and food systems. A whole day of the summit was devoted to a session on supporting conservation, climate adaptation, and a Just Energy Transition.

Despite the ambitious agenda and the clear signal that the administration looked to reset US-Africa relations on a more equitable basis, there were sticking points. A week before the summit kicked off, there was a complaint that there were no bilateral meetings scheduled between President Joe Biden and any of the attending heads of state. Biden did, however, personally announce his support for the African Union joining the G-20 as a permanent member and he hosted a dinner for the leaders. Blinken and other senior State Department officials also met with many of the heads of state and foreign ministers.

Concerns about Chinese and Russian activities on the continent figured prominently in the administration’s Africa strategy, which was issued in November, but the decision was made not to make these two countries a focus of the summit’s deliberations.

America’s focus on good governance and respect for human rights and rule of law was called into question when African leaders like Teodora Obiang, Equatorial Guinea’s long-time leader, were invited to attend the summit. An article in Foreign Policy published on the first day of the summit stated that Washington is worried about the prospect of a Chinese naval base on Africa’s Atlantic coast and is seeking to dissuade Obiang from drawing closer to Beijing. The article went on to say that “by courting Obiang … critics say the Biden administration is showing democratic activists in Equatorial Guinea and across other autocratic countries in Africa that its talk on democracy and human rights is just talk.”

Ending on a High Note

On Dec. 15, Biden presided over a ceremony during which he stressed his administration’s “deep commitment to Africa.” He urged the African leaders to respect the will of their people. In addition, he spoke of US plans to deliver $55 billion in assistance and teased a possible presidential visit to Africa. He did not give details of either the aid, which will require the support of Congress, or his possible visit. Judd Devermont, a senior director for Africa at the National Security Council, said that the president not only plans to visit Africa himself but will encourage other senior members of his cabinet to go as well.

The overarching message from the administration that Africa matters is underscored by the fact that by 2050 Africa will contain one-quarter of the world’s population, will be the youngest continent on the planet demographically, and with its fifty-four countries will be the largest regional voting bloc in the UN General Assembly. This summit has taken an important first step to highlight the significance and importance of Africa for the American public, and to begin reversing the attitude of benign neglect that has existed for so long. It now remains for the administration to maintain course and convince Congress to cooperate. In addition, the leadership of Africa’s countries must commit to addressing the domestic issues that impede development, such as corruption and lack of inclusive governance.

If the United States and Africa commit to keeping promises and focus on what’s good for the populations on both sides of the ocean, the future can be bright.