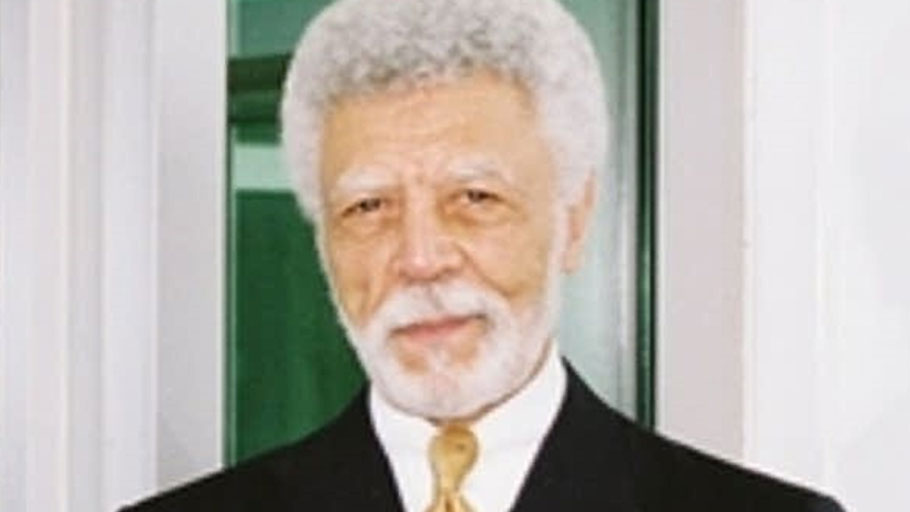 The Honorable Ronald V. Dellums – Some Reflections on the “Conscience of the Congress”

You Are Here: Home » Blog » Commentaries/Opinions » Vantage Point Articles » The Honorable Ronald V. Dellums – Some Reflections on the “Conscience of the Congress”

I was deeply saddened to hear of the passing of the Honorable Ronald V. Dellums from the Eighth Congressional District in California. I used to fondly introduce him in that manner because he was such a towering figure whom I admired immensely. Indeed, I considered him a confidante, comrade in struggle and a friend.

Ron Dellums was a Bad Brother, tall, handsome, daring, dashing, brilliant, committed, conscientious, charismatic and an exquisite orator. Yes, he was all of that in service of Black people, the poor, the marginalized and oppressed in this country and the world.  He thoroughly loved and enjoyed working on his chosen vision and mission in life.  And, he performed with great passion and extraordinary integrity.  As a founding member of the Congressional Black Caucus and a leading progressive along with Congressman John Conyers, Ron Dellums soon earned the mantle of “the Conscience of the Congress” for his persistent call on the Members of the House to comply with the principles of the Declaration of Independence, the Constitution, Civil Rights and Human Rights.

He constantly warned about the evils of militarism and the military-industrial complex, relentlessly urging his colleagues to convert military spending into domestic investment, to turn “swords into ploughshares” to achieve a “peace dividend;” one which could lead to a more just, humane and safe society and world! And, he always did it with such skill, dignity and grace, so much so that he was selected to serve as Chairman of the House Armed Services Committee. Dellums drew praise and respect from both sides of the aisle for his fairness and willingness to negotiate in a principled and pragmatic manner. I was privileged to be in the Chamber when his Portrait was unveiled in a ceremony honoring his tenure as Chairman of the Committee.

Ron Dellums was a champion of the liberation struggles in Africa: Guinea Bissau and Cape Verde, Angola, Mozambique, Zimbabwe, Namibia and of course South Africa. He was among the thousands who marched and rallied on May 25th, 1972 at the first African Liberation Day. He became a champion of the Free South Africa Movement, not only putting his prestige on the line to be arrested at the South African Embassy in Washington, D.C., but utilizing his vision, voice and skill to shame the Congress of the United States into imposing sanctions on South Africa at the height of the popularity of President Ronald Reagan! Dellums was a defender of the aspirations of the Cuban Revolution and the People’s Revolutionary Government of Grenada; a posture that his detractors used to accuse him of being a communist sympathizer. He was unfazed and undeterred.

The Honorable Ronald V. Dellums was a Bad Brother! He was a restless progressive who was patiently, impatient with the plodding, incremental approach of the Democratic Party.  In a memorable moment that is seared into my consciousness, I recall him mounting the podium at the Second National Black Political Convention in Little Rock  Arkansas, in 1974 to deliver a spellbinding speech in which he called on the elected officials, activists and organizers who remained in the National Black Political Assembly after the historic Gary Convention of 1972 to “Pose the Vital Alternative” to the centralist/moderate approach of the Democratic Party and the reactionary conservatism of the Republican Party! In that moment he clearly established himself as the leading progressive voice in Black America; a voice that activists and organizers in the NBPA would increasingly view as the potential leader of a visionary Black-led progressive movement.

As the 1976 presidential election drew near, there was widespread disenchantment among progressive activists with the “trust me” on Black issues appeal to African Americans by prospective candidates like Governor Jimmy Carter of Georgia. There was a weariness to this approach to the most reliable and trustworthy base of the Democratic Party.  The tendency toward independent Black politics, even a Black political party, had been strong within NBPA since the Gary Convention. Faced with the restlessness  among progressive activists, Dr. Ronald Walters, Black America’s leading Black Political Scientist, Mtangulizi Sanyika, veteran social/political activist and strategist and Ron Daniels, President of NBPA crafted what came to be called the “76 Strategy.”  The centerpiece of this strategy was to run a prominent, progressive African American for president as a vehicle to build a powerful independent, progressive, Black-led, third force in American politics; a third force that could endorse candidates of the Democratic and Republican Parties as well as endorse or run independent candidates!

The NBPA adopted the proposal and identified Mayor Richard G. Hatcher, Congressman John Conyers, State Senator Julian Bond and of course the Honorable Ronald V. Dellums as potential candidates.  Needless to say, Dellums was by far the favorite in this field.  And, based on personal conversations, the architects of the 76 Strategy, including Ron Daniels, had reason to believe Dellums was willing to take the risk in order to pose the vital alternative. Word of the 76 Strategy and the prospect that Dellums might run was absolutely electrifying among the ranks of progressive activists.  An informal draft Dellums for President movement sprang to life around the theme, “To the Hoop!” — which encapsulated the fervent desire for Dellums to take it all the way for a slam dunk! The clamor for Dellums to take it to the hoop spread like a wildfire across Black America.

In 1976 a NBPA weakened by the defection of all but a handful of elected officials (Richard Hatcher, Secretary of State Hannah Atkins of Oklahoma and State Representative Lois DeBerry from Tennessee were among those who remained), convened the Third National Black Political Convention in Cincinnati, Ohio. The architects of the 76 Strategy hoped that a Ron Dellums independent campaign for president would revitalize NBPA and build a viable and vital Black-led third force in American politics. But, despite his expressed inclination to accept this challenge, advisors cautioned Dellums that if he pursued this adventure, he would be permanently ostracized and marginalized within the Democratic Party, rendering him powerless to effectively utilize his voice within one of America’s foundational institutions to struggle for progressive change. A prominent White elected official could make such a run and eventually be forgiven, but a Black elected official would be permanently “white balled.” Dellums heeded his advisor’s counsel and sent word that he would personally come to Cincinnati to deliver the word to the delegates.

On yet another moment that will forever be seared into my consciousness, the wildly popular Ronald V. Dellums cringed as he entered the main ballroom of the Netherland Hilton Hotel in Cincinnati packed with adoring delegates exuberantly chanting “To the Hoop!” Dellums mounted the Podium, composed himself, looked out over the audience and genuinely expressed his profound love and appreciation for the delegates and the valiant work of NBPA.  The audience gasped as he proclaimed, “but this is not my moment!” Perhaps, another time in the future, but circumstances are such that this is not the moment.  It was as if the hopes and dreams of the future of NBPA were dashed in that moment.

Nonetheless, the love for Dellums was evident as the audience erupted with thunderous applause anyway, greeted and hugged him as he left the podium to return to his room.  Ron Dellums had the decency and dignity to come before a highly expectant audience and look them/us in the face and deliver the message personally. This was the character of this courageous and principled man of integrity.

At the conclusion of this fateful session the organizers wept as they/we processed the emotions of such a momentous moment and its implications for NBPA.  Four years later NBPA would gather in New Orleans where it was resolved to dissolve that entity and create what was to become the National Black Independent Political Party (NBIPP).

The Honorable Ronald V. Dellums had made the correct decision. His advisors had been right.  What was in store for him would not have been accomplished had he embraced the urge to forge forward with the admirable, well-meaning but diminished remnants of the forces that had gathered in Gary who were counting on a Dellums for President Campaign to breathe new life into the organization. Dellums would have never rose to become Chairman of the House Armed Services Committee, orchestrated the imposition of sanctions on South Africa, championed the cause of Cuba and Grenada from a position of stature and emerged as the Conscience of the Congress had he seized the moment in Cincinnati.

Ron Dellums was a Bad Brother. I can remember fondly him coming to Youngstown, Ohio to endorse my independent campaign for Mayor in 1977, his speeches to NBPA Chapters around the country. On those occasions, after he had soaked up the adoration of the audience by taking photos and signing autographs, we would steal away to discuss political strategy and fantasize about what it would really mean to build a force to pose the vital alternative. Whenever Damu Smith or Mtangulizi Sanyika and I would go up to Capitol Hill, a stop by Dellum’s office to check-in with Carlotta Scott, Barbara Lee, Johnny Apperson and Charles Stephenson and perhaps give a shout-out to the Congressman was mandatory.  It was like being with family, the progressive family.

The Honorable Ronald V. Dellums from the 8th Congressional District could have been re-elected for as long as he was willing to run.  But, he chose to turn over the reins to the Honorable Barbara Lee, who has emerged as the Conscience of the Congress.  Dellums remained in the fight, eventually returning to Oakland to be elected Mayor of the City and area he loved so much. He also served as Chairman of the Constituency for Africa (CFA) for many years, assisting Mel Foote to build a strong organization advocating inside the beltway for the motherland. Indeed, it was at an Annual CFA Ron Brown Policy Forum that I was last in the presence of the Honorable Ronald V. Dellums.  He was still a commanding figure. Folks still flocked to his side for photo-ops and autographs, keenly aware that they were standing with one of the iconic leaders of this era, a giant of a human being. Ron Dellums was a Bad Brother!