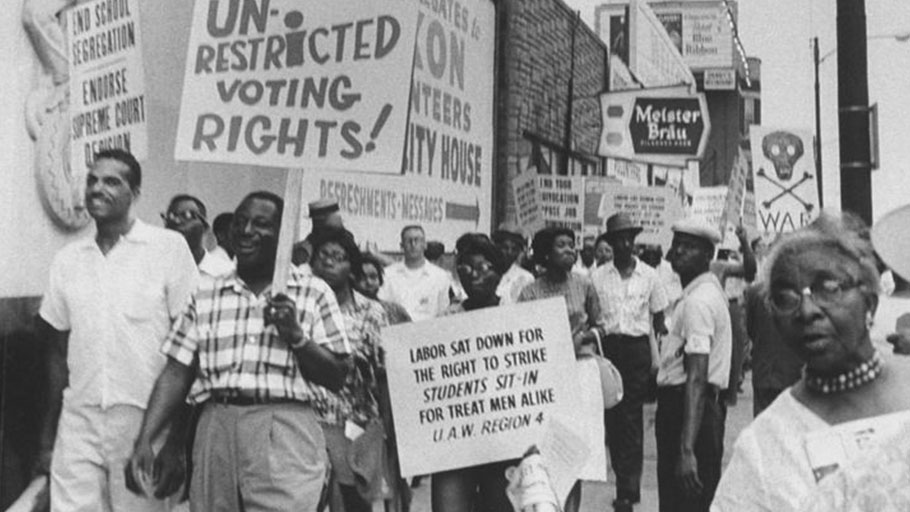 The Unfulfilled Power of the Black Vote

You Are Here: Home » Blog » Commentaries/Opinions » Vantage Point Articles » The Unfulfilled Power of the Black Vote

For decades I have been hammering home the point that in a low voter participation environment, the group that effectively educates, mobilizes and organizes its voters to turn-out on election day will wield power disproportionate to its numbers in the overall electorate. Put another way, a relatively small group that registers and turns out a high percentage of its potential voters will exercise greater influence than a much larger group that fails to register and turn-out a high percentage of its potential voters.  This is a Daniels political axiom. And, as Frank Watkins, Advisor to Rev. Jesse Jackson puts it, “a organized minority is a political majority.”

The United States has the lowest voter participation rate of any of the western democracies. I have suggested somewhat facetiously that the biggest political party in the U.S. is not the Democrats or Republicans but non-voters.  A voter turn-out in this country in the range of 50-55% of the eligible electorate is hailed by political commentators as spectacular.  This is absolutely abysmal when compared to western democracies where voter turn-out is routinely 80% or better. But, the reality of this low voter participation environment creates a major opportunity for Black voters to exercise power disproportionate to our numbers in the electorate. We may be out-numbered by Whites, but a large percentage of Whites don’t bother to vote. It is not by accident that Republicans are openly implementing polices to suppress or disenfranchise Black voters. They fear the Black vote. The forces of reaction realize that if Blacks maximize voter registration and mobilize/organize large voter turn-outs, it is a threat to their retrograde agenda.

Rev. Jesse L. Jackson has relentlessly urged Black folks to register and vote in massive numbers to maximize our political power. At a session during the recent Congressional Black Caucus Foundation’s Annual Legislative Conference, he shared data that illuminates the unfulfilled power of the Black vote. He noted that there are still 8 million Blacks who are not registered to vote, 4 million in the South. In 2016 some 2.5 million Blacks, who were registered, failed to vote in an election which was determined by less than 100,000 votes total in key battleground states with a large concentration of Black voters! Rev. Jackson’s point is that a potent key to political resistance and transformation is in Black hands, the ballot. The challenge is to organize/mobilize and turn-out the unorganized, Black people who, for whatever reason, do not believe that voting matters as a means of changing their lives.

There is increasing evidence that a new generation of Black leaders, particularly women and young people, understand the potential of the Black vote as foundational to coalitions that can beat back the conservative tide of Trumpism by advancing people-centered, progressive policies.  Stacey Abrams has an excellent chance to become the first Black Governor of Georgia by educating and inspiring hundreds of thousands of unregistered, “improbable” Black voters to register and turn-out in massive numbers on election day.  Ben Jealous has launched a grassroots campaign to employ the same formula in Maryland. The polls in Boston showed Ayanna Pressley trailing long term Congressman Michael Capuano by 10 points among “probable” voters in the Democratic Primary. She won by more than 10 points because she organized/mobilized the unorganized; the improbable voters showed up in massive numbers as the anchor of her progressive coalition.

Rev. Jackson points out that in Florida Andrew Gillum, who shocked the pundits by winning the Democratic primary for Governor, can win because there are more than 1.8 million Blacks who are eligible to register in that state coupled with more than 300,000 recently arrived Puerto Ricans who fled the Island in the wake of Hurricane Maria. When the improbable voters from these constituencies are energized to march on the ballot box, there is a very high probability that Gillum will become the first African American Governor of Florida.

It is important to note that in the instances cited above, only 15% – 20% of forward-thinking White voters are needed to achieve victory.  The Daniels’ Axiom applies: In a low voter participation environment, where large numbers of Whites will remain unregistered or will not vote, all that is required is for the unorganized, the improbable voters in the Black community and our allies to mobilize/organize and turn-out in massive numbers to achieve victory! So, the mandate is clear; Black leaders must devise strategies to educate, motivate, inspire and energize millions of unregistered, improbable Black voters to burst into the arena to become the cornerstone of progressive coalitions. These coalitions of the improbable have the potential to fundamentally alter the political landscape in the U.S. by ushering in an era of resistance to Trumpism and more importantly advancing progressive policies which can create a new America!

Watch the Video Below

Speech given be Jesse Jackson when he was running for President (the Democratic nomination) in 1984.