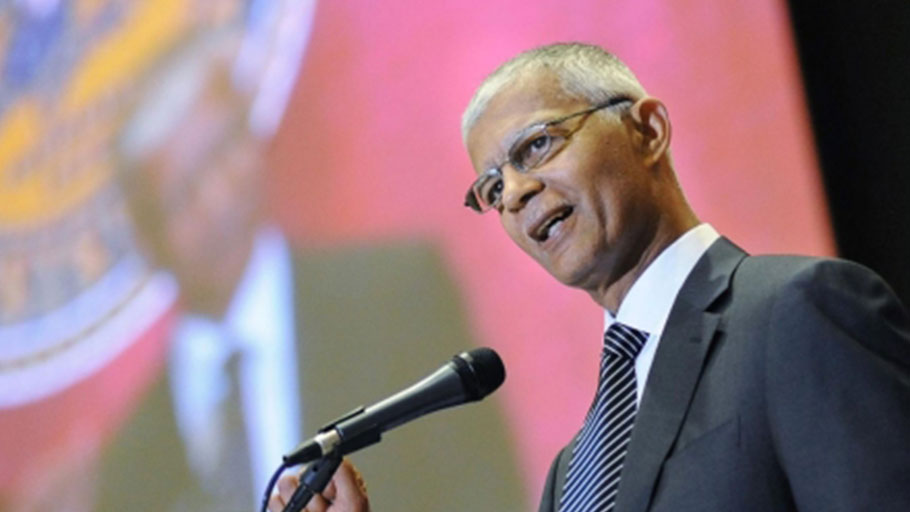 The Officers and Board of the Institute of the Black World 21st Century joins in mourning the loss of the Honorable Chokwe Lumumba, Mayor of Jackson, Mississippi and one of the great freedom fighters of our time. Early in life Brother Chokwe heeded the call of Amilcar Cabral to “commit class suicide,” to identify with and work for the liberation of the masses of Black people and the oppressed.

As a brilliant attorney, he could have settled into a comfortable life as a corporate lawyer or prosperous apolitical professional. Instead he focused on analyzing the nature of an oppressive system and used his formidable intellect and skills as a fearless “People’s Attorney” defending and liberating the victims of the system.  In the tradition of Martin R. Delany, Bishop Henry McNeal Turner and the Honorable Marcus Garvey, he was unapologetically committed to independence and self-determination as the objective of liberation. As such he served as a courageous leader of the Republic of New Africa, the New African People’s Organization and exemplary mentor to a generation of new leaders via the Malcolm X Grassroots Movement.

Ever evolving in his theory and practice of liberation, Brother Chokwe led the way in advocating for Black control of predominantly Black populated areas in the South as an important practical and feasible manifestation of the ideological tenet “Free the Land.”  Boldly venturing into previously uncharted waters of electoral politics, he organized a “People’s Assembly” in the ward from which he was eventually elected to the City Council of Jackson, Mississippi. In so doing, he translated Malcolm’s exhortation that Black people should control the politics, economics and social life of Black neighborhoods/communities into a living model of participatory democracy.

It was from this base and his long record as a dedicated “servant leader” that the people of Jackson overwhelmingly voted to entrust Chokwe Lumumba to be their Mayor.  It was a resounding affirmation of a different kind of “political leader” and emphatic mandate for a new form of politics and progressive governance. Now with his loss, we face the daunting task of fulfilling the vision/mission that he and the people set for Jackson, MS and similarly situated locales across this nation.

Chokwe Lumumba would be deeply disappointed if despair over his transition deterred the multitude of friends and supporters from continuing the struggle. So, in his memory, let us continue! “Free the Land.”

Dr. Ron Daniels is President of the Institute of the Black World 21st Century and Distinguished Lecturer Emeritus, York College City University of New York. His articles and essays appear on the IBW website www.ibw21.org and www.northstarnews.com. His weekly radio show, Vantage Point can be heard Mondays 4:00 PM – 5:00 PM on WBAI, 99.5 FM, Pacifica in New York, streaming live via WBAI.org. To send a message, arrange media interviews or speaking engagements, Dr. Daniels can be reached via email at info@ibw21.org

Dorothy Johnson Speight on the genesis of Mothers in Charge

Dorothy Johnson Speight on the genesis of Mothers in Charge
We Need Your Support — Donate, Share, Sign-Up Ways to Support