You Are Here: Home » Blog » Editors' Choice » Warren is the One Democrat Who Can Give Trump the Best Run for His Money 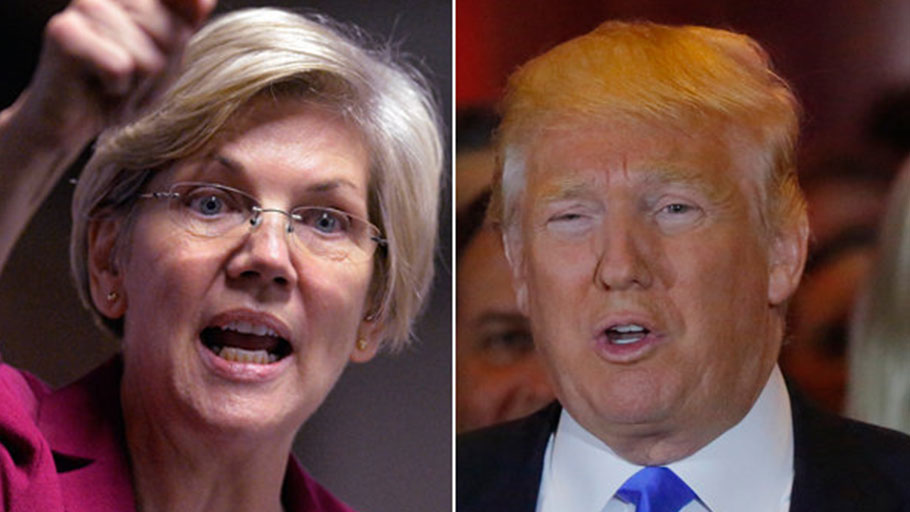 Massachusetts Senator Elizabeth Warren did what legions have been urging her to do since 2016. That’s run for the presidency. She took the first big step toward a presidential bid with the announcement that she’s setting-up a presidential exploratory committee. Other Democratic presidential hopefuls will soon follow her lead. But the brutal reality is that Warren is the one Democrat who can give Trump the best run for his money.

Now I like Joe Biden. I mean anyone who publicly boasts that he’d beat the hell out of Trump you got to like. Yes, he later apologized for getting in the street with Trump on that. But he still said it and must give him props for that. But beating Trump in a head to head match-up is another matter. Though some polls show him as the Democrat’s favorite, Biden simply has too much baggage. He is too strongly identified with former President Obama. Trump would Obama bait him to death. One of the big reasons that Trump’s base is ape crazy fanatic over him is because of their visceral loathing of Obama.

He’d also be trying to compete in the four or five must win states that put Trump over the top for essentially the same voters; namely white, non-college educated, blue collar and rural males. Trump for now has an iron grip on them. Biden’s forays into the presidential arena have been utter disasters He has not translated his earthy appeal into any substantial support from a broad segment of voters. He quickly dropped out of the presidential race each time. The other intangible is age. Biden will turn 78 two weeks after Election Day 2020. This would make him by far the oldest in-coming president in US history.

As for the rest of the dozen or so Democrats that hunger for a run, their start line liabilities are too hobbling. They are too unknown, too freshly minted in a national office, too typecast liberal, and too West Coast/East Coast regional. There’s no real indication that they could wage the in the trenches, gut level campaign it would take to beat Trump.

This is not the case with Warren. Outside of non-2020 candidate Hillary Clinton, she is the one candidate Trump fears most. His fiendish delight in his Pocahontas taunts at her thinly mask the danger that he perceives she poses to his reelection bid.

The reasons for that are simple. Warren can energize frustrated liberals and progressives as no other Democrat can. She will have a massive army of progressives ringing doorbells, pounding the pavement, peopling the telephone lines, and pouring massive amounts of small donor donations into her campaign. Her relentless pound of Wall Street for greed and manipulation, will be flashpoints of rage and disgust for many other Democratic and independent voters. Polls consistently show that a majority of Americans agree that the financial system is rigged for the rich, and that Wall Street and major corporations play and massage the system with impunity. Warren has firmly staked out her position as the one politician who is willing to confront Wall Street.

During the 2016 campaign, Clinton was mindful of the loathing that legions of Democrats have for her Wall Street connection. In the general election, big bankers, financial executives and top corporate donors were expected to be generous bankrollers of her campaign. This was the reason that Clinton at a Democratic gubernatorial campaign rally in Massachusetts during the campaign was effusive in her praise of Warren and in the process took a big shot at Wall Street and the corporations minimizing their role in job creation. Later she walked it back claiming she had “short-handed” her comments. The point was Clinton looked to Warren to give her some cover for her shaky position on combatting corporate greed.

But Warren is also a Democratic team player. That means she’ll have the firm backing of centrist Democrats, the super delegates, and major Democratic corporate donors. Sanders never did and never would have them on board. Warren’s campaign would not be the divisive, accusation swapping slugfest that marred the Sanders-Clinton dogfight for the Democratic presidential nomination in 2016.

The one stumbling block in the past might have been that Warren is a she. The #metoo movement, the record numbers of women in races, both as Democrats and Republicans, and who have won offices, or have fighting chances to win offices have blown the potential gender liability to bits. The polls consistently show that white college educated women will back any Democrat over a Republican. Being a woman then is an even greater asset for Warren.

The Democrat that goes head to head with Trump will have to do something that no other Democratic presidential candidate has ever really had to do in a presidential race. That’s be willing to swap every dig, putdown, and insult that Trump will hurl at his opponent back at him, expose his lies, phoniness and shallowness, and steal some of his media thunder. Trump’s Democratic challenger will not only have to get down in the gutter with Trump, they’ll have to put forth in simple terms a vision of change that’s radically different than Trump’s. And, at the same time, touch a nerve with a broad segment of working-class voters in the Heartland states.

Warren is the only Democrat who can do that and beat Trump.