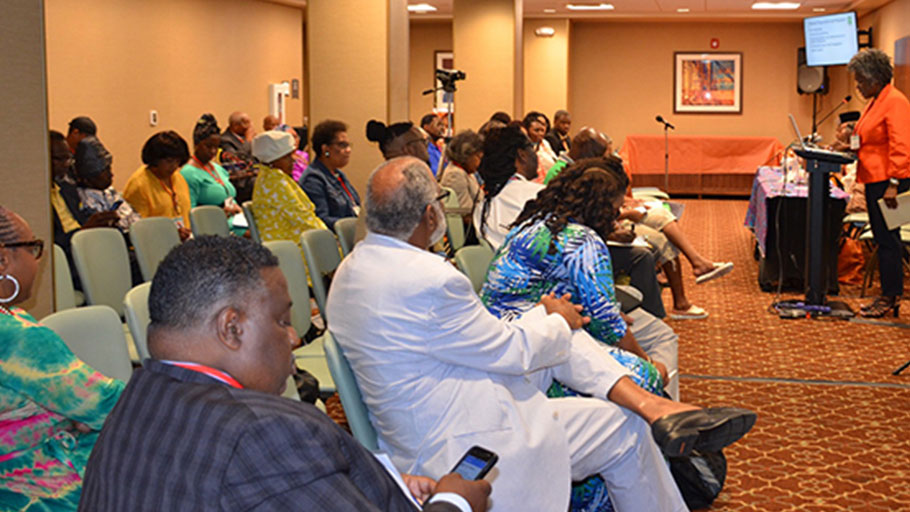 The All Healers Mental Health Alliance and the Institute of the Black World 21st Century Black Family Summit Presented the National Conference on Culturally Competent Disaster Response on June 28-29, 2019 at the Staybridge Suites in Baltimore, Maryland. The theme was “Recovery, Rebuilding, Resilience”.

Baltimore, MD — Like hurricanes or floods, community disasters – such as police killings of unarmed Black people and lead-tainted water in Flint, Michigan – traumatize the people who directly experience the events, who witness them and those who are close to the victims. In each of these cases, Black people bear a disproportionate share of the burden. That is why the All Healers Mental Health Alliance and the Institute of the Black World 21st Century Black Family Summit are focusing their healing efforts on manmade as well as natural disasters impacting Black communities.

Since Hurricane Katrina in 2005, the All Healers Mental Health Alliance (AHMHA), a national network of mental health professionals, health advocates, first responders and faith leaders, has worked collaboratively to facilitate long-term responses to the mental health needs of survivors in underserved communities affected by natural disasters, manmade disasters, and other traumatic events. They have found that underserved communities carry a heavy burden of disadvantage prior to disasters which makes them even more vulnerable to the devastating impact of disasters in the form of being unable to relocate, rebuild, or regroup after a disastrous event. In addition, many of these communities, both urban and rural, are segregated by race resulting in communities of color being overlooked by emergency services and resources during disasters and/or receiving disparate treatment.

Starting with Hurricane Katrina, AHMHA has intervened in several disasters, both natural and man-made. It should be noted that the work of AHMHA relies on the participation of leaders from numerous organizations including, but not limited to: the Institute of the Black World 21st Century Black Family Summit and Disaster Relief Task Force; African American Health Alliance and Racial and Ethnic Health Disparities Coalition; Association of Black Psychologists; Community Healing Network, Inc.; National Association of Black Social Workers; Black Psychiatrists of America; National Medical Association; and the International Association of Black Professional Firefighters.

Sponsored by The Coverys Community Healthcare Foundation (CCHF) and Forward Promise, a National Program Office of the Robert Wood Johnson Foundation, dedicated to the health, healing and thriving of boys and young men of color, their national conference disseminated critical information and engage in knowledge transfer about successful disaster-related initiatives undertaken in a wide variety of economically disadvantaged urban and rural communities in order to increase the knowledge, skills, and capacities of community leaders to: 1) respond effectively and in a culturally competent manner to the mental health needs of vulnerable communities in the wake of disasters; and 2) engage in sustainable disaster preparedness initiatives in order to position vulnerable communities to minimize the impact of disasters on families in the future.

At the conclusion of the conference, attendees were able to:

1.) List stages of disaster and resources available to communities to alleviate suffering.

2.) Identify effective strategies to facilitate culturally competent responses to the mental health needs of vulnerable communities in the aftermath of disasters.

3.) Specify the critical elements of disaster preparedness that communities need to undertake to mitigate the impact of future disaster.

For more details about or IBW, visit www.ibw21.org