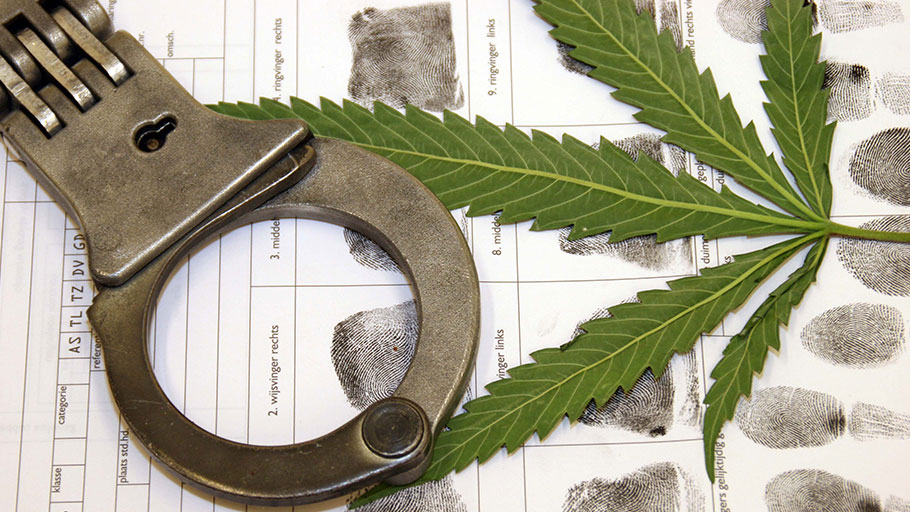 War on the “War on Drugs” Posts

After Lengthy Legislative Process, Coalition of Advocates from Across NJ Celebrate Cannabis Legalization as Right Step to End War on Drugs

TRENTON, NJ – Today, Governor Phil Murphy signed a bill to legalize and decriminalize cannabis, a beginning step to turn the tide on New Jersey’s disastrous War on Drugs that continues to have devastating effects on families and communities. The bill passed by both legislative chambers and signed by Governor Phil Murphy includes a social equity excise tax and lifts cap for licenses after two years. Additionally, it directs 70% of the sales tax collected and all of the funds raised by a tax on cultivators to support restorative programs for legal aid, health care, mentoring, and other community programs in parts of the state devastated most by the drug war.

“This is a critical step towards our goal of community liberation. We want to eliminate the weaponization of cannabis which criminalizes and incarcerates Black communities across New Jersey. Today’s bill includes prevailing elements that will advance racial and economic equity – a testament to the hard work of advocates, community organizers, and faith leaders from across New Jersey,” said Reverend Dr. Charles Boyer, Founding Director of Salvation and Social Justice. “Our goal is to ensure that cannabis regulation is not an entry point to criminalize Black and Brown youth. Although we still have a long way to go before we can officially end the drug war and dismantle oppressive systems keeping our brothers and sisters down, we are on our way to create a more just and equitable state for everyone.”

“Today’s historic legislation to end cannabis prohibition is long overdue and a step in the right direction to end New Jersey’s failed drug war,” said Brandon McKoy, President of New Jersey Policy Perspective. “Voters across our state recognize that these oppressive laws intentionally dehumanize people and should be reformed. We look forward to continuing to work with lawmakers to keep building on bold new reforms to help abolish the drug war and build a system of care and compassion that saves lives.” “With Governor Murphy’s signature, the decades-long practice of racist marijuana enforcement will begin to recede, in a shift that emphasizes the urgency of building the most equitable framework possible for cannabis legalization,” stated Amol Sinha, ACLU-NJ Executive Director. “With this historic reform, New Jersey also shifts our approach to youth possession and use by moving away from the punitive status quo to a framework that values public health, harm reduction, and the well-being of young people. Our state’s cannabis laws set a new standard for what justice can look like, with the removal of criminal and civil penalties for possession and an unprecedented portion of revenue dedicated to addressing the harms wrought by the drug war. Signing these laws puts in motion the next phase of this effort: to work relentlessly to transform the principles of legalization into greater racial and social justice in New Jersey. This is a new beginning – and we must keep in mind that it is only the start.” “Today’s passage of cannabis legalization in New Jersey marks the end of an 83-year-old prohibition that was racist in origin and racist in its enforcement,” said Dr. David Nathan, Princeton-based founder of Doctors for Cannabis Regulation. “The Garden State now begins a new chapter in the regulation of a plant and drug that is safer than alcohol, therapeutic for certain medical conditions, and enables society to repair some of the harms of our misguided war on drugs.”

“For decades, the failed War on Drugs ravaged communities and ruined lives, positioning the criminal justice system at the cornerstone of what should have been a public health dialogue,” said Jackie Cornell, Chief of Policy and Health Innovations at 1906 New Highs and former NJ Principal Deputy Commissioner of Health. “Now we can once again widely embrace cannabis as therapeutic medicine and restore this plant to its pre-prohibition status–providing access for anyone who needs it.”

Members of Abolish the Drug War New Jersey include:

Abolish the Drug War coalition is a call to action to end the drug war. We denounce the criminal justice approach to what should be a public health issue. We are working to confront and dismantle the systems and policies that contribute to and sustain the drug war in New Jersey, which is effectively a war on Black and Brown communities.