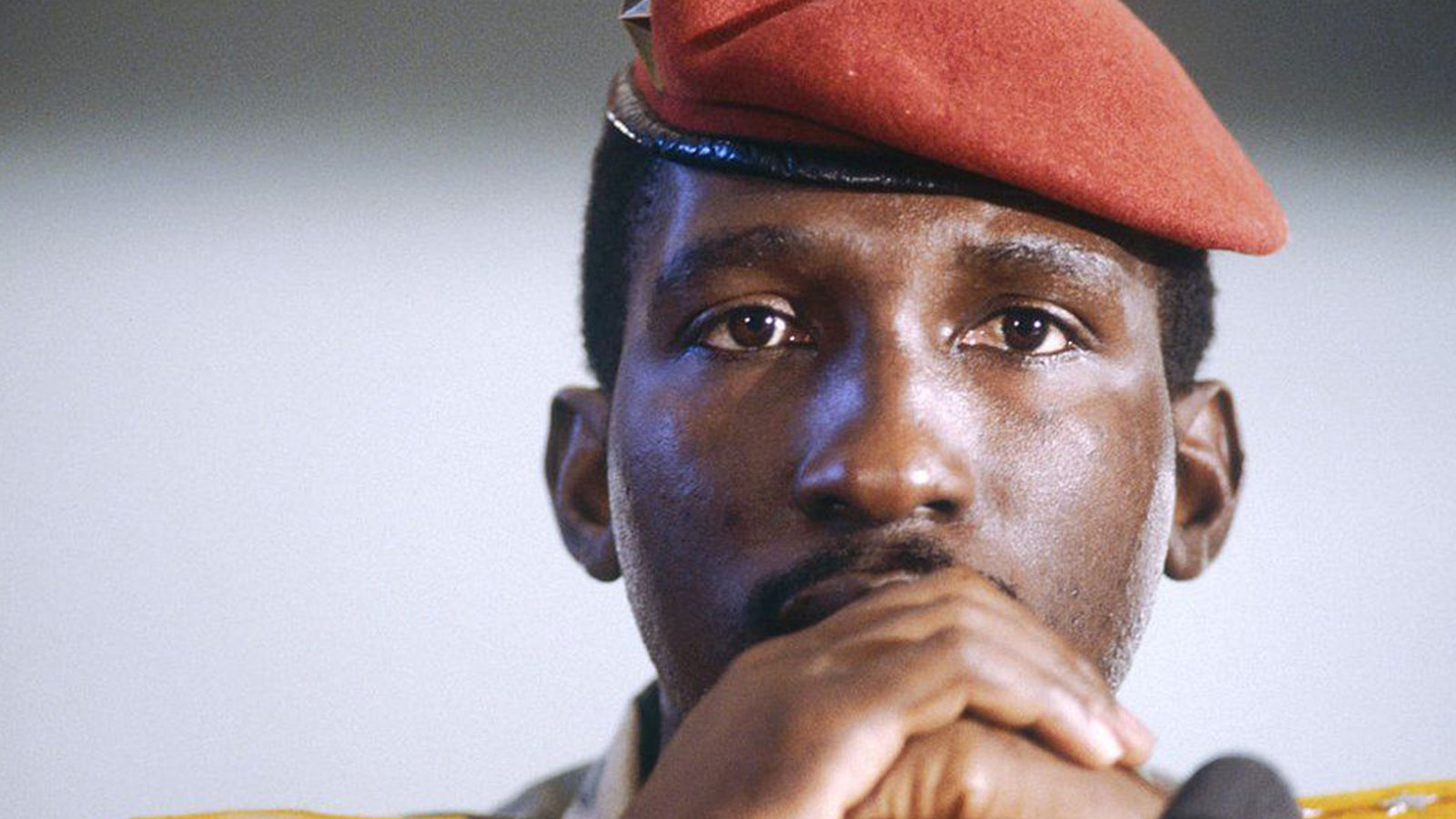 Thirty-four years, almost to the day, since the shocking killing of Burkina Faso’s then President, Thomas Sankara, 14 men are going on trial, accused of complicity in the murder of the man known as “Africa’s Che Guevara”.

The charismatic Pan-Africanist was shot dead aged 37 by soldiers during a coup on 15 October 1987, which saw his close friend, Blaise Compaoré, come to power.

Mr Compaoré is among the 14 accused but he is currently in exile in neighbouring Ivory Coast, where he fled after being forced to resign during mass protests in 2014. He has repeatedly denied involvement in Sankara’s death and is boycotting the trial.

“I’ve been waiting for this for a long time,” the former president’s widow Mariam Sankara told the BBC. “I want to know the truth, and who did what.”

Sankara remains something of an icon across Africa – stickers emblazoned with his face adorn taxis across West Africa, while across the continent in South Africa, radical opposition leader Julius Malema cites him as one of his inspirations.

Why is Sankara seen as such a hero?

“For us, Sankara was a patriot. He loved his people. He loved his country. He loved Africa. He gave his life for us,” said Luc Damiba, secretary general of the Thomas Sankara Memorial Committee.

It was under his rule that the country was renamed – from Upper Volta to Burkina Faso, meaning “Land of Upright People”.

Sankara himself led an austere lifestyle. He reduced his own salary, and that of all public servants. He also banned the use of government chauffeurs and first-class airline tickets.

Education was a key priority – while he was in power, the literacy rate increased from 13% in 1983 to 73% in 1987, and he also oversaw a massive national vaccination campaign.

He also redistributed land from local chiefs and gave it directly to poor farmers, which led to a huge increase in cotton production.

Sankara called for a united Africa to stand against what he called the “neo-colonialism” of institutions such as the International Monetary Fund (IMF) and the World Bank.

He was once quoted as saying: “He who feeds you, controls you.”

He adopted an anti-imperialist foreign policy which challenged the dominance of France, which retained huge influence in many of its former colonies in Africa, such as Burkina Faso. His widow Mariam has accused France of masterminding his assassination.

“He remains my president. What he did for the population encourages us young people to do as he did,” a student at the Thomas Sankara University in Ouagadougou told the BBC.

An imposing six-metre high bronze statue at the Thomas Sankara Memorial Park in the capital, Ouagadougou, was unveiled in 2019, and then reworked last year following complaints about the first version. 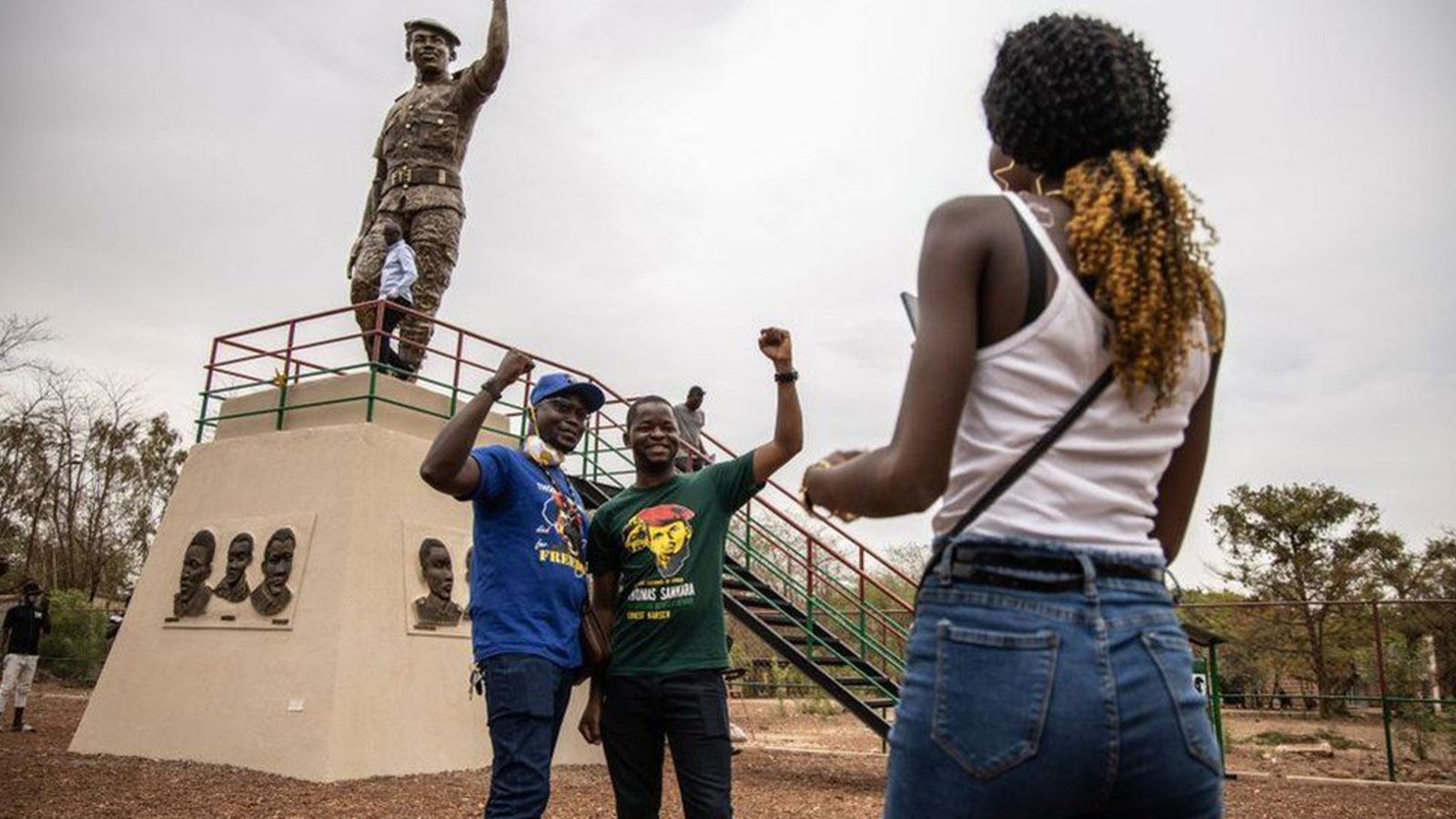 The park and statue are popular tourist spots (AFP).

Mr Damiba says that plans are underway to expand the park, including an 87-metre high tower overlooking Ouagadougou.

There will also be a mausoleum for Sankara, a cinema hall and a media library named after him. These facilities are expected to pass on Sankara’s revolutionary ideas to future generations.

What about his critics?

Sankara’s radical left-wing policies have been criticised by human rights organisations as draconian.

A 1986 report released by Amnesty International revealed that alleged political opponents were detained without trial and severely tortured. 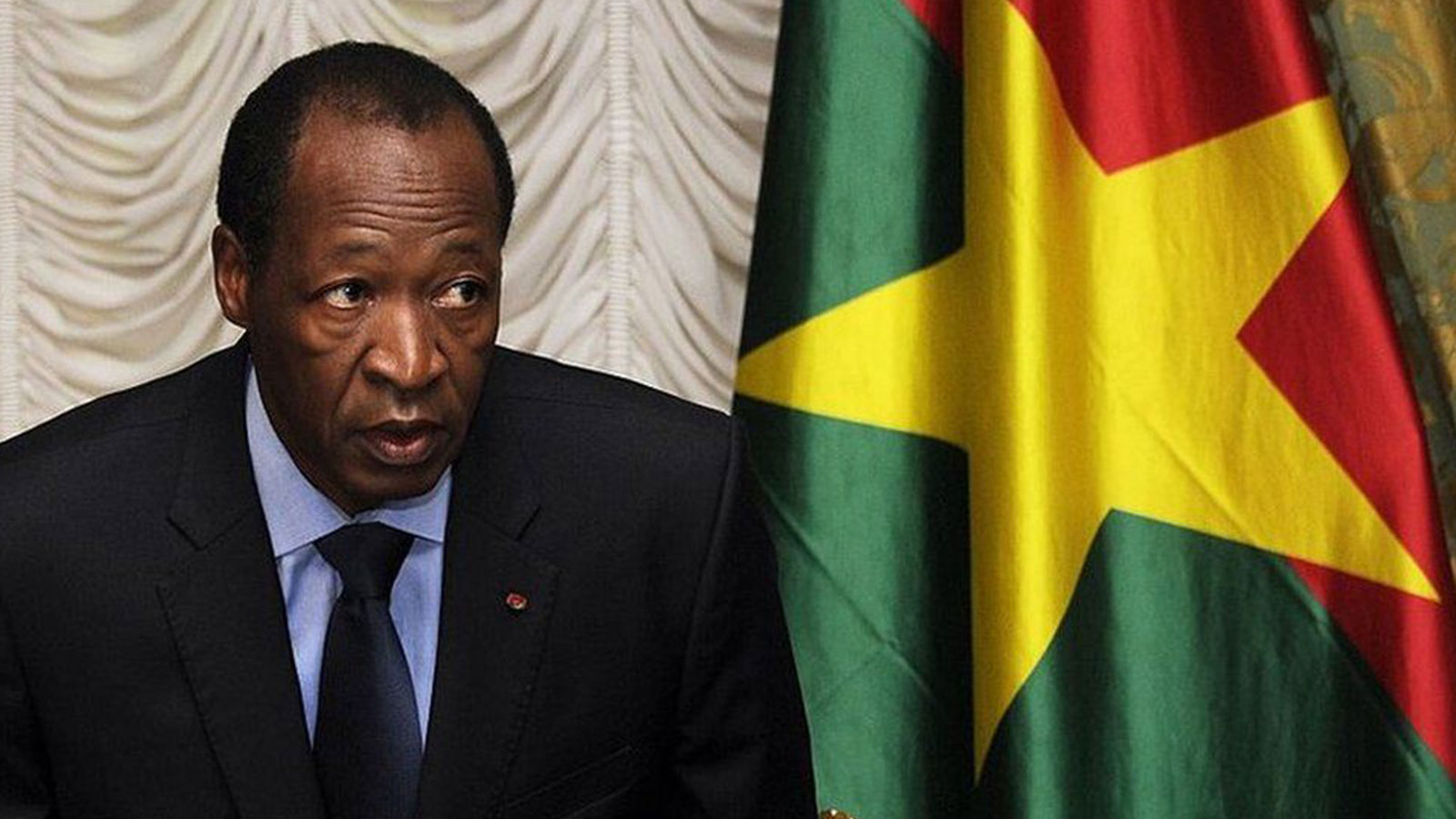 Blaise Compaore was Sankara’s close friend and denies any role in his death (AFP).

“I think he was too slow to accept the idea of pluralistic democracy and those who opposed him couldn’t talk to him and be heard,” said Serge Theophile Balima, who served as the minister of information in Sankara’s government.

Prof Balima added: “He wanted to give power to the people, so he delegated power to proletarians who were heading the Committees for the Defence of the Revolution [CDRs], who were recruited to moralise public and private life. In fact, they found themselves committing abuses which discredited his power.”

In an interview with the Africa Report website in 2020, former President Jean-Baptiste Ouédraogo, who was ousted by Sankara, described him as having “a share of cynicism and political Machiavellianism”.

Why has the trial taken so long?

His brother, Paul Sankara, said: “We’ve waited a long time, all along the 27 years of Blaise Compaoré’s regime. Under his rule we couldn’t even dream of the possibility of a trial.” 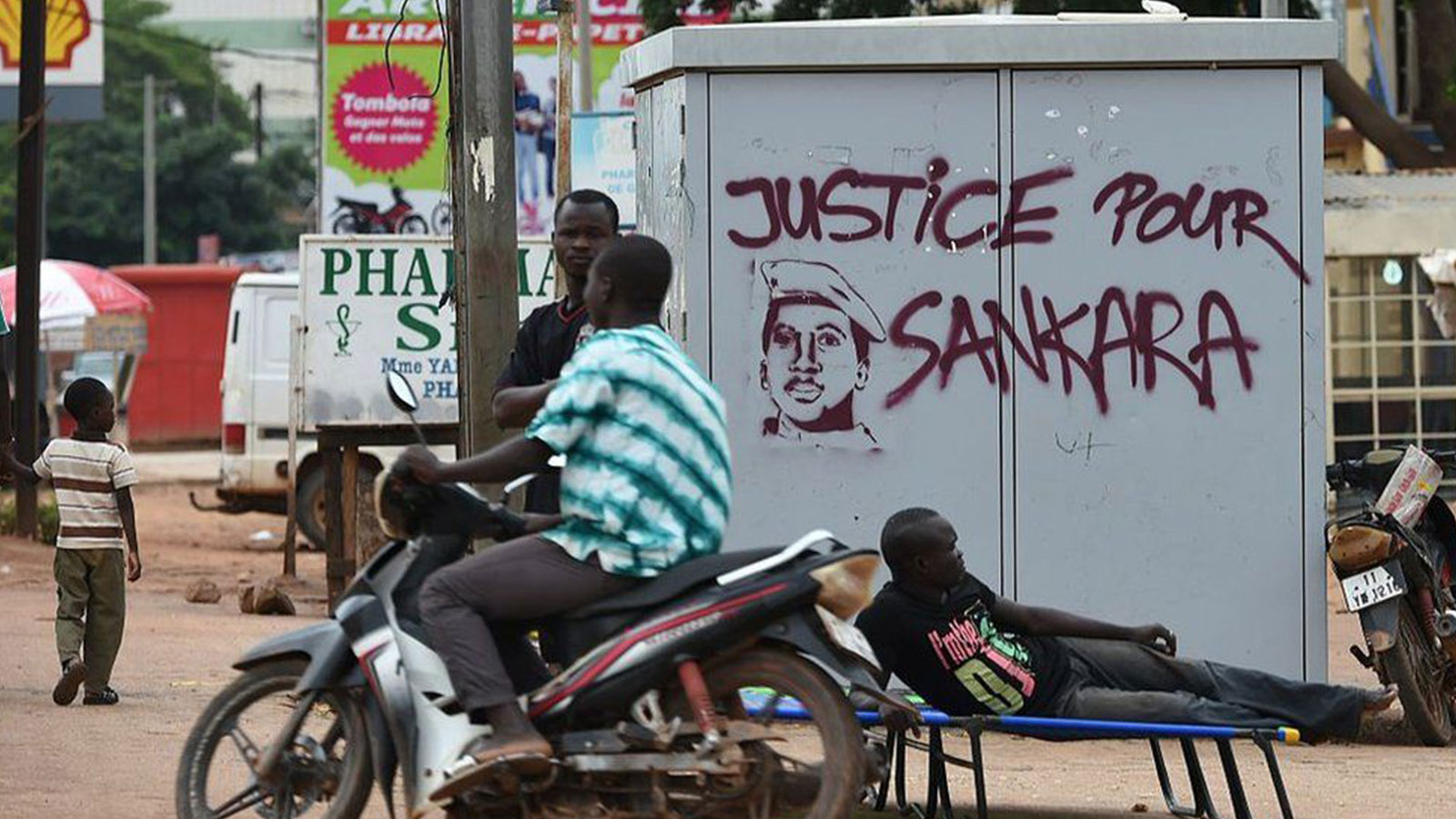 His widow filed a criminal complaint in 1997 over the murder of her husband, but it took 15 years for the Supreme Court to rule that the investigation could continue.

However, little progress was made until Mr Compaoré was overthrown in 2014.

The following year, remains presumed to be his were exhumed but DNA analysis was unable to confirm they were his.

Those archives were declassified and transmitted to Burkina Faso in three stages – the final one in April 2021.

Who else is on trial?

Mr Compaoré’s former chief of staff General Gilbert Diendéré and 11 others are expected to be in the military tribunal. They face charges of “attacking state security”, “complicity in assassination” and “concealment of bodies”.

Diendéré is already in prison, after being sentenced to 20 years for his role in a failed coup in 2015. 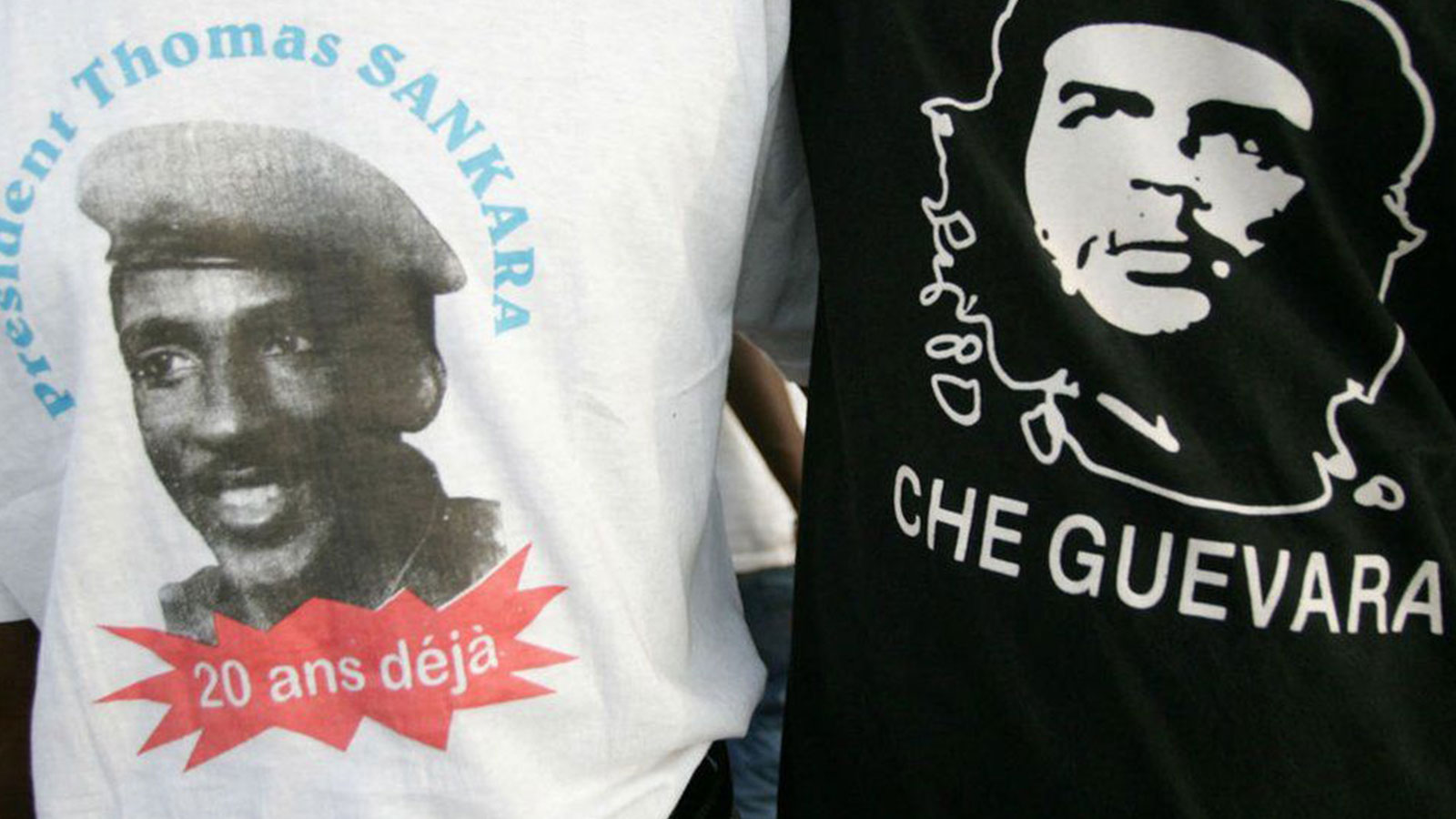 Among the accused is Diébré Jean Christophe, the doctor who signed the death certificate, saying the former president had died from natural causes. He is charged with falsifying a public document.

The other man being charged in absentia is Hyacinthe Kafando, Mr Compaoré’s former security chief, for whom an international arrest warrant has been issued. He is accused of leading the group which carried out the killing of Sankara and 12 others.

What impact will the trial have?

There were fears that the trial could further destabilise Burkina Faso, which is already grappling with frequent attacks by jihadist groups linked to al-Qaeda and the Islamic State group.

Mr Compaoré still retains considerable influence in the country and some analysts have warned parts of the military who remain loyal to him could stir up trouble.

“I do not believe that such a trial can foster instability,” Mathieu Pellerin, a Sahel analyst at the International Crisis Group (ICG), told French magazine Jeune Afrique in April 2020.

“Reconciliation is rarely achieved without justice,” he added.