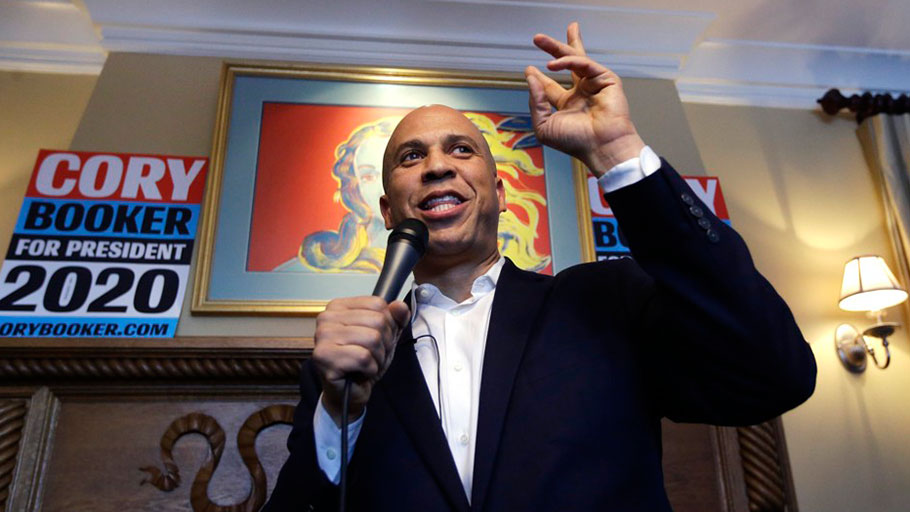 Why Cory Booker Is Focusing on Affordable Housing

You Are Here: Home » Blog » News & Current Affairs » Why Cory Booker Is Focusing on Affordable Housing

A monthly tax credit for low-income renters and a “baby bond” program to help first-time homebuyers are part of the presidential hopeful’s list of proposals.

Pledging to make housing a priority in his 2020 presidential candidacy, New Jersey Senator Cory Booker unveiled a plan on Wednesday with features that would ease affordability, homelessness, and first-time homeownership pressure for millions of families. At the core of the senator’s housing program: a monthly tax credit for renters that the campaign says will help more than 57 million people.

Booker is just the latest Democratic candidate to flag housing as a central issue, and his housing platform is wide ranging. Its most significant feature is a refundable tax credit for anyone paying more than 30 percent of their before-tax income to rent. The credit would refund the difference between the 30 percent threshold and the neighborhood fair market rent (a cap set by the U.S. Department of Housing and Urban Development). The median credit* would amount to $4,800 per family.

Both Booker and another 2020 hopeful, Senator Kamala Harris, introduced housing credits for renters back in 2018. The latest proposal from Booker (as well as Harris) would make the refund payable on a monthly basis—a significant change to IRS procedures.

Booker has linked his housing plan to a proposal for a “baby bonds” program as a way to help future generations participate in home ownership. Baby bonds, a concept developed by Duke University professor William “Sandy” Darity and Ohio State University’s Darrick Hamilton, have been touted as a way to help close the black–white racial wealth gap. Booker’s proposal, which he detailed earlier this year, would be a federally funded savings program that invested $1,000 for every child at birth in an account that “could grow by up to $2,000 every year thereafter depending on family income,” according to the campaign. Those funds could be used to help young people afford first-time down payments, and the campaign claims that the program could be funded entirely by restoring 2009-era estate taxes.

Senator Elizabeth Warren previously announced a housing program that would provide first-time homebuyer down payment assistance in communities once subject to federal discrimination through “redlining.” As a recent report on predatory housing contracts in Chicago shows, discrimination in housing and lending has siphoned billions of dollars from black households.

Other features of Booker’s housing plan include fully funding the national Housing Trust Fund with $40 billion, a national right to counsel fund for those facing eviction, and expanding the Fair Housing Act to include protections against discrimination based on sexual orientation or gender. His grab-bag of housing policies mentions “ban the box” protections prohibiting employers from asking potential hires about past criminal convictions, as well as source-of-income protections to prevent landlords from discriminating against recipients of housing assistance. The candidate has also pledged to fund federal anti-homelessness grants and make the U.S. Interagency Council on Homelessness permanent.

Perhaps the most far-reaching idea in Booker’s platform is a proposal to steer federal funds toward local efforts to ease restrictive zoning, a factor exacerbating the affordability crisis. His Housing, Opportunity, Mobility and Equity Act promises to link $16 billion for various block grants and federal spending programs to easing or eliminating restrictive zoning.

“Making sure all Americans have the right to good housing is very personal to me,” the senator said in a statement. “I’m determined to tear down the barriers that stand in the way of every American being able to do for their families what my parents did for mine.”