You Are Here: Home » Blog » Reparations » The African slave who taught America how to vaccinate itself from smallpox 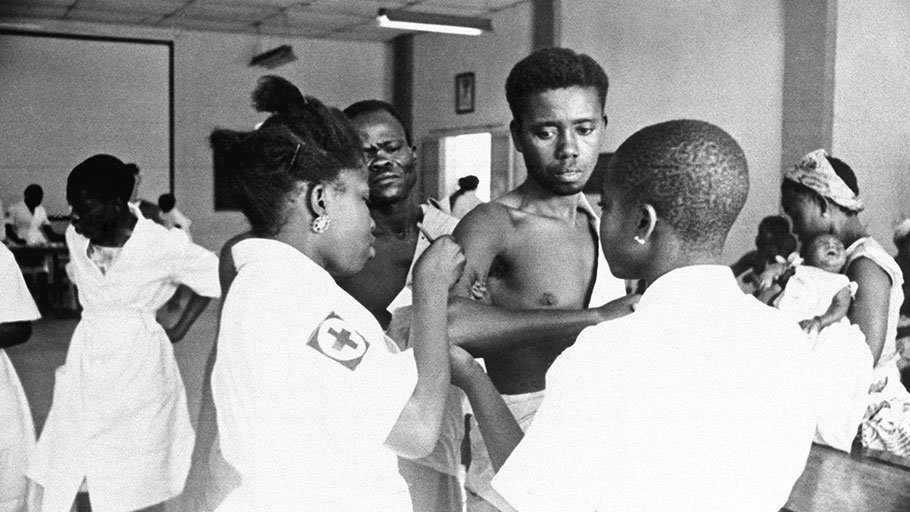 In April 1721, a smallpox outbreak swept through Boston. This was the latest in a string of six epidemics that had, since, 1630, laid waste to the city. Cotton Mather, a local slave owner and preacher, claimed to be in possession of a way of preventing contraction of the disease. Mather, who had first come to public prominence as one of the thinkers behind the Salem Witch Trials, had gotten the method from one of his former slaves.

Fifteen years earlier, Mather’s congregation had purchased for him an African slave, a “Young Man, who is a Negro, of a promising aspect and temper.” Mather named him Onesimus, after a slave in the Bible whose name meant “useful.” Mather described Onesimus as being Guramantese, but it is unclear what ethnic group exactly this refers to. One account suggests them to be the Garamante, who correspond to the Berber peoples of southern Libya. Another places Onesimus among the Coromantee from the coastal areas of modern-day Ghana.

Since smallpox was a common scourge in the 18th century, a slave’s value was predicated on his ability to stave off infection. One of the features of smallpox is that a person can only contract it once. Mather asked Onesimus if he had ever suffered from the disease. Mather describes the conversation that followed:

“Enquiring of my Negro man, Onesimus, who is a pretty intelligent fellow, whether he had ever had the smallpox, he answered, both yes and no; and then told me that he had undergone an operation, which had given him something of the smallpox and would forever preserve him from it; adding that it was often used among the Guramantese and whoever had the courage to use it was forever free of the fear of contagion.”

The operation Onesimus described was a common procedure in certain parts of the world. What happened was that pus from an infected person was rubbed into an open wound of a person uninfected with smallpox. If one survived this procedure, one was thus inoculated against smallpox, and could never contract it. The procedure was done in different places. In Africa, in China, in India, in the Ottoman empire. Most accounts place the origin of inoculation in either China (where they would blow scabs up a person’s nose) or India, and in both places, it was largely a secret procedure whose technique was passed down mostly in families.

By 1721, inoculation was not entirely unknown in the Western world. It was practiced in Wales and Scotland, and slave traders were known to look for inoculation scars on their slaves. The prices of slaves with the scars would then be hiked up. However, in colonial Boston, as smallpox decimated the population, very few of the inhabitants knew about the procedure. In haste, Mather wrote to the city’s physicians, urging them to perform the procedure so as to save lives. 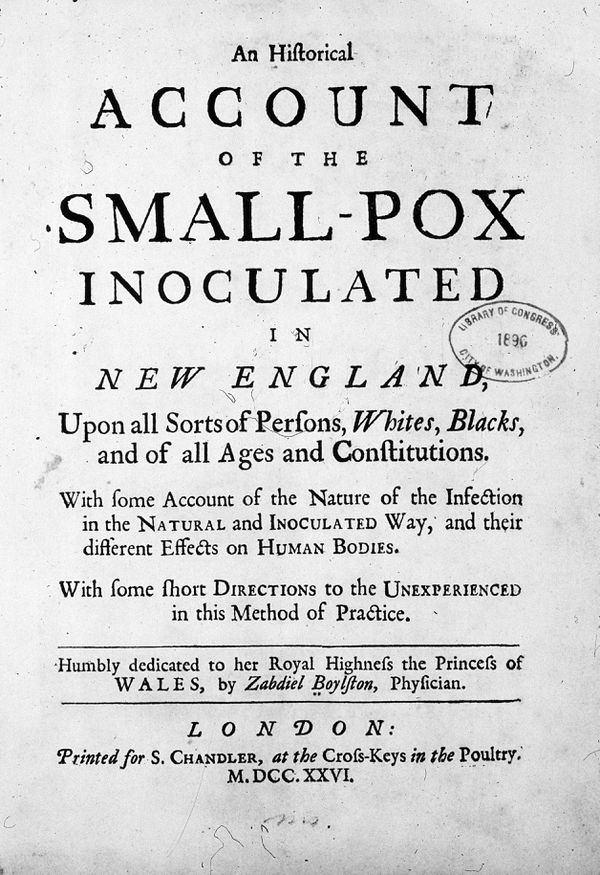 The resistance was immense. Local newspapers vilified him. A grenade was thrown into his house, the throwers angered that he had dared to inoculate his own son, who almost died. His fellow ministers decried his sin, declaring that it was against God’s will to expose his creatures to dangerous diseases. All the physicians in the town, except one, Zabdiel Boylston, refused to carry out the procedure. The moment Boylston announced his intention to do so, Bostonians took to the streets in protest. Cue the first manifestations of the American anti-vaxxer movement. The first people Boylston inoculated were his son, and two of his slaves. He was promptly thrown in jail, accused of recklessly trying to spread disease

At the core of Boston’s resistance to inoculation was a heavy racial bias. Mather had made no secret of the fact that he learnt of the procedure from his former slave, and this was the stick the town used against him. Inoculation existed in scientific documents where it was described as a “heathen practice” from Africa. The white puritans of Boston refused to defile their bodies with African heathenisms. To do so would be against God’s will, against predestination. Let God’s will be done. If the Lord God Almighty had decided that it was your day, that was it. Amen. As Peter Manseau notes, “This was not just a health crisis; it was also a theological one. The majority of Puritan clergy regarded the epidemic as divine will.”

The bias made the impact of the smallpox more severe than it should have been. In the end, Boylston was able to inoculate only 248 of the city’s 11,000 residents. Of these 248, only six died, a rate of one in 40. For the rest of Boston, the mortality rate was one in seven, with 844 people dead by the end of the epidemic.

The vagaries of historical recording mean that, of Mather post the epidemic, a lot is known. He was elected into the Royal Society in London in 1724, and, two years later, continued his writing career, publishing a book, Manuductio ed Ministerium, which was a book of advice on college young affairs, on poetry and music, on style, and on doing good. He died in 1728. Years later, a clutch of American writers paid homage to Mather, declaring their debt to him: Henry Thoreau, Ralph Waldo Emerson, Nathaniel Hawthorne, Henry Wadsworth Longfellow, and James Russell Lowell.

Of the African man called Onesimus very little is known. He had purchased his freedom from Mather in 1716, five years before the epidemic. In exchange for his freedom, Onesimus, “advanced a Summ, towards the purchase of a Negro-Lad, who may serve…in his Room.” Even though Mather, in his diary, claimed that the slave whom he erstwhile held in esteem, “proves wicked, and grows useless, froward, and immorigerous,” he refused to let him go without Onesimus himself fashioning his own replacement. 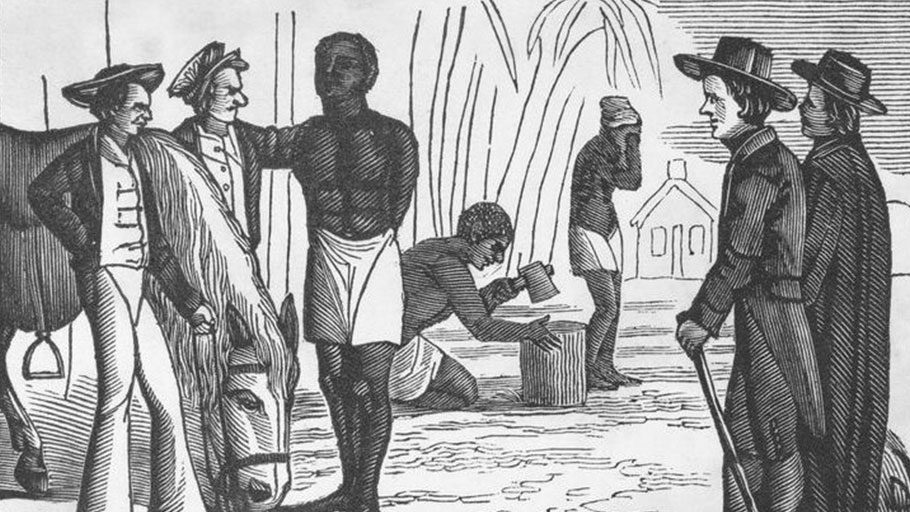 “Picture of slavery in the United States of America. ” by Bourne, George, 1780-1845. New York Public Librar

This assessment of Onesimus seems to have been an effect of his desire to be free. Earlier, Mather had described Onesimus as “a pretty Intelligent Fellow”. Furthermore, years after Onesimus attained his freedom, it is noteworthy that Mather relied on his word-of-mouth as the basis of his inoculation knowledge

Of smallpox, Edward Jenner developed a vaccine in 1796 that, being less dangerous than inoculation, made moot the practice, and effectively started the eradication of the disease in the United States.

In recent years, there has been a growing move to give Onesimus his due for the development of inoculation in Boston, and the United States. In 2016, he was voted among the 100 Best Bostonians of all time. However much he didn’t receive the credence Mather and Boylston got, he won’t be forgotten, this man who introduced America to Smallpox inoculation.