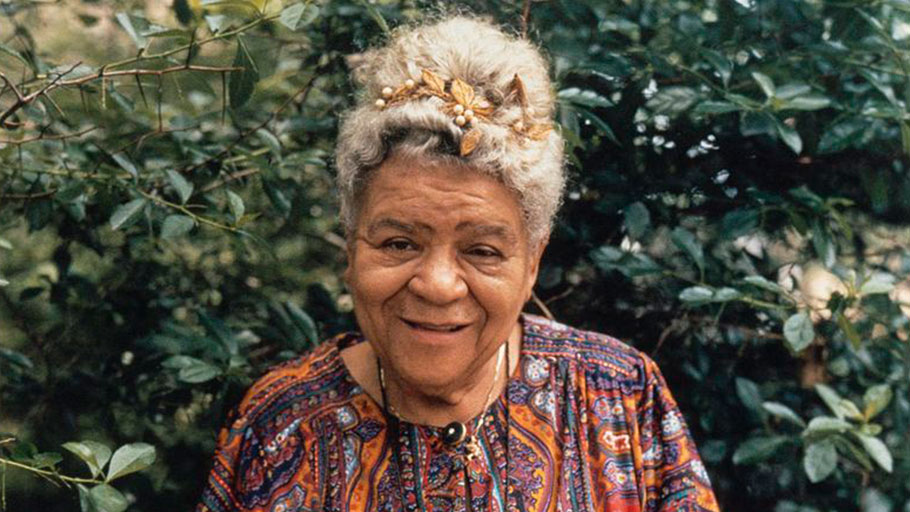 Who is Queen Mother Moore?

Queen Mother Audley Moore was an African American civil and human rights leader and a black nationalist who allied with such civil rights leaders as Marcus Garvey, Nelson Mandela, Winnie Mandela, Rosa Parks, and Jesse Jackson. She was a major figure in the American Civil Rights Movement, a founder of the Republic of New Afrika, and revered as the “Mother” of the modern Reparations Movement.

She was born Audley Moore in New Iberia, Louisiana, to Ella and St. Cry Moore on July 27, 1898. Both her parents died before she completed the fourth grade, her mother Ella Johnson dying in 1904 when Audley was six. Her grandmother, Nora Henry, had been enslaved at birth, the daughter of an African woman who was raped by her enslaver, who was a doctor. Audley Moore’s grandfather was lynched, leaving her grandmother with five children with Moore’s mother as the youngest.

After attending a speech by Marcus Garvey, Moore moved to Harlem, New York, and later became a leader and life member of the UNIA, founded in 1914 by Marcus Garvey. She participated in Garvey’s first international convention in New York City and was a stock owner in the Black Star Line. Along with becoming a leading figure in the Civil Rights Movement, Moore worked for a variety of causes for over 60 years. Her last public appearance was at the Million Man March alongside Jesse Jackson during October 1995.

Moore was the founder and president of the Universal Association of Ethiopian Women as well as the founder of the Committee for Reparations for Descendants of U.S. Slaves. She was a founding member of the Republic of New Afrika, dedicated to the fight for self-determination, land, and reparations.

In addition, Moore was bishop of the Apostolic Orthodox Church of Judea. She was a founding member of the Commission to Eliminate Racism, Council of Churches of Greater New York. In organizing this commission, she staged a 24-hour sit-in for three weeks. She was a founder of the African American Cultural Foundation, Inc., which led the fight against usage of the slave term “Negro”.

In 1957, Moore presented a petition to the United Nations and a second in 1959, arguing for self-determination, against genocide, for land and reparations, making her an international advocate. Interviewed by E. Menelik Pinto, Moore explained the petition, in which she asked for 200 billion dollars to monetarily compensate for 400 years of slavery.

The petition also called for compensations to be given to African Americans who wish to return to Africa and those who wish to remain in America. Queen Mother Moore was the first signer of the New African agreement

Taking the first of many trips to Africa in 1972, she was given the chieftaincy title “Queen Mother” by members of the Ashanti people in Ghana, an honorific which became her informal name in the United States.