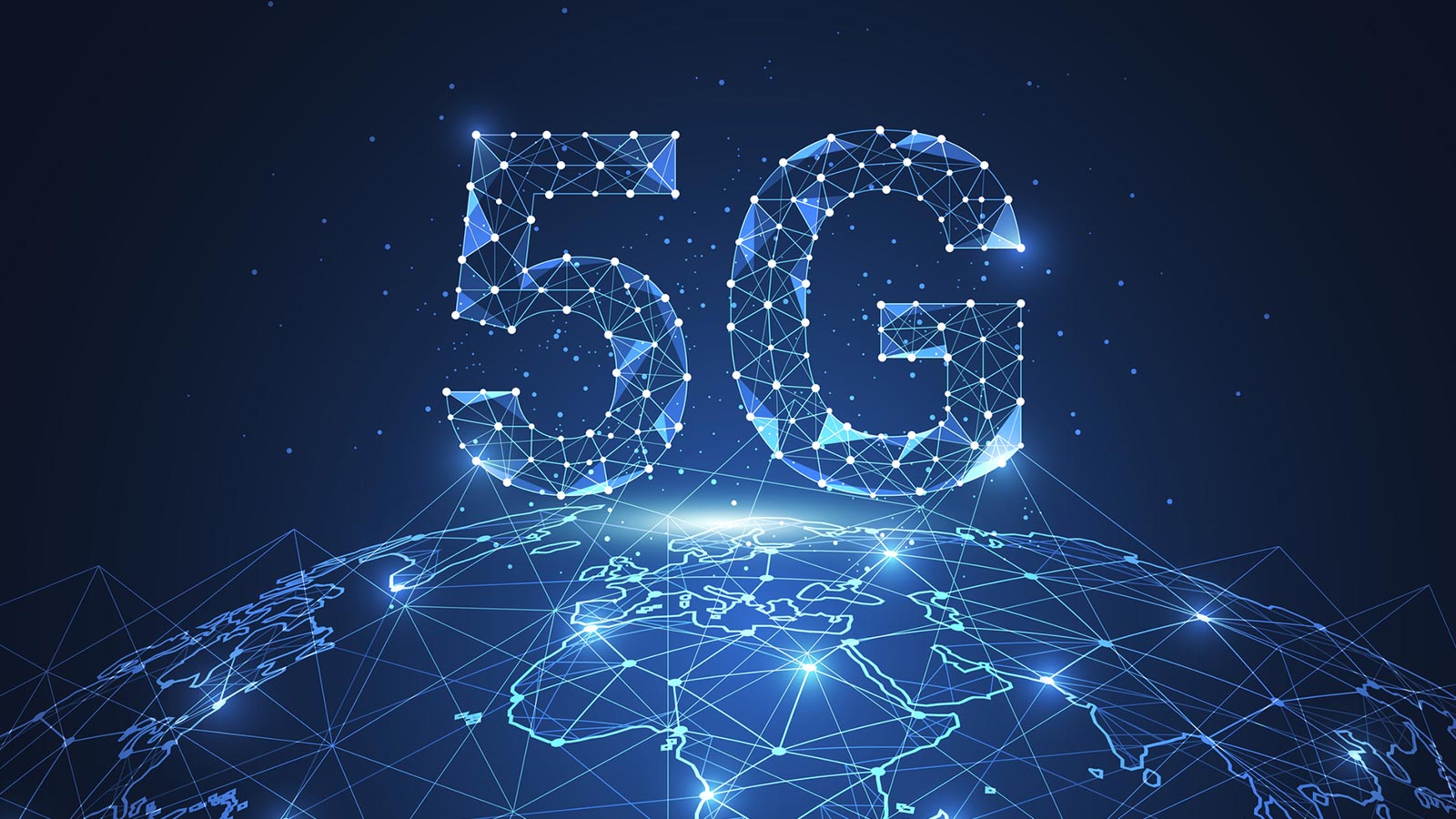 You Are Here: Home » Blog » Commentaries/Opinions » 5G and the bipartisan infrastructure law could help end the digital divide

The last two years have underlined what we already knew: the digital divide in America is real and has consequences for millions of Americans. An affordable, reliable connection is imperative in participating in the 21st century economy, and those families relying on mobile-only access are falling behind. Often, they cannot attend class online or seek a career opportunity that offers the possibility of working remotely. And as more services, job applications, and infrastructure moves online, the gap is only widening.

This digital divide is one that crosses geographic, racial, and class lines. More often than not, those living without access to a reliable broadband connection are living in rural areas of our country. In urban areas access is not a problem, but affordability is for many low-income families – a challenge that disproportionately impacts minority communities. Data show that Black and Hispanic adults are less likely than White adults to have high-speed internet in their home. And while 92 percent of adults who make $75,000 or more a year say they have broadband at home, that number drops to 57 percent according to those whose annual income is $30,000 or less. 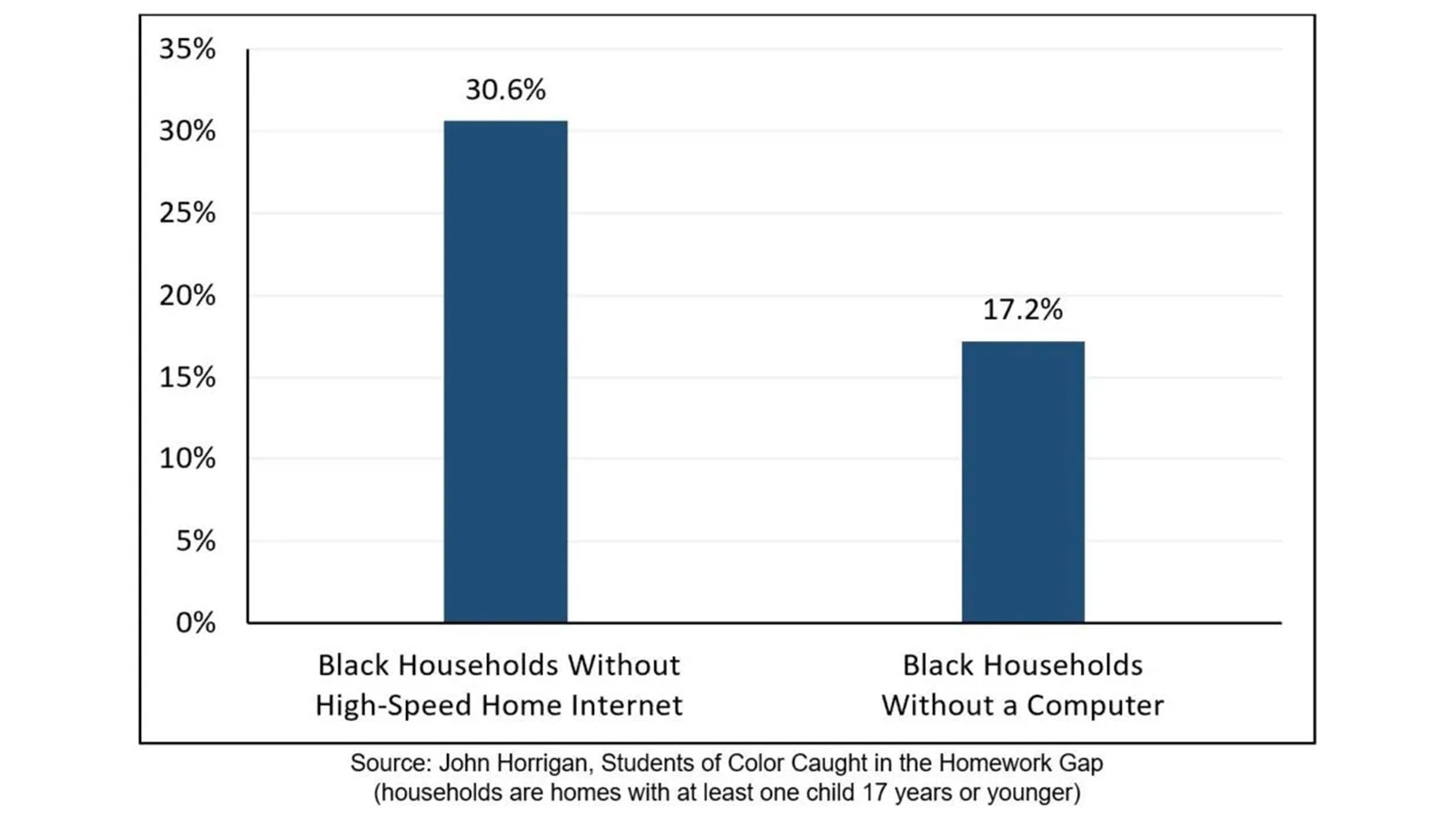 Source: John Horrigan, Students of Color Caught in the Homework Gap (households are homes with at least one child 17 years or younger)

According to research by the Joint Center for Political and Economic Studies, “Over 7.2 million children in the U.S. live in households without a computer—including over 1.84 million Black children…In the United States, 34 percent of Black adults do not have home broadband, and 30.6% of Black households with one or more children age 17 or younger lack high-speed home internet (over 3.25 million Black children live in these households).”

Therefore, while it’s great news to see that broadband prices have fallen over the last five years, there are still millions of Americans who can’t afford an internet connection at home. Fortunately, two new developments from the public and private sector can help solve this problem: the Bipartisan Infrastructure Law and the nationwide rollout of 5G home service.

Closing the digital divide has been an area of key focus for President Biden. The bipartisan infrastructure package signed into last year contains billions of dollars that aims to tackle not only broadband access, but affordability and adoption. $14.2 billion of this funding went to the creation of the Affordability Connectivity Program (ACP), which offers a $30 discount to help lower-income consumers and families pay for internet service. In many cases, internet service providers are offering plans under the ACP which are effectively free, and, to date, over 10 million households have taken advantage of these steep discounts.

The infrastructure bill also provides $65 billion to help bring broadband to the many unserved and under-served swaths of the country where there is little to no service to be had at any price. States are currently working on developing plans in coordination with the National Telecommunications Information Administration (NTIA) to finally connect those parts of their cities and states that have languished with poor connectivity for decades.

One of the solutions to connect these homes is a new one: 5G for home broadband (also known as fixed wireless access or FWA). Similar to your phone connection, 5G home is a wireless, rapidly deployable and a cost-effective technology that relies on new, nationwide 5G networks to provide home internet at speeds comparable to cable.

Many people who are living without internet don’t have the luxury of waiting around for a technician for one, let alone two, visits. The ease of use of 5G for home broadband addresses this problem. It relies on the user for a self-installation, with some carriers reporting an average install time that is under an hour.

There are over 2,800 providers of fixed wireless access in the United States today. The number of companies entering the market will significantly increase competition and cause the price of broadband to drop even further. FWA plans are generally priced below cable internet rates and this new competition is a welcome development for low-income families.

The Biden administration’s broadband connectivity goals are intrinsically linked to the successful and widespread rollout of fixed wireless access. We’ve made a historic investment in making broadband affordable through the ACP and in making broadband available to all Americans. This historic investment along with 5G home internet service means a better digital future for all of us regardless of race or income level. An equitable digital future is within reach.