A Large Portion of the Electorate Chose the Sociopath

You Are Here: Home » Commentaries/Opinions » A Large Portion of the Electorate Chose the Sociopath 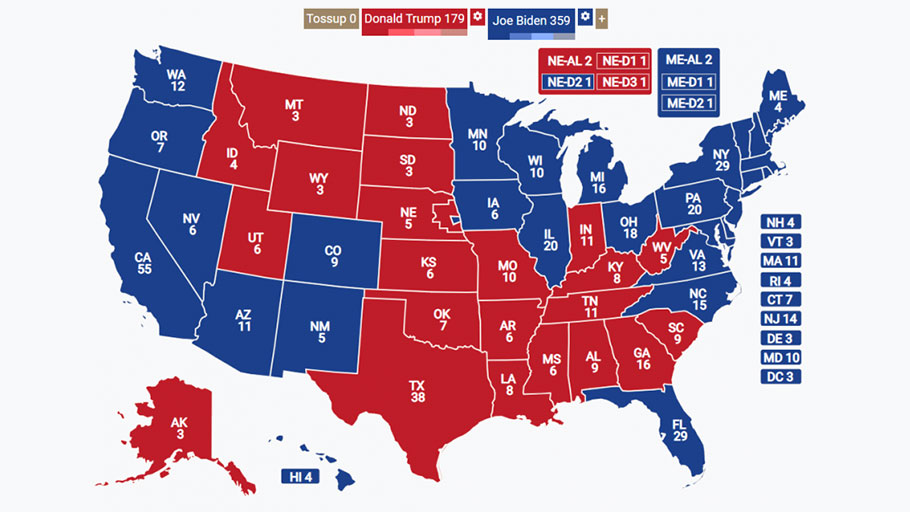 America will have to contend with that fact.

By Tom Nichols, The Atlantic —

The moment every Donald Trump opponent has been waiting for is at hand: Joe Biden seems to be taking the lead. So why am I not happy?

I am certainly relieved. A Biden victory would be an infinitely better result than a Trump win. If Trump were to maintain power, our child-king would be unfettered by bothersome laws and institutions. The United States would begin its last days as a democracy, finally stepping over the ledge into authoritarianism. A win for Biden would forestall that terrible possibility.

But no matter how this election concludes, America is now a different country. Nearly half of the voters have seen Trump in all of his splendor—his infantile tirades, his disastrous and lethal policies, his contempt for democracy in all its forms—and they decided that they wanted more of it. His voters can no longer hide behind excuses about the corruption of Hillary Clinton or their willingness to take a chance on an unproven political novice. They cannot feign ignorance about how Trump would rule. They know, and they have embraced him.

Sadly, the voters who said in 2016 that they chose Trump because they thought he was “just like them” turned out to be right. Now, by picking him again, those voters are showing that they are just like him: angry, spoiled, racially resentful, aggrieved, and willing to die rather than ever admit that they were wrong.

To be clear, I never expected a Biden landslide in a country as polarized as the United States. I was a wet blanket even among my Never Trump comrades, holding out only the modest hope that Biden would recapture the states Clinton lost in 2016, and possibly flip Arizona. But I expected the margins in all of those states—and especially in Biden’s birth state of Pennsylvania—to be higher. I suspected that Biden had no real chance in places such as Texas or Georgia or even North Carolina, all states in the Trumpist grip.

Nor was I among the progressives who believed America would repudiate Trump’s policies. For one thing, I am a conservative—and I know my former tribe. Trump voters don’t care about policy. They didn’t care about it in 2016, and they don’t care about it now. The party of national security, fiscal austerity, and personal responsibility supports a president who is in the pocket of the Russians, has exploded the national deficit, and refuses to take responsibility for anything. I had hoped, at the least, that people who once insisted on the importance of presidential character would vote for basic decency after living under the most indecent president in American history.

It’s clear now that far too many of Trump’s voters don’t care about policy, decency, or saving our democracy. They care about power. Although Trump appears to have received a small uptick in votes from Black men and Latinos, the overwhelming share of his supporters are white. The politics of cultural resentment, the obsessions of white anxiety, are so intense that his voters are determined not only to preserve minority rule but to leave a dangerous sociopath in the Oval Office. Even the candidacy of a man who was both a political centrist and a decent human being could not overcome this sullen commitment to authoritarianism.

My greatest fear, aside from an eventual Trump victory over the coming days, is that no matter the outcome, both parties will rush to draw the wrong lesson from this close election. The Republicans will conclude that just a bit more overt racism (but less tweeting about it) will carry the day the next time. They will see the exit polls that called for a “strong national leader,” and they will replace the childish and whiny Trump with someone who projects even more authoritarian determination. They will latch on to the charge that democracy is a rigged game, and they will openly despise its rules even more than Trump has.

The Democrats, for their part, might look at this near-death experience, and, as they sometimes have in the past, conclude that moving left, including more talk of socialism and more social-justice activism, is just the tonic they’ll need to shore up their coalition. Some Democrats tend to believe that almost every election confirms the need to lurch to the left, when in fact the 2020 election should be a reminder that Trump would have beaten anyone left of Biden.

If the vote plays out as it seems it will at this point, Biden will become our 46th president. But Americans can take very little pride in the overall vote and what it reveals about nearly half of our electorate.

American voters, including those who didn’t show up or who voted third-party in 2016, are now like drunks who have been bailed out of jail in the morning, full of relief as their lawyers explain that the police aren’t pressing charges. If Biden wins, we will have a second chance to keep our democracy intact. Some of us will have a moment of clarity. Most of us will just want to go home, throw up, change our clothes, and hope for the best.

But many millions, eyes dimming and livers failing, are still reaching for the bottle.