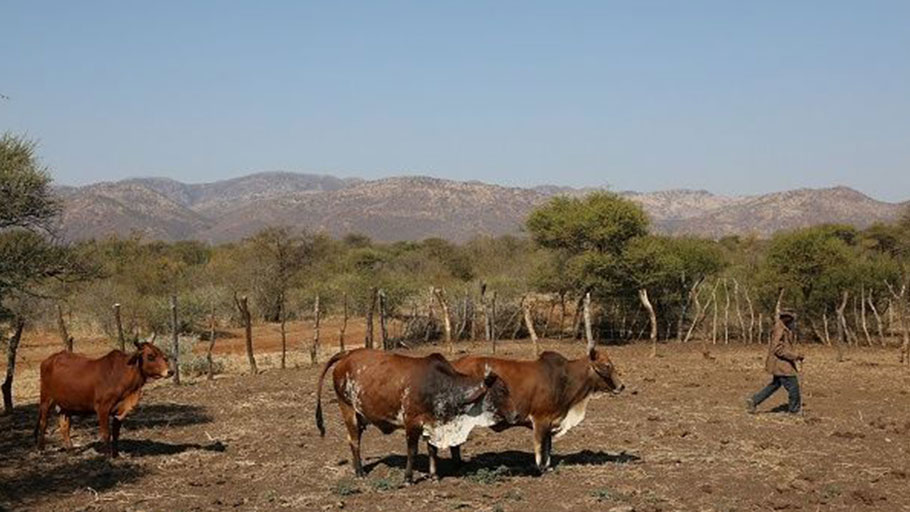 Africa is bleeding, but slowly waking up, trying to move forward. There is no doubt that the momentum is building, writes Andre Vitchek.

At times, the situation in Africa may appear desperate. The plunder and genocide in the Democratic Republic of Congo (DRC) goes on; the French neo-colonialist policies in Central and West Africa are throwing entire nations into turmoil and despair. Mostly implanted (often by Western allies) jihadi cadres are active in dozens of countries, including Nigeria, Kenya and Mali.

Western imperialism has been destroying the continent for centuries. The merciless, brutal ransacking has never really stopped, to this day. There is no other continent on our planet which has been so thoroughly brutalized, humiliated and tortured.

But is everything really lost?

I spent six years in Africa. I wrote about the continent, from South Africa to Mauritius, Cape Verde to Congo and Rwanda. I made documentary films, including ‘Rwanda Gambit’ and ‘One Flew Over Dadaab,’ as well as films for teleSUR. And in the end I had to flee, four years ago, because my safety was in jeopardy.

For some time, I did not even dare to come to Kenya, my former base. Things changed earlier this year, when I was invited to address African revolutionary opposition leaders at the Embassy of the Bolivarian Republic of Venezuela in Nairobi, and decided to take a risk and just go.

The slums where I filmed my documentary were the same. Horrific graffiti was still ‘decorating’ places where the election violence took several lives, on two different occasions. Misery was everywhere. Gangs were still in control of the major shanty towns. In richer neighborhoods, desperately poor people were passing in front of the latest luxury developments and hotels.

However, there was something totally new in the air. It was hope.

China moved in, in full force, and began building infrastructure, cheaply and efficiently. Nairobi now has a new and wonderful train station; it has an express train connecting it with the coastal port city of Mombasa. Soon, Chinese engineers will extend new rail lines to Uganda, and if everything goes well, to landlocked Ethiopia. China is building schools and hospitals, but also roads, sidewalks and government buildings.

The West is fuming and keeps smearing China. For centuries, it only took; never gave back. China gives and takes, and often gives more than it takes. All surveys indicate that African nations have an extremely positive view of China (only 13 percent view China negatively in Africa’s most populous country, Nigeria, according to a PEW Research Center report).

When it comes to the revolutionary left in Africa, hardly anyone has any doubts that it will be Latin America (ideologically) and China (practically) helping to pull countries such as Kenya out of the neo-colonialist and neo-liberal dependency and nightmare.

“Things are changing even under this government of Uhuru, which could hardly be described as socialist,” explained my close friend and the leader of Kenya’s left-wing opposition, former MP Mwandawiro Mghanga. He is a staunch friend of Cuba and Venezuela. “Things that would be unimaginable just a few years ago are now taking place: Kenya is introducing basic and free medical care for all. China is connecting East Africa by roads and railroads. Emboldened, the government is moving closer to China and further away from the West.”

That may be dangerous, because the West is known to overthrow entire governments and support the opposition in many nations that dare to work closely with China and Russia. But Africa has no choice: for centuries it suffered, it was robbed of everything. It finally had enough, and it has to change course.

National Organizing Secretary of SDP-Kenya (Socialist) Booker Ngesa Omole has no doubt about what role China plays in Africa:

“The relationship of China and Kenya particularly, and Africa generally, has not only led to tremendous development in infrastructure, but also a genuine cultural exchange among the Chinese and African people

“It has also shown that there is a different way to relate to the so-called development partners and the international capital: the Chinese have developed a policy of non-interference in the internal affairs of a sovereign country, as opposed to the United States and Western countries, through the IMF and World Bank, which have imposed destructive policies on the continent that has led to the suffering and death of many African people, like that infamous structural adjustment plan, that was a killer plan, after its implementation Kenyans unemployment skyrocketed, our country also became bankrupt.

“Another comparison is the speed at which the projects are done. In the past we had a gruesome bureaucratic expensive process, which could take several years before any work could start on the ground.

“This has changed with the coming in of Chinese capital: we see the projects are being effected just in time, we see very high-quality work contrary to what the Western media want to portray that everything from China and Russia is fake before arrival.”

During my visit, I clearly understood what great inspiration both Venezuela and Cuba are providing to the African revolutionaries.

“This is your home, come anytime,” declared Jose Avila Torrez, charge d’affaires of the Venezuelan embassy in Nairobi, Kenya.

I gave a speech then we had a long discussion about the current situation in the Middle East, China and Russia. Present were leaders of African left-wing opposition, most of them young.

It was obvious that the African Left is intuitively clinging to the Left in Latin America. There was ‘common language,’ so to speak. China is something that Africans are trying to learn about and to understand. Thousands of generous scholarships to Chinese universities will certainly help, but it will take time to overcome the cultural barriers.

This time again, I spoke to many people and I was leaving Africa convinced that things are slowly moving in the right direction. Changes will take time. Revolution is coming, but it is not yet around the corner. True de-colonialization is possible, but there has to be external help; the continent is too wounded to do it all on its own.

China will help, logistically, economically and socially. Latin America is helping, ideologically. Russia should join (unfortunately, its presence in Africa is nominal at the moment).

As of now, Africa is bleeding, but slowly waking up, trying to move forward. There is no doubt that the momentum is building.

Andre Vitchek is a philosopher, novelist, filmmaker and investigative journalist who has covered conflicts in dozens of countries. His latest books are ‘Revolutionary Optimism, Western Nihilism;’ revolutionary novel ‘Aurora,’ and bestselling political non-fiction work, ‘Exposing Lies Of The Empire.’ Watch ‘Rwanda Gambit,’ his groundbreaking documentary about Rwanda and DR Congo, and his film/dialogue with Noam Chomsky ‘On Western Terrorism.’

Here’s Why Trump Picked on LeBron, And It Has Nothing to Do with His School or His IQ

Here’s Why Trump Picked on LeBron, And It Has Nothing to Do with His School or His IQ
We Need Your Support — Donate, Share, Sign-Up Ways to Support