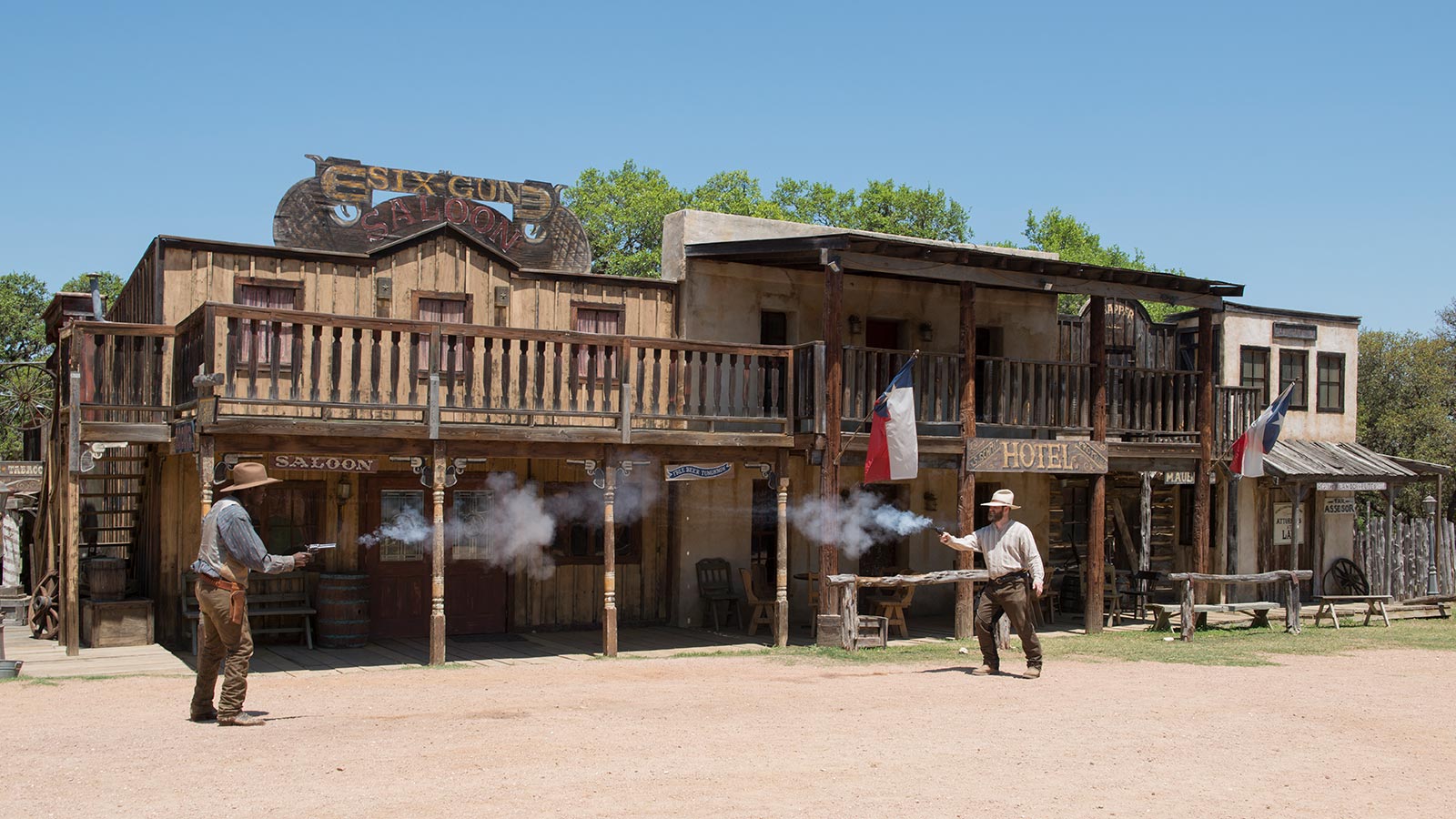 You Are Here: Home » Blog » Commentaries/Opinions » American gun culture is based on frontier mythology – but ignores how common gun restrictions were in the Old West

A scholar of gun culture looks at the roots of Americans’ love affair with firearms – and their willingness to accept gun violence as a price of freedom.

By Pierre M. Atlas, The Conversation —

In the wake of the Buffalo and Uvalde mass shootings, 70% of Republicans said it is more important to protect gun rights than to control gun violence, while 92% of Democrats and 54% of independents expressed the opposite view. Just weeks after those mass shootings, Republicans and gun rights advocates hailed the Supreme Court ruling that invalidated New York state’s gun permit law and declared that the Second Amendment guarantees a right to carry a handgun outside the home for self-defense.

Mayor Eric Adams, expressing his opposition to the ruling, suggested that the court’s decision would turn New York City into the “Wild West.” Contrary to the imagery of the Wild West, however, many towns in the real Old West had restrictions on the carrying of guns that were, I would suggest, stricter than the one just invalidated by the Supreme Court.

Support for gun rights among Republicans played an important role in determining the contents of the the bipartisan Safer Communities Act, the first new gun reform bill in three decades. President Joe Biden signed it into law just two days after the Supreme Court’s decision was released. In order to attract Republican support, the new law does not include gun control proposals such as an assault weapons ban, universal background checks or raising the purchasing age to 21 for certain types of rifles. Nevertheless, the bill was denounced by other Republicans in Congress and was opposed by the National Rifle Association.

I have found that for those Americans who see the gun as both symbolizing and guaranteeing individual liberty, gun control laws are perceived as fundamentally un-American and a threat to their freedom. For the most ardent gun rights advocates, gun violence – as horrible as it is – is an acceptable price of that freedom.

My analysis finds that gun culture in the U.S. derives largely from its frontier past and the mythology of the “Wild West,” which romanticizes guns, outlaws, rugged individualism and the inevitability of gun violence. This culture ignores the fact that gun control was widespread and common in the Old West. 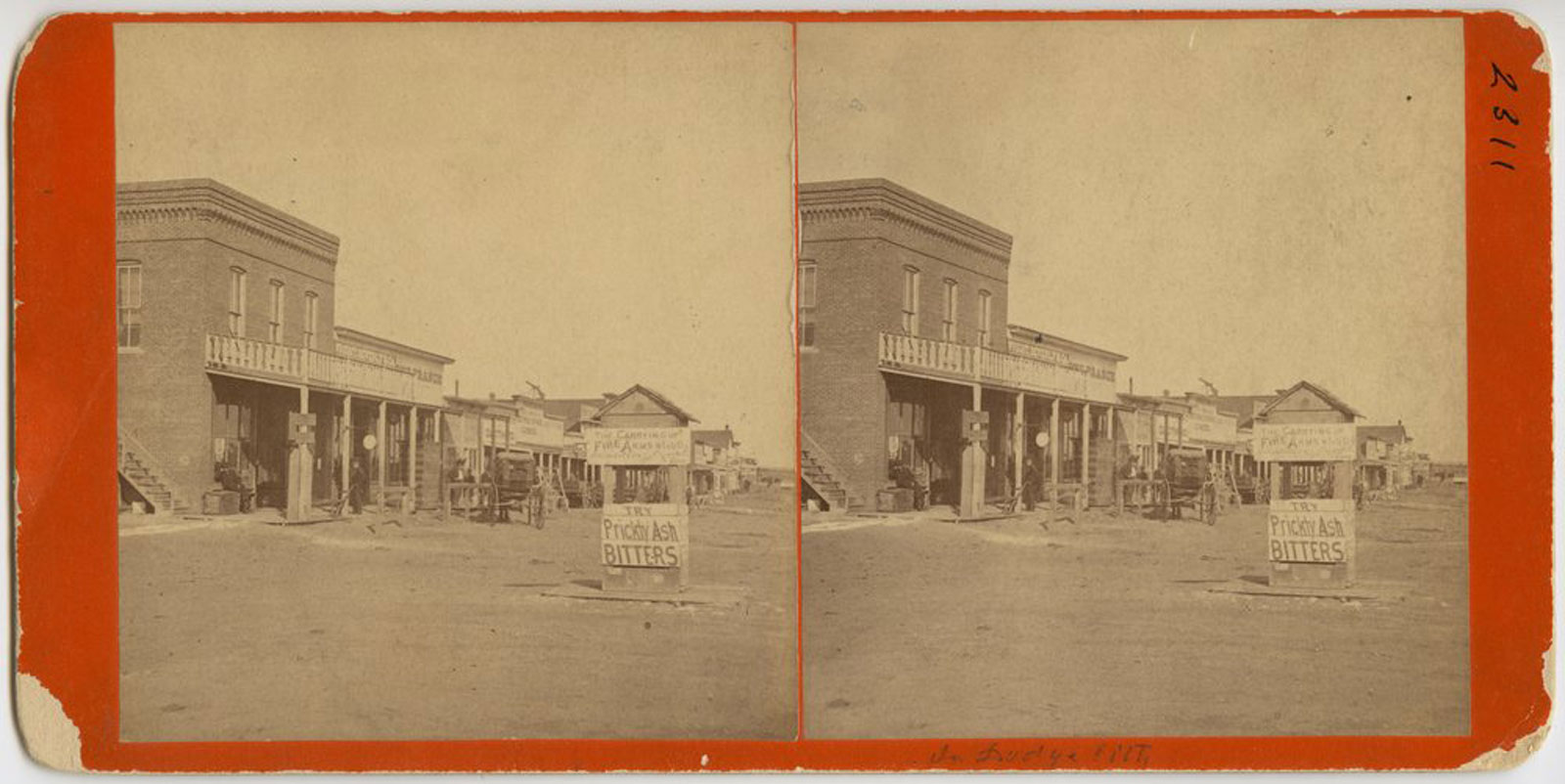 It’s a bit hard to read, but the sign to the right of this view of Dodge City, Kansas, from 1878 reads ‘The carrying of firearms strictly prohibited.’ Ben Wittick via Kansas Historical Society

The prevalence of guns

In 2020, 44% of American households reported owning at least one firearm. According to the 2018 international study Small Arms Survey, there were approximately 393 million firearms in civilian hands in the U.S., or 120.5 firearms per 100 people. That number is likely higher now, given increases in gun sales in 2019, 2020 and 2021.

Americans have owned guns since colonial times, but American gun culture really took off after the Civil War with the imagery, icons and tales – or mythology – of the lawless frontier and the Wild West. Frontier mythology, which celebrates and exaggerates the amount and significance of gunfights and vigilantism, began with 19th-century Western paintings, popular dime novels and traveling Wild West shows by Buffalo Bill Cody and others. It continues to this day with Western-themed shows on streaming networks such as “Yellowstone” and “Walker.”

A gunfight in the TV show ‘Yellowstone.’

Historian Pamela Haag attributes much of the country’s gun culture to that Western theme. Before the middle of the 19th century, she writes, guns were common in U.S. society, but were unremarkable tools used by a wide range of people in a growing nation.

But then gun manufacturers Colt and Winchester started marketing their firearms by appealing to customers’ sense of adventure and the romance of the frontier. In the mid-19th century, the gun manufacturers began advertising their guns as a way people all around the country could connect with the excitement of the West, with its Indian wars, cattle drives, cowboys and gold and silver boomtowns. Winchester’s slogan was “The Gun That Won the West,” but Haag argues that it was really “the West that won the gun.”

By 1878, this theme was so successful that Colt’s New York City distributor recommended the company market the .44-40 caliber version of its Model 1873 single-action revolver as the “Frontier Six Shooter” to appeal to the public’s growing fascination with the Wild West. 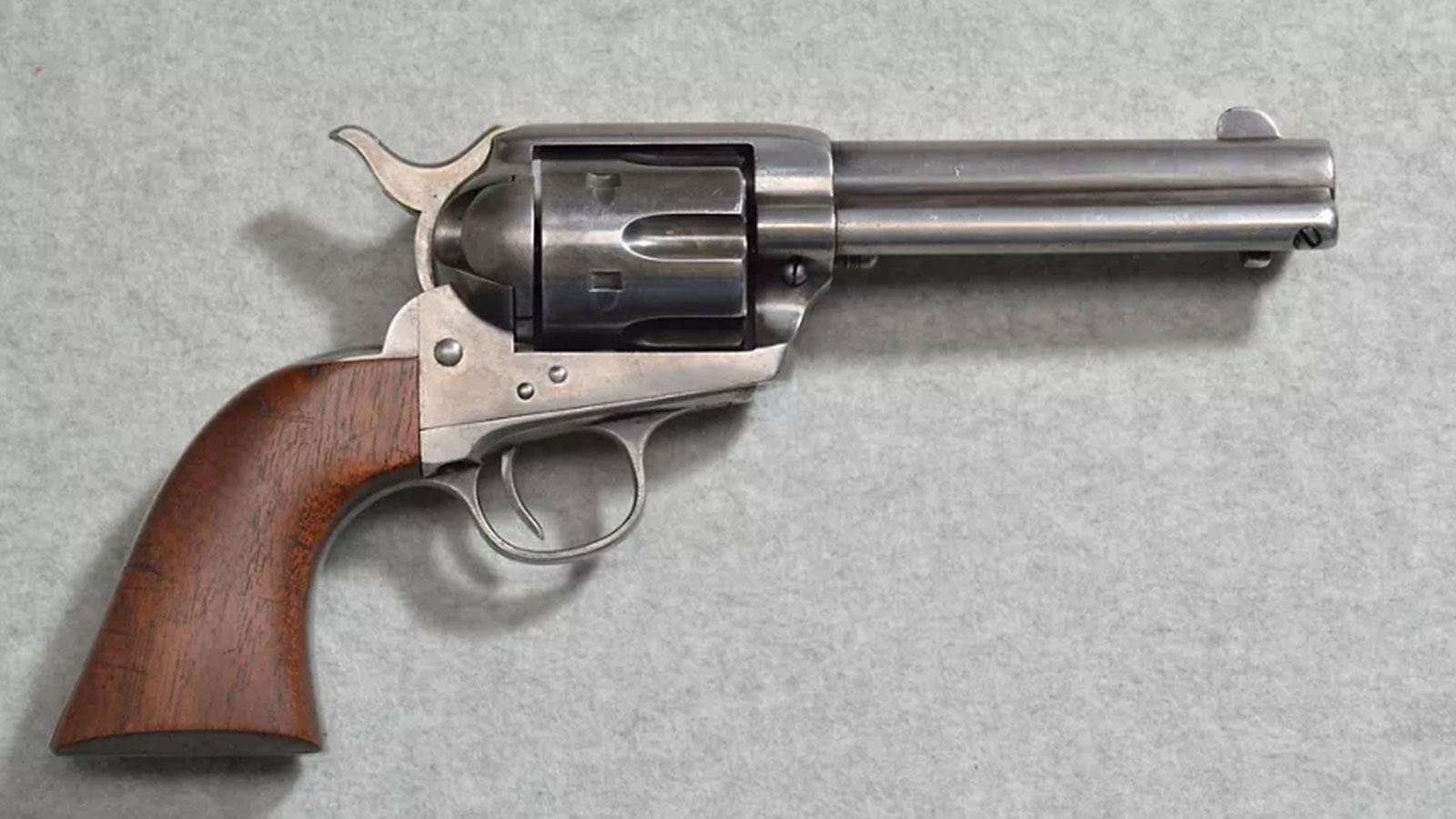 Gun ownership was commonplace in the post-Civil War Old West, but actual gunfights were rare. One reason was that, contrary to the mythology, many frontier towns had strict gun laws, especially against carrying concealed weapons.

“Gunsmoke,” the iconic TV show that ran from the 1950s through the 1970s, would have seen far fewer gunfights had its fictional marshal, Matt Dillon, enforced Dodge City’s real laws banning the carrying of any firearms within city limits.

The appeal of this mythology extends to the present day. In August 2021, a Colt Frontier Six Shooter became the world’s most expensive firearm when the auction house Bonhams sold “the gun that killed Billy the Kid” at auction for over $6 million. As a mere antique firearm, that revolver would be worth a few thousand dollars. Its astronomic selling price was due to its Wild West provenance.

The historical reality of the American frontier was more complex and nuanced than its popular mythology. But it’s the mythology that fuels American gun culture today, which rejects the types of laws that were commonplace in the Old West.

A particular view of safety and freedom

Hardcore gun owners, their lobbyists and many members of the Republican Party refuse to allow the thousands of annual gun deaths and the additional thousands of nonfatal shootings to be used as justifications for restricting their rights as law-abiding citizens.

They are willing to accept gun violence as an inevitable side effect of a free and armed but violent society.

Their opposition to new gun reforms as well as the current trends in gun rights legislation – such as permitless carry and the arming of teachers – are but the latest manifestations of American gun culture’s deep roots in frontier mythology.

Wayne LaPierre, executive director of the National Rifle Association, the country’s largest gun rights group, tapped into imagery from frontier mythology and American gun culture following the Sandy Hook massacre in 2012. In his call to arm school resource officers and teachers, LaPierre adopted language that could have come from a classic Western film: “The only thing that stops a bad guy with a gun is a good guy with a gun.”

This view of a lone, armed person who can stand up and save the day has persisted ever since, and provides an answer of its own to mass shootings: Guns are not the problem – they’re the solution.

Featured image: Reenactments of Old West gunfights, like this one at a tourist attraction in Texas in 2014, are part of the mythology underpinning the United States’ gun culture. Carol M. Highsmith via Library of Congress