Black community leader: Legalizing weed should come with reparations to people of color

You Are Here: Home » Blog » Commentaries/Opinions » Black community leader: Legalizing weed should come with reparations to people of color 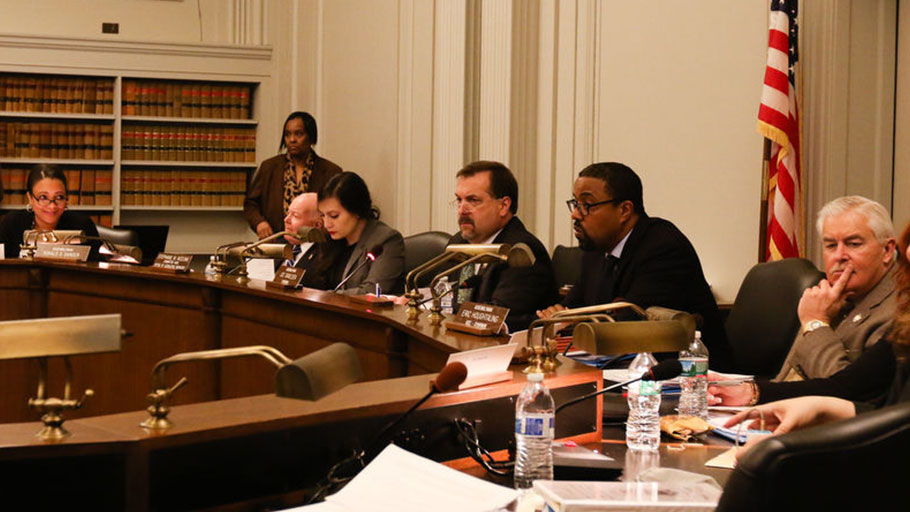 Marijuana prohibition in New Jersey has been enforced by race and socio-economic status.

African Americans are three times more likely to be arrested for marijuana possession than whites even though both use marijuana at similar rates. It would be another tragic injustice — and added insult to injury — if legalization makes several white millionaires after decades of prohibition has made hundreds of thousands of poor black felons.

Boyer: People who were vilified for being in the underground market must now be given preference in the legal market. Anything less will not be justice.

As a faith leader, I often see firsthand the collateral consequences of a criminal conviction, which subjects an individual to a system of legal discrimination that can last a lifetime and can make it difficult — or even impossible — to secure employment, housing, student loans, or a driver’s license. Even without a conviction, the consequences of an arrest can include untold stigma and humiliation, the financial burden of a criminal court proceeding and lost hours at work or school.

These factors have real-life consequences on families and communities, often perpetuating poverty and serving as barriers to economic mobility and success. In addition, marijuana laws have been used to support biased policies like Stop and Frisk, racial profiling and the deportation of people of color.

As people of faith, we are called to pursue a fairer and more compassionate world. Ending prohibition is an essential step to realizing this purpose.

Lawmakers have the opportunity to do reparative justice for communities of color, which have been devastated by the war on drugs.

The tax structure proposed is not sufficient to bring the type of resources equivocal to the devastation wrought. The complexities around expungement deserve the type of investment which was given to build new prisons to house people of color.

Additionally, people who are currently serving sentences in relation to marijuana crimes must be re-sentenced as if that crime never took place. And this is key if people of color are to have a seat at the table when marijuana is legalized: People who were vilified for being in the underground market must now be given preference in the legal market.

Anything less will not be justice.

We must further protect our youth by making sure money is earmarked for drug prevention and screening programs in our schools. There should be extreme advertising regulations for all marijuana related products, services and organizations not only licensees.

As early as this week, the Legislature may consider a new marijuana legalization bill. We need everyone’s help to ensure provisions have been included that establish a fair and equitable marijuana market and repairs past harms to those communities most impacted by marijuana prohibition!

The Rev. Charles F. Boyer, pastor of Bethel AME Church in Woodbury, is founder of Salvation and Social Justice, a nonprofit that seeks to build faith-rooted coalitions to promote racial justice.

How to register to vote in less than two minutes

How to register to vote in less than two minutes
We Need Your Support — Donate, Share, Sign-Up Ways to Support