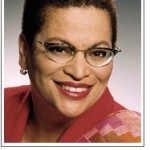 Census data on city populations made headlines this week. Washington, DC can apparently only barely be described as “chocolate city” since the African American population is only a scant majority in the city. According to the Washington Post, even the block on which former mayor Marion Barry cut his teeth, married wife Effie, and ran for mayor in 1976 is now whiter than it has ever been with a Norman Rockwell type white family (two kids, intact family, dog) living in Councilman Barry’s old house. Those of us who live in and love DC are amazed, amused, and sometimes apoplectic about the changes. A gay bar where the barbershop used to be? A neighborhood restaurant where the waitress seats whites before African Americans? Ch-ch-ch-ch changes, goes the song. And so it goes.

Another headline. Detroit has lost 25 percent of its population, mostly due to black folk moving out. Detroit was a city, is a city that has been a fulcrum of black working class, middle class hegemony. You didn’t have to have a college degree to make six figures in Detroit. All you had to have was an ability to make it work on the assembly line, to work overtime, to join a union, stick with the union, have integrity, master your craft. To be sure, there were six figure professionals in Motown, but the beauty of Detroit is that the average black man or woman could make it just by being persistent and insistent. With the denouement of the auto industry, that is no longer the case. Detroit has been failing for more than this last decade, and now there is numerical evidence that the Detroit we once knew, is not the Detroit that exists anymore. People are fleeing to suburbs, black people are leaving, and like DC there is this gentrifying class of white folk who are claiming space, although much more slowly.

We are not post-racial yet, but cities are exhibiting post-racial living patterns. The world is no longer a narrow white or black occasion, it is neopolitan, with Latino and Asian folk claiming space that they deserve. Will African Americans play well with those who are neither white nor black, just here and pursuing the American dream? Will the new alliances be non-white, or will they be non-black? Is there a danger that African Americans, now the third largest population group, after whites and Latinos, will be pushed back to the periphery of political and economic representation? Will there be those who, insensitive to our nation’s racial history, assert that the playing field now is level, even though it never was?

In those cities where African American majorities are being minimized, it is clear that whites who embrace the concept of civic engagement vote more regularly and more passionately than some African Americans do. Why else is there a white majority on the City Council in Washington, DC? White folk vote, and they write, and they show up at meetings. Many black folk, overwhelmed by the challenges of daily life, don’t vote, but emote. Acknowledging income and life experience differences, there are reasons for different voting and civic engagement patterns. The results, however, have long-term political consequences.

The new demographics require African American people to be fully engaged in civic life. They require us to take hold of our destiny. Fewer black folks in DC, in Detroit? Those who remain can make a difference if they choose to. Our national ability to retain political power depends on this engagement.

Dr. Julianne Malveaux is a noted economist and president of Bennett College for Women. Her most recent book, Surviving and Thriving: 365 Facts in Black Economic History is available at lastwordprod.com.