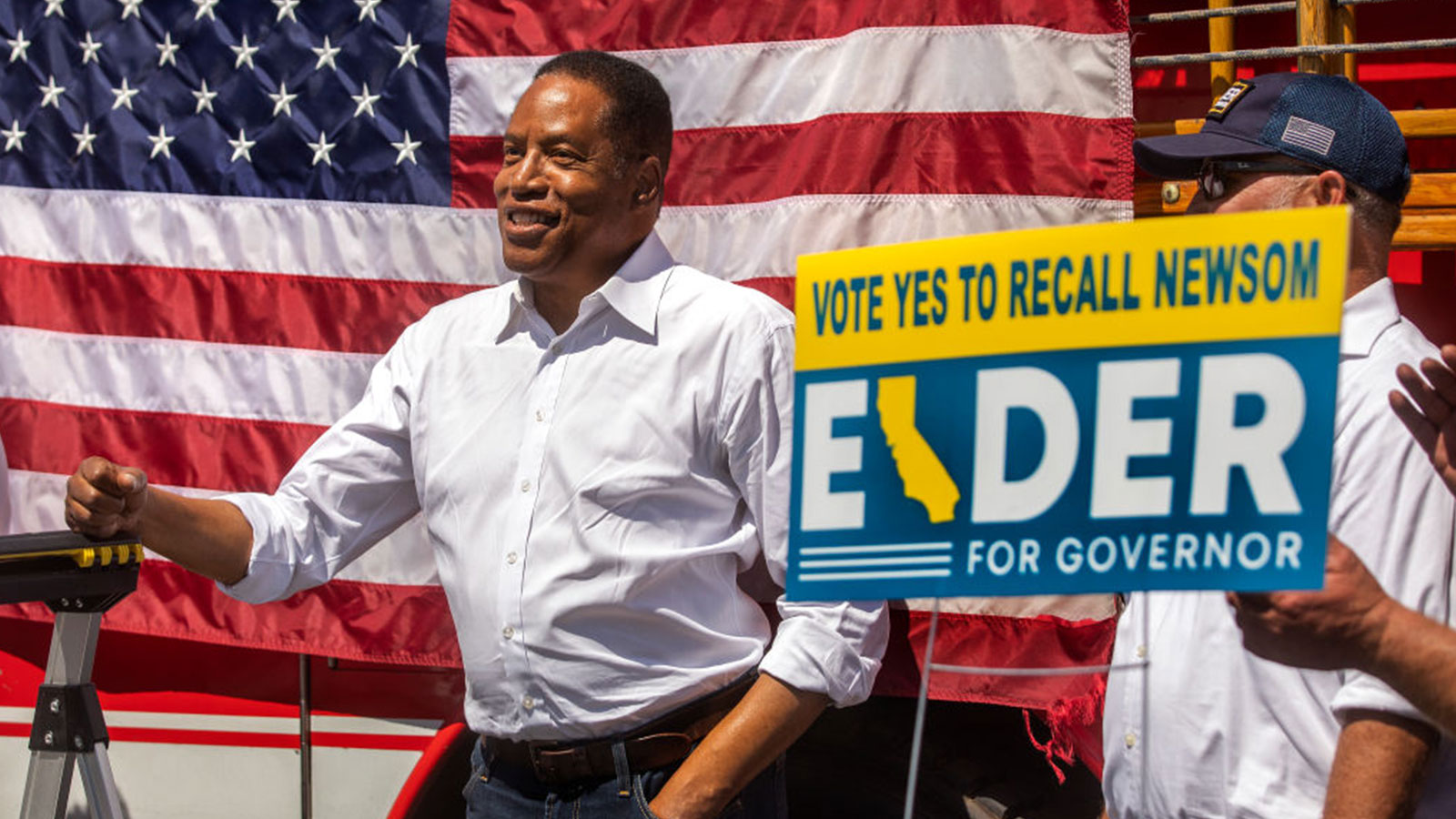 Democrats won the California recall by invoking Trump. There’s more of that coming

You Are Here: Home » Blog » Commentaries/Opinions » Democrats won the California recall by invoking Trump. There’s more of that coming

He wasn’t on the ballot, but ex-President Donald Trump lost Republicans their hopes of recalling California’s Democratic governor, Gavin Newsom.

The result signals bad fortune for the GOP in statewide elections coming this year in Virginia and New Jersey. It may also hint at how Democrats may yet survive the 2022 midterms that even the most optimistic party loyalists anticipate will be very difficult. A toxic Trump could give Democrats an unlikely CPR lesson. And maybe the outcome could warn ambitious Republicans that maybe only Trump himself can rock the MAGA hat with any confidence of success.

A small but very vocal group of Republicans in California had hoped to boot Newsom from power before his current term ends in early 2023. Newsom’s leadership through COVID-19 led to his vulnerability, and Republicans had hoped to make the most populous state in the country into an early referendum on Democrats’ aggressive policies to mask, vaccinate and regulate in response to the coronavirus pandemic. Newsom’s own flubs—especially ignoring his own mask mandate at swanky Napa restaurant the French Laundry—did little to help what should have been an easy brushback of GOP ambition. As The New York Times’ L.A.-based restaurant critic put it, a meal there is “like macaroni and cheese served in a giant golden egg.”

Ultimately, though, Democrats in the deep-blue state delivered a dodge for Newsom. During the 2020 presidential campaign, only the District of Columbia, Massachusetts and Vermont could claim stronger Democratic support than California, a state that sends 42 Democrats and 11 Republicans to the House of Representatives. Initial fears of complacency among Democrats eventually subsided. And sheer math made it impossible for Republicans to prevail in a state that hasn’t elected a Republican to statewide office since Arnold Schwarzenegger and Steve Poizner in 2006.

That’s not to say Newsom ran a stellar campaign. Here in D.C., there were grumbles early that Newsom wasn’t taking the recall effort seriously. Even his defenders were quick to remind him that then-Gov. Gray Davis in 2003 similarly assumed the state’s liberal hue was powerful enough to reject a recall, and that resulted in Schwarzenegger becoming the state’s 38th governor. Newsom’s allies spent at least $36 million to help him survive—money that no donors had expected to need when the year began and now is unavailable to efforts to hold the governor seats in Pennsylvania and Kansas—or to compete in Arizona, New Hampshire, Florida or Wisconsin. After all, donors aren’t renewable resources.

Democrats ultimately prevailed in California by acknowledging a truth that many old-school Republican Party activists have spent years denying: Trump and the GOP are the same brand these days. The man who identifies himself as “the 45th President of the United States”—and never the former or ex-Commander in Chief—has an iron grip on the Republican Party at the moment. He has made the GOP in his image—so much so that CNN polling released this week shows 59% of Republicans believe that endorsing the very wrong idea that Trump is the rightful president is central to what it means to be a Republican. In other words, as CNN’s Chris Cillizza observes, endorsing The Big Lie is central to the GOP’s political identity.

And there were already signs that Republicans were also prepared to replicate Trump’s sore-loser mentality. Larry Elder, a talk-radio host and the leading candidate in the recall effort, even started to blame election fraud before the first votes were tabulated Tuesday night. It was similar to Trump refusing to accept the results of the 2020 campaign that made him a one-termer. The Big Lie fueled a failed insurrection at the U.S. Capitol on Jan. 6, and that belief is going to bring protesters back to Washington this weekend for its potential sequel. There’s no telling what the results will be in Sacramento, where Newsom and a Democratic legislature continue their work even after Elder’s concession.

While Democrats gnash their teeth about Republicans’ continued efforts to undercut faith in legitimate elections, they can find some comfort in this fact: Trump continues to be a disqualifying figure at the polls. In California, Democrats branded Elder as the heir to Trump, and Elder took on the sheen of extremism. Democrats are doing the same in other states right now and are laying the groundwork to deploy the strategy against more Republicans next year. Trumpist candidates may have the imprimatur of Trump—he’s endorsing plenty of them, for sure—but none is as talented as the carnival barker himself. It’s one thing to wear the red MAGA hat, but it’s another to know how it was made. In California, Elder knew how to order it, but he didn’t know how to wear it. If Democrats run this playbook again, there will be a whole lot of Republican candidates on the ballots next year wearing MAGA hats without fully understanding the stench it brings with them.