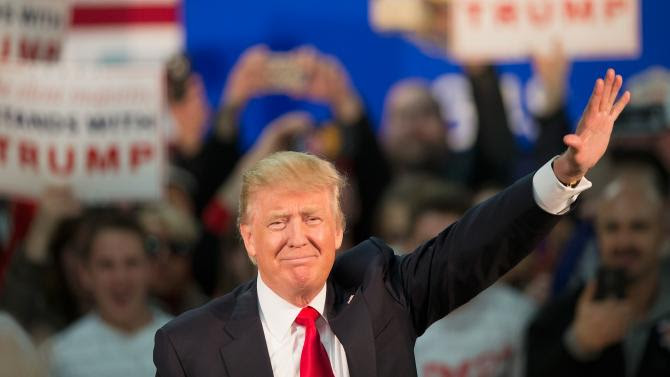 You Are Here: Home » Blog » Commentaries/Opinions » Donald Trump Can Become President. Here’s How

Political pundits said all last spring that Donald Trump wouldn’t get into the presidential race. Then he did.

Throughout the fall, when he was leading in polls and insulting every constituency in America, those same talking heads thought Trump would implode. Then he didn’t.

Finally, when Trump came in second to Ted Cruz at the Iowa caucuses, “conventional wisdom” said there was no way Trump could win the nomination. Now he’s the presumptive Republican nominee.

Despite being wrong, wrong, and even more wrong, the same chattering class is at it again. Dozens of very smart people are shouting from the rooftops that Trump’s chances of winning the presidency are up there with getting hit by lightning, winning the lottery and an alien invasion. But Trump has been hit by lightning, he’s got more money than Powerball and, if you ask him, we’ve already been invaded by illegal aliens. In other words, Donald Trump’s winning the presidency of the United States isn’t nearly as unlikely as many in the press would like you to believe. If you have any doubt, just ask your average African-American voter.

African-American voters, especially Democrats, are justifiably skeptical of the white liberals and Democrats with whom they must often form electoral coalitions. Political scientists say this is the result of the “Bradley effect,” where white voters will tell pollsters they support some black candidate or racially progressive policy only to revert to form once they get to the voting booth.

The term comes from California’s gubernatorial election in 1982 when an African-American candidate, Tom Bradley (former mayor of Los Angeles), appeared to be leading in every poll, but lost the election, in large part, because his white support just vanished. Other examples abound: Jesse Jackson in 1984, Doug Wilder in 1989, Harold Ford Jr. in 2006, even Mia Love in 2012. Even though Barack Obama won the White House in 2008, he won with one of the lowest totals of white voters of any candidate in American history. In other words, Lucy only has to snatch the football a few times before black folks are rightly skeptical about whether white voters will hold steady once it’s time to pull the lever.

This is the core behind why many, especially in the black community, believe that Donald Trump could be elected president. The concern is that white moderates and Democrats saythey find Trump to be dangerous, racist and a clear and present danger to people of color in America, because that’s what you’re supposed to say in polite company. But come November, they will shoulder-shrug and say, “How bad could he really be?” Then two weeks later, everyone without a European surname who can’t pass a paper-bag test will be shipped to Mexico.

Racial skepticism and paranoia are one thing, but what is the scenario, where is the evidence, that Donald Trump could be elected president in November? Almost every prediction model available suggests he would lose to Hillary Clinton, Bernie Sanders or even Joe Biden if he bothered to run. All it would take are three, simple, overlapping events to ensure his electoral success, none of which is beyond the realm of possibility.

Donald Trump could win the presidency the same way he won the Republican primary. Remember the first season of Survivor? There was a guy named Richard Hatch. He was a rude, argumentative and openly gay man (a rare thing on TV in 2000) who enjoyed walking around the island naked because it made other contestants uncomfortable. The other cast members couldn’t stand Hatch, but they never voted him off the island. Why? The other contestants assumed that if the final vote came down to someone who played the game the right way and an argumentative nudist jerk there was no way the “jerk” would win. Hatch ended up winning the first season of Survivor. While the other contestants loathed him personally, they ultimately respected how he played the game.

The Republicans in the 2016 primary all thought that Trump would implode or be an easy mark if the race wore down to two people. Instead, voters chose him for being the real deal, even if that deal was awful. Hillary Clinton runs the risk of making the same mistake. If Team Clinton chooses to treat Trump as a joke instead of a legitimate challenger or threat to national security, he could easily skirt by this summer without facing any serious political scrutiny. That would allow Trump months to strengthen his base and unify the GOP.

The Trump campaign has boasted record-breaking turnout in primaries and rallies across the United States. Many of his supporters are disaffected white, right-leaning voters who may have skipped out on the 2012 election because they didn’t like Mitt Romney. However, according to Karl Rove, architect of the Bush campaigns, “These missing moderate, white Catholic and women voters who didn’t vote in 2012 can be motivated to vote for a Republican candidate in 2016—if they think that candidate cares about people like them.”

Further, the mixture of President Obama’s not being on the ballot coupled with Republican voter-ID laws implemented throughout the United States could easily chip away at Hillary Clinton’s overwhelming advantage with minorities. An uptick in white voters and a drop in black voters of a few points, and Donald Trump wins Ohio and possibly Florida.

State of the Nation

It is extremely difficult to win the White House in three consecutive elections. In almost 11 out of 14 elections where one party has had the White House for two terms, it loses the third election. If unemployment starts to go up again, gas prices become volatile or President Obama’s approval ratings dip into the low 40s again, Trump can win the White House. After eight years, it’s usually a “change” election and no one can make a better case for change than Donald Trump.

The argument against most of what I’ve laid out usually points out how unpopular Trump is, or how his own party is fractured, making an electoral win unlikely. I contend that the Republican establishment hates Hillary Clinton more than it despises Trump and will come around to support him fully in November. Moreover, while Trump’s approval ratings among blacks and Latinos falls somewhere between Darren Wilson and a Flint, Mich., water inspector, he can make up for that with disaffected white voters. More importantly, many African Americans will decide that if Barack Obama isn’t on the ticket, it’s not worth waiting in an artificially long line created by the Ohio state voter-ID program.

So yes, Donald Trump can become president. Your white co-workers who claim they find Trump to be offensive and racist may have a few “Make America Great Again” hats stashed in their closets. Don’t let the pundits fool you. They’ll have you believing Donald Trump has no chance of becoming president of the United States. Until he is.

Jason Johnson, political editor at The Root, is a professor of political science at Hiram College in Ohio and an analyst for CNN, MSNBC, Al-Jazeera and Fox Business News. Follow him on Twitter. 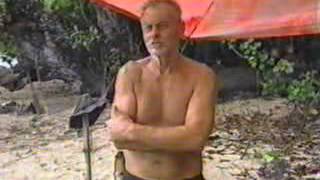