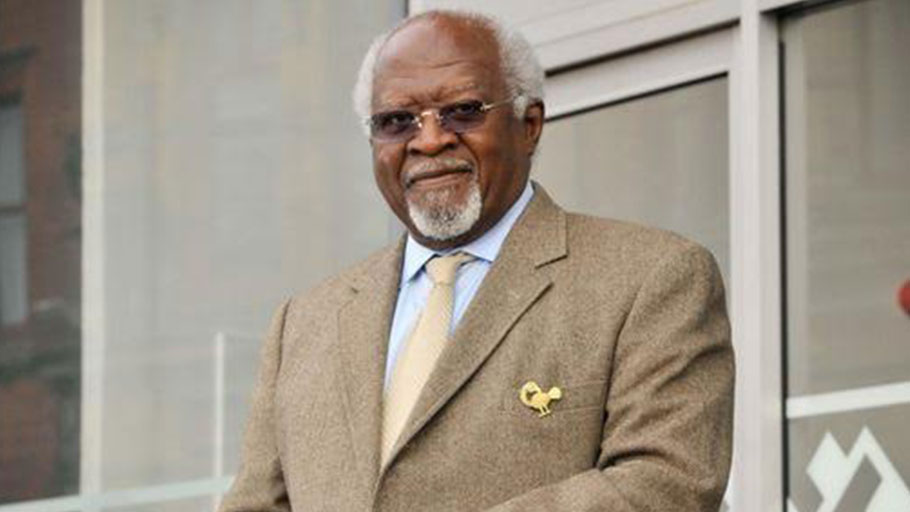 In addition the Economic, Social and Cultural Council (ECOSOCC) Status Article 5 states that, “African Diaspora organizations shall establish an appropriate process for determining modalities for elections and elect 20 members to the ECOSOCC General Assembly. 4 from the USA, 4 from South America/Brazil, 4 from the Caribbean, 4 from Europe, 3 from Central America and 1 from Canada.

In October of 2010 the African Union Commission Through its Permanent Observer Mission to the U.N., Ambassador Tete Antonio, the AU Ambassador to the US, Ambassador Amina Salum Ali and Dr. Jinmi Adisa, Director of the Citizens and Diaspora Directorate of the AU authorized a Diaspora Task Team of 6 members to report on Diaspora concerns, create a model Database for the U. S. region, create workshops for the legal framework of the 6th region and to
repare positions for the South African Summit in 2012.The report was completed and delivered to Dr. Adisa in January 2011. A follow-up meeting was
eld on October 6th in NY.

In February of 2011 a Technical Committee of Experts met in Pretoria, South Africa as mandated by the 16th Session of the Assembly of the AU to implement the Diaspora Initiative in preparation for the Summit in 2012.

The meeting was chaired by Ambassador Mbulelo Rakwena. Present among others were Dr. Adisa, Ambassador Amina Ali and Ambassador Dudley Thompson.

There were three thematic groups on Political, Economic and Social Cooperation which had breakout sessions and made recommendations for the continued evolution and acceleration of the Diaspora effort.

I as fortunate to be present and have a copy of the full report that needs to serve as the basis for our further deliberations.

Another outreach to the Diaspora was made by Pax Africana headed by Edem Kodjo Former Prime Minister of Togo. The International Symposium wwa held in Lome in May 2011, titled, ‘Integration as a Means Towards African Renaissance’. Notables present were Thabo M’ Beki Former President of the Republic of Nigeria, John Jerry Rawlings former President of Ghana, among others. We focused on the ECOWAS countries and their relationship to the Diaspora. The necessity for freedom of movement, dual citizenship, trade, investment and tourism was central to our discussions.

Former President Abdoulaye Wade of the Republic of Senegal has Championed the African Renaissance and reached out extensively to the African Diaspora through the World Festival of Black Arts and Culture held in Dakar in December 2010. Emphasis was placed on the North American, Caribbean and Brazilian Diaspora.

There was continuous effort by him to promote closer cooperation between Africa and the Diaspora through the National Conference of Black Mayors, the NAACP, the Rainbow Push Coalition, the National Association for Equal Opportunity in Higher Education, WADU (World African Diaspora Union) and UAC (United African Congress) and the Constituency for Africa headed by Mel Foote. So there has been much outreach to the Diaspora at the level of the AU, regional groupings and nation states.

What is required is a rationalization of these approaches by the AU and a strong Diaspora Advisory Board at the level of the AU Commission, with increased capacity to develop and carry out a consistent policy toward the Diaspora, that is followed by all 54 countries and the 5 regional

On our side we must have an organizational structure that is truly representative of the African American Diaspora and takes in all levels of our society with the various resources to enhance our development and maximize our contribution to continental Africa. Academics, politicians, scientists, engineers, legal experts, business men, religious leaders, NGO ‘s, community organizations and those already working in some capacity on African Affairs.

I propose an overall African American Diaspora Planning and Coordinating Committee with 5 regional bodies, NE, NW, SE and SW and CENTRAL. An attempt should be made to roughly equalize the areas and each Centre shall be located in the city within each region that has the largest number of African Americans. This is similar to Congressman Bobby Rush’s proposal in H.R. 656. The responsibility of each region will be to create an effective network in the region and a database of human resources that will be useful in dealing with the many different sector problems in Africa such as clean water, food security, agricultural development, clean energy, health care, environmental degradation and climate changes, trade, business development, infrastructure development science and technology transfer, education, youth, gender, sports, etc. this needs to be done in tandem with the AU, regional and national authorities.

Information and plans from the regions will be passed on to the central organizing committee, probably based in Washington D.C., for rationalization, coordination and implementation. The central committee will be made up of representatives from the 5 regions. Regional groupings create themselves and are made up of volunteers. Financial resources and funding has to be developed as we progress. Regional meetings can be held monthly. The Chairperson can be rotated and sector policies can be assigned to subcommittees for resolution. The central committee can meet quarterly and is responsible for formal liaison with the AU commission. It is important to understand that at this point all are equal and there are no political positions beings vied for. The political and legal structure of the Diaspora has to be developed pari passu. This requires experts to navigate the legal and constitutional problems that must be overcome to
create the appropriate structure for the 6th Region.

At present the Diaspora as a 6th Region seems to be a symbolic act more than a functioning reality. The constitutive act of the AU needs to be ratified and the concept operationalized. The 5 regions in Africa are made up of governments, we in the Diaspora are nonstate actors except for CARICOM. ECOSOCC is a civil society organ and the entire Diaspora (of approximately 200 million people) has been assigned 20 seats. This needs to be looked at in terms of proportional representation.

For the Diaspora to assist the AU and Africans in the process of development and unity we need to be organized into a proper legal structure with clearly accepted rights and responsibilities as a fully functioning 6th Region. This requires on going discussions with proposals from both sides. Currently we are functioning as a civil society unit and the political/legal/governance aspect needs to be addressed.

The New Partnership for Africa’s Development (NEPAD) has been assigned by the AU the role of creating the policy framework for Africa’s economic and political renaissance through the functioning of it’s Planning and Cordinating Agency (NPCA). Since our mission is to assist in the development and Renaissance of Africa we should have a direct relationship with NEPAD through the NPCA.

Also, “The Pan-African Parliament” was established in March 2004, by article 17 of the Constitutive Act of the African Union.

Th vision is to provide a common platform for African people through their Parliamentarians elected by universal adult suffrage to formulate policies relating to the challenges facing the continent and ultimately to have full legislative powers.

The combined tasks are clearly of great magnitude and without precedent, we must therefore be innovative and audacious in order to define our destiny.

An enormous amount of work needs to be done in many different and the only way to accomplish this is through hard work, dedication, sacrifice and organization. This is the opportunity for which our ancestors rs sacrificed. Let us seize the day, and make a reality of Marcus Garvey ‘s call of “Africa for the Africans, those at home and those Abroad”.