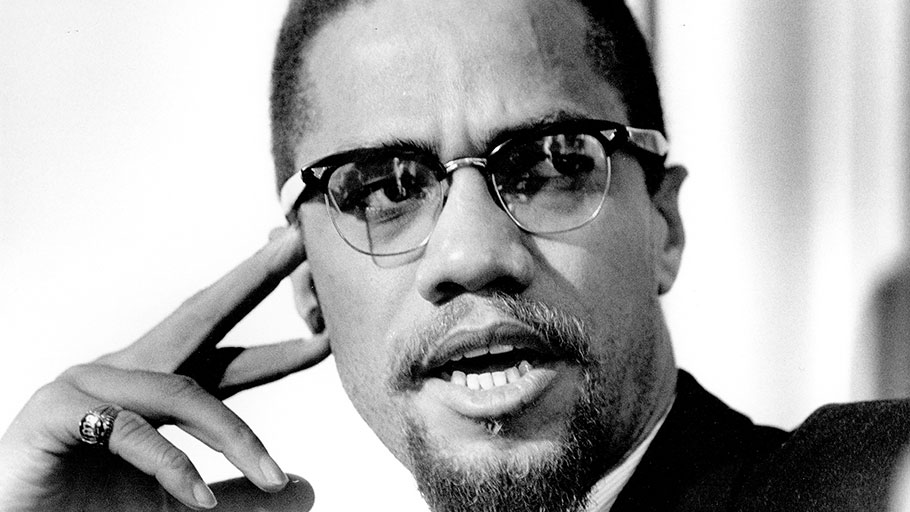 Malcolm X and the Ethics of Martyrdom: Witness, Service, Struggle and Sacrifice

This is the month that marks another anniversary of the martyrdom of El Hajj Malik El Shabazz, Min. Malcolm X, who was assassinated and martyred in the 39th year of his life, February 21, 1965, and who rose in radiance in the heavens and now sits in the sacred circle of the ancestors, among the doers of good, the righteous and the rightfully rewarded. In 1966, we of Us designated this day as Siku ya Dhabihu, the Day of Sacrifice, i.e., the day of his martyrdom, to honor him for the life he lived, the work he did and the struggle he waged for the liberation of our people. We call it Dhabihu, the Day of Sacrifice, to raise up the awesome sacrifice he made in the full sense of the word. Indeed, in Kawaida philosophy, sacrifice in its fullest sense, means a dedicated and disciplined self-giving, expressed in five basic ways. These are: the self-giving of heart and mind; effort; time material possessions; and the wholeness of one’s self whether in life or death.

Thus, we could, as too often is done, frame our conversation talking about his assassination, but that would focus on what the oppressor and his collaborators did, not what Malcolm sacrificed and achieved. And we would then miss the lessons of his martyrdom, his conscious choice to give the wholeness of himself to his people and to his faith in a lifetime of witnessing, i.e., teaching truth, service to the people, struggling for liberation, and ultimately sacrificing himself to open the way to a new and righteous world.

His is an awesome history, central to the sacred narrative of our people as a whole. So, we remember and honor him in his praise names: Mlima, mountain, who would not move even during an earthquake under it; Moto wa Ogun, Ogun fire – fire on earth, fire on water and fire in the heavens, burning bright everywhere, forever lighting the way forward; Mtafuta wa haki, justice seeker, who having been indicted with his people by society, turned the table around and put the judge,  jury, prosecutor, prison system, police and society itself on trial; Shahid, noble martyr, who gave his life so we could live free, fuller and more meaningful lives; and Mujahid, righteous soldier, who confronted the grey and greedy monsters of the world without fear, genuflection or forfeiture of the defiant dignity, integrity and audaciousness for which he will always be known and honored.

Malcolm tells us in his Autobiography that he felt and hoped that his “life’s account, read objectively. . .might prove to be a testimony of some social value.” And surely, it is a testimony of great social value. Indeed, it is both testimony and testament, righteous witness and a sacred will, awesome evidence and instruction on how we can live our lives, and if need be, give them up with the unwavering commitment and uncompromising courage Malcolm modelled and mirrored for us. Malcolm, honored teacher of the liberating truth, thus taught us how to live and die, and even before his death, he had already given his whole life to his people, his faith and the struggle. It was again one of his defining features which he described as “the one hundred percent dedication I have to whatever I believe in.”

It is this total commitment to a cause—faith and freedom; the way of Allah and the liberation struggle of Black people—that molds and makes Malcolm into the man, Muslim and martyr he becomes. Malcolm stated that after studying history and Islam, “I had pledged on my knees to Allah to tell the White man about his crimes and the Black (people) the true teachings. . .(and) I don’t care of it costs me my life”. Indeed, he said, “This was my attitude. These were my uncompromising words, uttered everywhere, without hesitation or fear.”

Malcolm comes to the battlefield as a noble witness for his people and for his faith and in the basic and early meaning of shahid in Islam. He declared that he spoke the plain and “naked truth,” free of falsehood, hype and hypocrisy. The oppressor, he tells us, “kept us in the darkness (and grave) of ignorance (and) made us spiritually blind by depriving us of the light of truth.” But Malcolm offers us a liberating truth which “will truly set us free . . . open our eyes and enable us” to see ourselves and our oppressor” as we and he really are, and it will “give us strength and knowledge” to build a new, just and good world.

Malcolm, as a living witness, does not simply bear witness in speech, but also in conduct, especially in committed, unselfish and consistent service in reaffirmation of his faith, in furtherance of the aims and aspirations of his people and in meeting their concrete needs. Indeed, in daily life, the shahid bears witness to the truth of his or her faith by exemplifying a life of being good and doing good in the world. And this is ultimately expressed in self-giving service to others, especially the masses of the people, as Malcolm taught, the needy, the downtrodden, and the vulnerable who constantly seek ways out and upward from oppression.

Especially within the context of the Nation of Islam, but also afterwards, Min. Malcolm built and supervised programs to give food to the hungry, homes to the homeless, treatment to the addict, freedom to the captive, jobs to the unemployed, spiritual anchor to the drifting, and ethical grounding to those caught up in the whirlwind of self-injuring and self-destructive practices.

In the final analysis, an ethics of martyrdom is an ethics of self-sacrifice, an ultimate self-giving rooted in conviction, love of the people and transformative struggle. Thus, his life was, of necessity, founded and flourished in righteous and relentless struggle, called in his Islamic faith jihad. As righteous struggle, jihad is both internal and external, and the internal struggle is not only to consistently live the good and righteous life, but also to prepare oneself for and engage in the external struggle to create a context of freedom, justice and peace in which this is best suited. And it is also to prepare one to accept the fact, as Malcolm said, “that societies often have killed the people who have helped to change those societies.”

Here, Min. Malcolm, in anticipating his own martyrdom and that of Dr. King’s, noted that “in the racial climate of this country today, it’s anybody’s guess which of the ‘extremes’ in approach to the Black man’s problems might personally meet a fatal catastrophe first – ‘non-violent,’ Dr. King, or so-called ‘violent’ me.” Not knowing he would in fact be the first martyr, he still felt a sense of urgency to accomplish his work saying “Anything I do today, I regard as urgent. No man is given but so much time to accomplish whatever is his life’s work.” Thus, he was willing to make the sacrifice as he said, if he could “die having brought any light, having exposed any meaningful truth” that would help destroy racism and radically restructure society, opening the way to the liberation of Black people and a new history of humankind.

Malcolm’s life and death offer us a model and mirror of excellence by which we can measure and mold our lives around ethical principles and practices of witness, service, struggle and sacrifice. And it is this rich and enduring legacy of lessons he has given us that makes us praise him in the manner of our ancestors saying, “He will forever be a glorious spirit in the heavens, and a continuing powerful presence on earth. He shall be counted and honored among the ancestors. His name shall endure as a monument. And what he has done on earth shall never perish or pass away.”