The Bernie Can’t Get the Black Vote Nonsense Continues

You Are Here: Home » Commentaries/Opinions » The Bernie Can’t Get the Black Vote Nonsense Continues 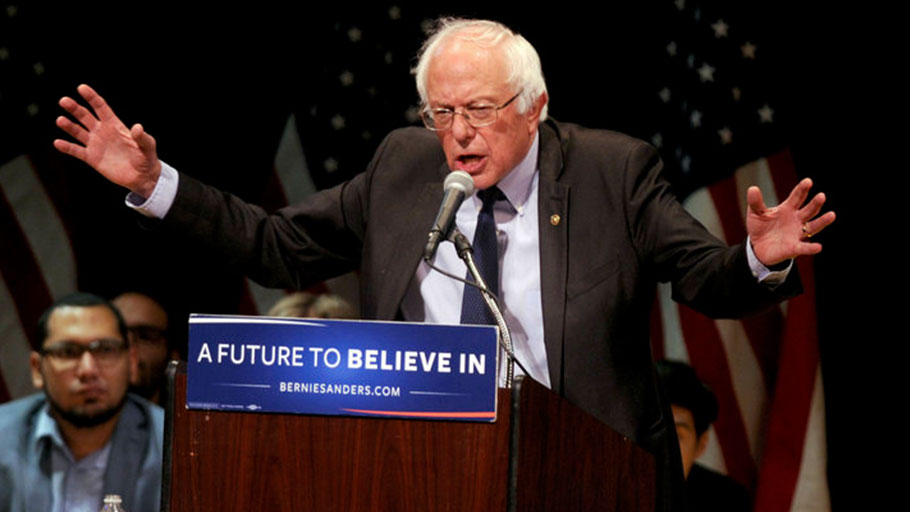 It was repeatedly said as fact in 2016 and it’s being said again. Democratic presidential contender Bernie Sanders has a big problem with black voters; namely that he can’t get many of them. Like any other political non-truism that poses as a sacred political truism it was nonsense then and it is even more nonsensical now.

When Sanders won the 2016 Wisconsin Democratic primary, much was made that he bested rival Hillary Clinton among rural, blue collar and younger voters. He did. What went unnoted and unstated was that buried deep in the final vote stats he bagged a far bigger percent of black votes than expected. He got more than one-fourth of the black vote. Another hint that Sanders’ halting efforts to break Clinton’s iron-grip on Black voters paid some dividends came in the early March Michigan Democratic primary. Sanders got almost one-third of the Black vote in that primary. It did more than raise a few eyebrows. It was just enough to edge Sanders past Clinton and nab the win. It also did much more. It proved that in close contests in the Northern states with a significant percentage of black votes, Sanders not only could be competitive for black votes, as Michigan showed, he could defy the oddsmakers, and win with them. Since Clinton garnered the majority of black votes in both states, the percent of black votes he got by comparison seemed insignificant.

This wasn’t the only reason sander’s showing among black voters went unnoticed. The primary narrative by then had been firmly etched that Hillary had an iron-clad lock on the black vote. Sanders could only win young, white, left voters in “white” states. This fallacious narrative rested on some well-known and well-tuned reasons, She was married to Bill, and Bill’s near universal past popularity with African-American voters endowed her. She had a sterling track record and history in speaking out on civil rights, health care, poverty and women’s issues. She had deep ties with legions of black elected officials and civil rights leaders. She was the one Democrat who blacks, especially black women, say they personally admire.

Sanders on the other hand hailed from one of the whitest states in the union. He was a man who made clear during much of his Senate career and the embryonic stages of his presidential run that his prime mantra would be chasing the Wall Street money lenders out of the public temples. This seemingly one-trick pony focus assured that Sanders would get almost zero traction and votes when he rolled his campaign to the South. Initially, that’s how it played out. Clinton crushed him with the black vote there.

However, Sanders learned from this. He stepped up his game and made a mighty effort to get visibility, traction, and endorsements from black organizations and elected officials wherever he could get them. He publicly embraced a lot of what Black Lives Matter said and advocated on curbing police violence, mass incarceration, and criminal justice system reform. But most important, he increased his visibility at black colleges, churches, and public forums. This was a sobering experience.

He learned something else about race politics. It’s fine to talk about smashing wealth and income inequality, but that doesn’t do much when even black millionaires, business persons and professionals can be spread-eagled by police after a phony stop, or shadowed by store security in retail stores, or watch as cabs ignore their frantic signals to stop and breeze by them, or are excluded from contract bidding by the good ol’ boy system. Having all the wealth in the world means nothing in the face of naked and raw racial degradation.

Sanders had to make the case, and make it repeatedly and convincingly, that fighting hard against wealth and income inequality must be squarely tied in with fighting just as hard against racial inequality. In 2016, Sanders was the classic outlier among traditional Democrats, especially Clinton, with his big message of ending wealth inequality. However, he was never an outlier with that message among black voters. By any economic measure, blacks have been perennially at the bottom of the economic barrel.

The problem in 2016 then wasn’t the message, but rather that the messenger had stepped into the campaign relatively late in the presidential game, and to many blacks he was simply an unknown political quantity.

Four years later, this is not the case. He’s starting the presidential race early and from the front, Most importantly in a racially tense and polarized nation, race matters, and matters greatly. Sanders, the political myths about him and race notwithstanding, understood that in 2016 and he understands that in 2020. This well serve him well this go-round.

Earl Ofari Hutchinson is an author and political analyst. He is a weekly co-host of the Al Sharpton Show on Radio One. He is the host of the weekly Hutchinson Report Saturdays 9:00 AM on KPFK 90.7 FM Los Angeles and the Pacifica Network

Beyond the Rising Tide: Reparations for Slavery Have to Be More Than a Symbol

Beyond the Rising Tide: Reparations for Slavery Have to Be More Than a Symbol
We Need Your Support — Donate, Share, Sign-Up Ways to Support