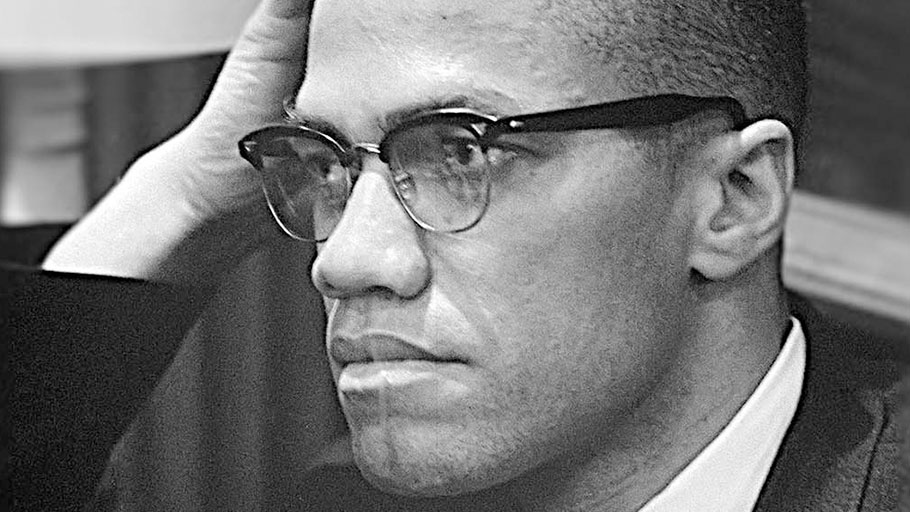 By Dr. Maulana KarengaFebruary 28, 2020No Comments

This is tambiko for Min. Malcolm X, an offering of words and water in reverent remembrance of his legacy-rich life, his jihad of righteous self-raising and liberational struggle, his awesome sacrifice and his continuing powerful presence in the interest and advancement of African and human good in the world. The Day of Malcolm’s sacrifice and martyrdom, February 21, 1965, has been since 1966, a sacred day for our organization Us. He was for Us and remains a model and mirror, a model of African and human excellence to emulate, and a mirror by which to measure ourselves in the way we live our lives, do our work and wage our struggles for good in the world. Indeed, many of the tenets of our philosophy, Kawaida, a philosophy of life, work and struggle, are rooted in and reflective of Min. Malcolm’s teachings.

In the midst of a context of fear, silence and uncertainty following the assassination and sacrifice of Min. Malcolm, we stood up in February 1966 as Simba Wachanga (audacious Young Lions), named the day of his martyrdom in Swahili Siku ya Dhabihu, the Day of Sacrifice, and called the community to come together to commemorate the awesome enduring meaning of his life, legacy and sacrifice. And they responded in rightful appreciative homage. And that May, we brought his wife, Betty Shabazz, to Los Angeles to celebrate Malcolm’s birth and life and called students to honor his birthday May 19th as a holiday, a sacred day, by staying away from school and coming to a massive teach-in at our headquarters. And the students responded massively.

Thus, in this year which marks the fifty-fifth anniversary of Min. Malcolm’s martyrdom, we came together again for a communal celebration of his life, legacy, righteous struggle and awesome sacrifice. For even though the media decided to use the occasion to present the film and raise again the question “Who Killed Malcolm?,” we knew the need was to focus on a larger conception and memory of Malcolm. Indeed, we must focus on the whole of his life and especially his jihad, this continuous striving and struggle to live a righteous life, to be a consistent servant of his people, to be a fearless and steadfast soldier in the struggle and leave an account of his life that “might prove of some social value.”

Clearly, there is a need to revisit the question of who killed Malcolm for various reasons. However, the most essential, enduring, overarching and fruitful question and which all other questions must be derived from and related to is “Who is Malcolm?”. Who is this man who taught us the right and responsibility to resist evil, injustice and oppression, to value the lessons and legacies of history, to wage cultural revolution and return to the source and not flinch or flee in the face of the death planned and promised against us.

The film series is six parts, which could suggest we are still looking for his assassins and that it requires an extremely lengthy TV treatment. But we already know the onsite assassins and their offsite enablers, co-conspirators and crime partners. What we don’t know well enough or in the expansive way we should, is the deep meaning of Malcolm, his teachings and practice that were determined to be too dangerous to our enemy and too valuable to us for him to be allowed to live in dignity, defiance and righteous and relentless resistance.

Surely, we must seek and speak our own cultural truth, the truth of our own history, heroes and heroines, the truth of our lives and longings, or strivings and struggles for good and flourishing in the world. And we must do this in disciplined, dedicated, depthful and expansive ways, constantly seeking to apply lessons learned and insights gained.

Malcolm cannot be summed up and set aside as “as civil rights icon” as the film series and current history books designate him. Malcolm was a severe critique of the struggle for civil rights and constantly called for a struggle for human rights. Thus, if he is an “icon” at all, a popular term for athletes, artists and almost everyone else popular, it would be for being a human rights activist not a civil right one. We speak here of Malcolm not in icon shorthand, but of Malcolm as a leader and liberator, freedom fighter, seba (moral teacher), master teacher, minister, organizer, counsellor, journalist, author, institution builder, martyr, mujahid (righteous soldier), pan-Africanist, prison rights and human rights advocate, moulder of men and women, and prophet who saw and predicted the unfolding of a new future for Africans and humankind and sacrificed his life to show the way forward toward it. Thus again, as always, our oppressor cannot be our teacher and even our allies cannot be our tutors. We must, Malcolm taught, “think for ourselves, see for ourselves, hear for ourselves” and then come to conclusions for ourselves directed toward human good and the well-being of the world.

Thus, we call this great tragedy and loss for Africans and humanity the 55th anniversary of Min. Malcolm’s self-sacrifice and martyrdom rather than simply his assassination. For as I’ve often noted, the assassination is what his enemies, the enemies of his people and the enemies of human freedom did. But his self-sacrifice and willingness to be martyred in the interest of African and human freedom, justice and other human needs and rights is what he, himself, demonstrated and did and left as a lesson and legacy for us.

Again, the central question before our people, then, is not “Who Killed Malcolm?”, but “Who is Malcolm?”, who is this man who loomed so large in our liberation struggle of his people that the oppressor felt the need to foster and facilitate his targeted political murder? What is the meaning of Malcolm’s legacy of thought and practice that so threatened and sent into a murderous rage the grey and greedy monsters of the world, who created the conditions, pointed the way, urged and enabled the assassination and let escape the assassins who ultimately pulled the trigger?

Who is this man among men and man among women who taught us how to live and die; who taught us against the evils of racism, capitalism and colonialism; who called on us to “wake up, clean up and stand up;” to speak truth, do justice, care for each other; and be willing to give all to be free and to “protect and promote our humanity” and human rights? And who told us to think deep and value knowledge as a pathway to a good life and a victorious struggle? We need more light (knowledge), he taught, about ourselves each other and the world. For “light (knowledge) creates understanding, understanding creates love. Love creates patience and patience creates unity” in life, love and struggle.

Surely, the assassination and perpetrators must be exposed and brought to justice, but it cannot form the core of concern. Otherwise, the focus of our concern, Min. Malcom X as liberator and life-giver, is lost in a tangle of talk about conspiracies, evil men, and passive victimhood. It is a victimhood that focuses on loss rather than resistance, and the ended life rather than the life well-lived and the legacy left, and our obligation to honor it by learning and living it and passing it on to future generations.

Malcolm, like wind, water, earth and sun, is always with us. Even when we do not see them, he and they are always there as a powerful presence in our lives. Indeed, as it is written in the sacred text of our ancestors, The Husia, “To do that which is of value is for eternity. A person called forth by his work does not die, for his name is raised and remembered because of it.” Min. Malcolm X, El Hajj Malik El Shabazz, is such a person and powerful presence. And we are the people assigned by history and heaven to raise and remember his name in the living of our lives, the doing of our work, and the waging of the victorious struggle for which he willingly and audaciously dedicated and gave his life.