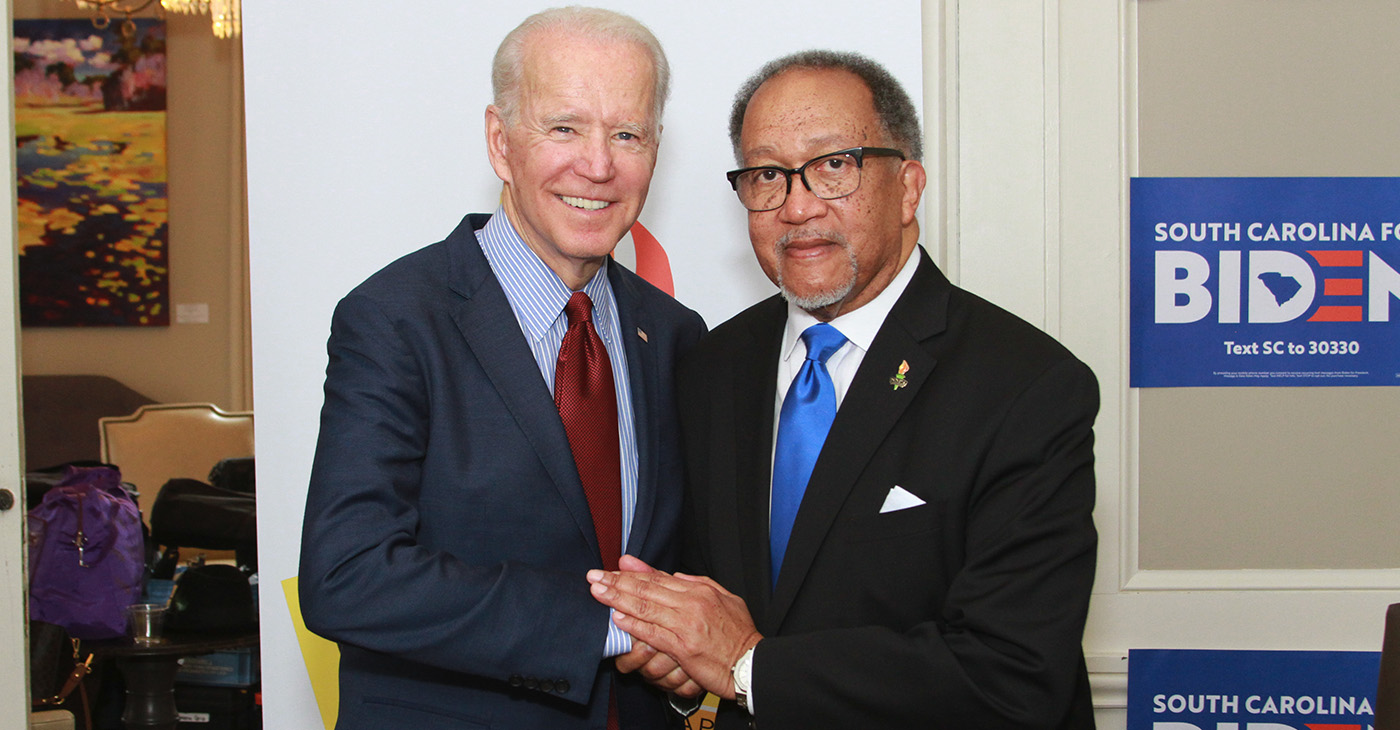 Biden Says, ‘The Black Vote Will Determine the Nominee’

The former vice president noted that, as president, he would help families buy their first home and build wealth by creating a new refundable, advanceable tax credit of up to $15,000.

The interview was broadcast live from The Mills House Wyndham Grand Hotel in Charleston, South Carolina. Biden and Chavis were joined by publishers and leaders from the Black Press of America.

The Democrat, who famously hails from Delaware, laid out an aggressive agenda that he said would undo the severe damage President Trump has inflicted upon communities of color and the poor.

“I come from a state where we have the eighth-largest Black population in America, and we have a lot in common with South Carolina in a sense that we were part of Brown v. Board of Education,” Biden told Chavis during the 45-minute discussion.

“I got started in the African American community. I got involved in the Civil Rights Movement when I was a kid. I helped de-segregate a movie theater, that kind of thing,” Biden noted. “I was the only guy who worked in the projects on the East Side who was White. That’s how I got started, and the Black community is the community that, as we say, brung me to the dance. That’s how I got elected.”

Biden opined that the Black vote would likely determine the next president.

He added that the Black Press serves a vital role in the political process.’

“The Black Press is the way I did my politics. You go where people are,” he stated. “You walk into a Black barbershop or beauty salon, and your newspaper was there. It’s who we are. The neighborhood we come from. It’s incredibly important; you’re incredibly important. I never had the money, but any ads that I’ve ever purchased has only been in Black newspapers because it’s the single best way for people to get access to what I say and what I really mean.”

As president, Biden pledges to invest $640 billion over ten years to ensure everyone has access to affordable and stable housing and says that he would hold financial institutions accountable for discriminatory practices in the housing market.

A Biden administration would implement policies that would require communities that receive specific federal funding to proactively examine housing patterns and identify and address policies that discriminate.

“Americans lack quality, affordable housing. Communities of color are disproportionately impacted by the failures in our housing markets, with homeownership rates for Black and Latinos falling far below the rate for White people,” Biden stated.

“This is how poor White folks are able to build equity: They get into a home and build equity,” Biden stated.

Further, Biden said redlining must be stopped, “I’m against redlining. It’s wrong,” and adding that he plans to eliminate local and state housing regulations that perpetuate discrimination.

The former vice president noted that, as president, he would help families buy their first home and build wealth by creating a new refundable, advanceable tax credit of up to $15,000.

He said this would help offset the cost of buying a home and assist millions of families who are seeking to lay down roots for the very first time.

Biden will immediately move to undo many of Trump’s executive orders, including the current administration’s cuts to social services.

He said access to affordable health care is paramount and would be a primary goal of a Biden administration.

“When we passed the Affordable Care Act, everyone was able to get coverage. We made sure we had 20 million covered who never had coverage before, and that really impacted the African American community,” Biden noted.

He continued that a Biden Plan would ensure that gold level health insurance plans would be available to more Americans by making sure everyone pays Capital Gains Tax at the appropriate rate.

“Even Republican voters are going to support that. We will cover everybody, reduce drug prices, and reduce waiting times,” he said.

Health care is also personal for the Biden family, he noted.

“I’ve been a significant consumer of healthcare,” he said, noting that his first wife and a daughter were killed in an automobile accident. Years later, Biden’s son, Beau, would die of brain cancer.

“I know what it’s like. My son was dying… I will make sure that no insurance company can say ‘suffer in peace, you’ve run out of coverage.’ I guarantee you, I will treat your health care as if it were my own family. I had enormous help and I think of all the people who got up and put one foot in front of the other. They deserve the help. This is personal.”