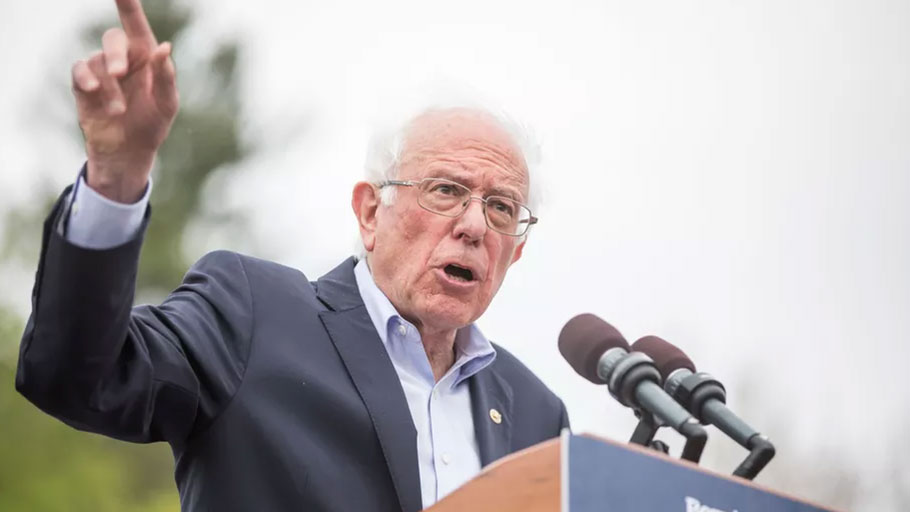 Why Bernie fears the superdelegates will do him in–again

You Are Here: Home » Blog » Commentaries/Opinions » Why Bernie fears the superdelegates will do him in–again

In 2016, there was never any doubt that this would be Hillary Clinton. Sanders knew it and screamed foul. He knew it because the Dems superdelegates are a bunch of senators Sanders (who himself qualifies as a super-delegate by virtue of being a Senator), governors, Congresspersons, Democratic party elders, big gun officials, and everybody on the Democratic National Committee. There are 775 of them. Together they make up about 15 percent of the overall number of delegates.

Sanders has a good case against the outsized role of superdelegates. In 1982, Democratic Party officials cooked up the idea of having super-delegates as a fail-safe firewall against the horror in their eyes of having what happened in 1972 happen again. That was the year George McGovern got the party to hold lots more primaries, and then rode the crest of the anti-war, civil rights, student protest, and populist wave, to win them and bag the Democratic presidential nomination. McGovern was thoroughly trounced by Nixon in the general election. Superdelegates would be the guard at the hen house door to ensure that any future Democratic presidential candidate would have to be properly establishment, credible, presentable, and electable in the general election. There would be no more wild man nominees.

Because Sanders screamed loud about the unfairness of the system, The DNC mindful of Bernie and the screams of others about the alleged unfairness of this system, with much fanfare, supposedly snatched the power out of the hands of the superdelegates to micromanage the convention and the presidential nominee in their political image.

Now with much talk of a possible brokered 2020 convention, Sanders, and many others in the party sweat bullets at that prospect. There’s good reason. A brokered convention is simply that one candidate doesn’t have enough delegate votes to bag the nomination on the first ballot and voting goes to a second or more ballot. The last Democratic brokered convention was in 1952 when Illinois Governor Adlai Stevensen didn’t get the nomination on the first go-round. The brokered part comes into play when delegates and party leaders engage in furious back and forth horse trading and swapping votes for their pick.

If this happens at the 2020 Democratic convention, the obvious target will be Sanders. Despite the rule changes, the superdelegates then would loom large again. Under the new rules they can vote on the second round of balloting and the vote of many almost certainly would not be for Sanders. The reason why hasn’t changed one whit since 2016. Centrist Democrats for the most part still quake in fear that a Sanders nomination will virtually hand the White House back to Trump.

At least Trump and the GOP seem to think so. The nonstop rumors and reports keep swirling that they are salivating at the thought of Sanders as his opponent. His Medicare for all, rip of corporate big shoots, and the claims that his radical reforms will cost untold trillions, supposedly are more than enough to make Sanders easy pickings for Trump.

That’s only part of the fear of a Sander’s nomination. He’s an avowed socialist, and despite running as a Democratic party contender, he is still very much the independent maverick. To many, that means he is not a team player, and the swatch of Bernie backers that harass, harangue, and even threaten anyone who dares utter a word against Bernie has done much to drive home that fear about, and image, of him. The polls that show Bernie trouncing Trump before one general election ballot is even cast can’t be taken seriously.

If it came down to added rounds of balloting, and Sanders is the delegate leader, but has not gotten the majority needed for the nomination outright, then we are back to the superdelegates. Sanders supporters have flatly said that they would be the ultimate weapon to torpedo his nomination. This would be far more damaging than 2016. Then Clinton clearly won a majority of regular party delegates through her primary battles with him and the super-delegate count for her was merely icing on the nomination cake.

This won’t be the case this time around. Sanders will almost certainly be at or near the top in the number of delegates he’ll rack up in the primaries. He’s got too much campaign cash, and a big, loud, and vigorous support base for that not to happen. If he is the delegate count leader, and he’s denied the nomination in follow up rounds of balloting deal making, it would be a party horror. No amount of shouts about the mortal peril a Trump reelection poses to the country, will sway legions of Sanders supporters to hold their proverbial nose and vote for the Democratic party’s alter ego choice, let alone hit the campaign trail for that ticket absent Sanders.

Let’s hope for the Democrats and Sanders sake it never gets to that.