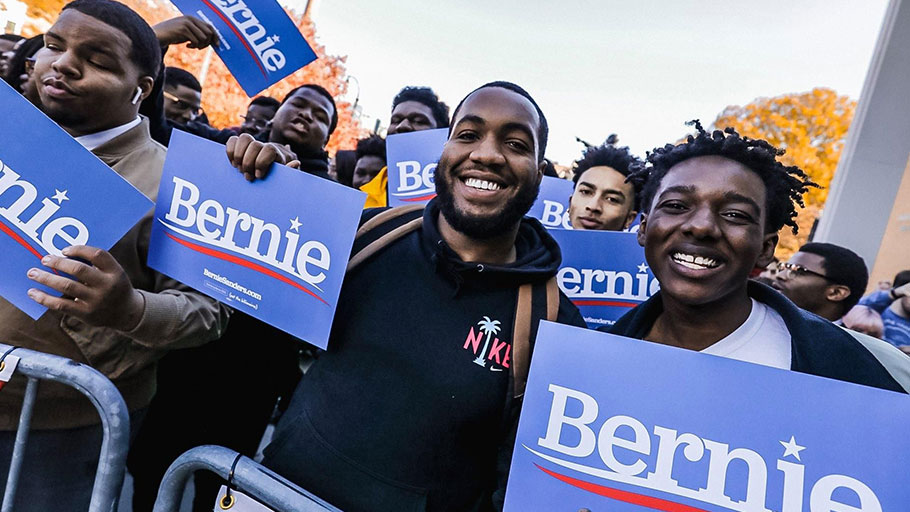 Even the Defection of Some Blacks from Biden Could Hurt Him

You Are Here: Home » Blog » Commentaries/Opinions » Even the Defection of Some Blacks from Biden Could Hurt Him

From the very moment that presumptive Democratic presidential nominee Joe Biden tossed his hat in the rink, polls and public opinion have consistently shown two things. One is that Biden is the overwhelming choice of Black voters for the presidency. This was more than borne out when Black voters crusaded to the polls in the South Carolina primary in January and propelled Joe to the top of the heap in the Democratic presidential race. Biden never looked back after that.

The second is that there has been a nagging and persistent undercurrent among some Blacks who plainly detest what Biden represents. This was evident among a lot of younger Blacks who backed Bernie Sanders. They repeatedly railed against Biden. They still relentlessly tick off mantra like Biden’s alleged racial sins. That is his opposition to bussing, cozying up to hard-core segregation senators in the Senate, and his supposed diss of Anita Hill during the Clarence Thomas confirmation hearings.

Then there’s his most grievous mortal sin; cheerleading the Clinton crime bill in 1994. No matter how many mea culpas, apologies, and recants Joe did, and he’s done a lot, it hasn’t been enough to remove the odor of his alleged dubious past sins from the reflexive attacks from some against him. Little reminders of that anti-Biden sentiment keep cropping up. A bunch of progressive Black groups “warned” Biden not to pick Amy Klobuchar as his VP pick because of her alleged horrid record on civil rights. Then hip-hop entrepreneur P. Diddy in a tirade against Biden claimed he wouldn’t vote for him unless he made all kinds of pledges to presumably embrace some kind of Black Agenda.

Now, normally now of this would mean a darn thing. There’s Trump who you’d have to go back to a rabid George Wallace to find a presidential candidate who Blacks universally love to detest. There’s Obama who will almost certainly be joined at the hip in cheering Biden on during the coming campaign. There’s his civil rights record which by any standard is near impeccable on many compelling race tinged issues. Virtually every Black local, state, and national elected official and civil rights group in the country will endorse him and implore Blacks to storm the polls and vote for him.

Now, just as normally this would be more than enough to shut down any talk of Biden having any weak spots politically against Trump among Blacks. However, the real norm that will decide who sits in the Oval Office in January is none of this. It’s the five or six Heartland states and Florida that will decide the White House. Trump won several of them by only a minuscule fraction of the vote in 2016, and that fraction put him over the top. Biden will get most of the Black vote in those states. But, so would any Democratic presidential candidate. That certainly included Hillary Clinton in 2016. She as expected got the bulk of the Black vote. And, she still lost.

The reason was simple. Trump energized les educated, rural, and blue-collar whites. And he got more of them to switch to him, many of whom had voted for Obama in 2008 and 2012, Their vote bumped up the number of those who showed up at the polls for Trump. Clinton did not counter that by bumping up the number of Blacks who came out to the polls in those states.

It can’t be said enough that if Blacks in cites such as Milwaukee, Detroit, Flint, Cleveland, Columbus, Cincinnati, Philadelphia, Pittsburgh, Miami, Orlando, Jacksonville, and Tampa in those swing states had come out in greater numbers it would be President Clinton not President Trump.

Just in case one is tempted to chalk up their lackluster turn-out to a Democratic candidate who ran a lousy campaign in 2016, or that many simply didn’t realize the astounding peril Trump represented, not so. Periodic surveys were done of these disinterested potential voters long after Trump had been busily putting the wrecking down to civil rights and education, health, and social programs, while savaging every Obama initiative he could get his hands on. Yet many of them still said they didn’t regret not voting. Their non-show at the polls though relatively small in overall numbers did much to tip the election to Trump.

Small numbers in a close run up-election made a stupendous difference in 2016. They can make the same difference again in 2020. Trump certainly knows that. He’ll do everything to sow that tiny seed of doubt and distrust about Biden among a handful of Blacks. The end game is the same, win, and win even if it’s done with a few malcontented Black voters. The lesson of 2016 for Biden and the Democrats is that it takes just a few to hurt.