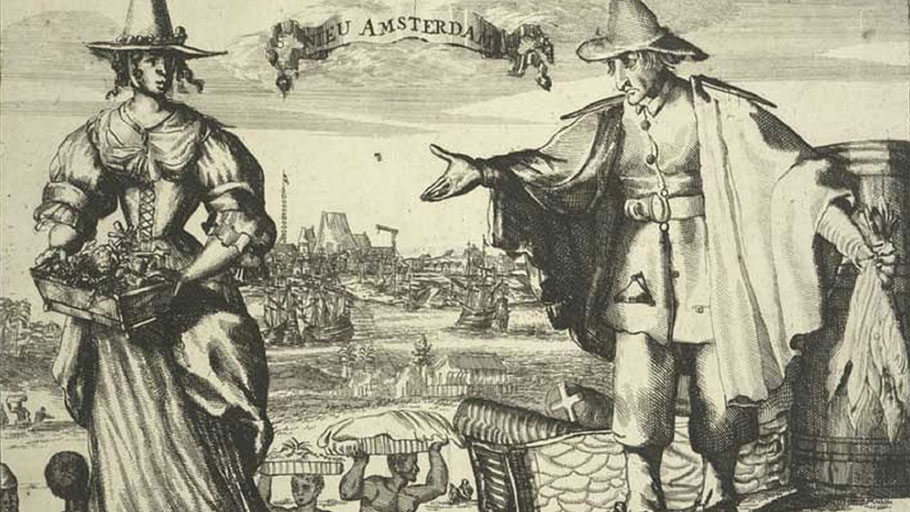 In continuing our celebration of black history month, we have a new and exciting entry to our Civil Rights and Social Justice Map: North America’s First Freed Black Settlement. According to historian Christopher Moore, the first legally emancipated community of people of African descent in North America was found in Lower Manhattan, comprising much of present-day Greenwich Village and the South Village, and parts of the Lower East Side and East Village.

This settlement was comprised of individual landholdings, many of which belonged to former “company slaves” of the Dutch West India Company. These former slaves, both men, and women had been manumitted as early as within twenty years of the founding of New Amsterdam and being brought to the colony as slaves. In some cases, these freed black settlers were among the very first Africans brought to New Amsterdam as slaves in 1626, two years after the colony’s founding. Several petitioned successfully for their freedom. They were granted parcels of land by the Council of New Amsterdam, under the condition that a portion of their farming proceeds goes to the company. Director General William Kieft granted land to manumitted slaves under the guise of a reward for years of loyal servitude. However, these particular parcels of land were granted by the Council for more calculated reasons. As the colony of New Amsterdam faced the threat of Native American raids and attacks, the Council granted manumitted slaves landholdings in strategic areas so as to create a defensive buffer-zone between the Native Americans residing in northern Manhattan and the European colonists residing at the southern tip of the island. Within this buffer-zone, those of African descent were made the ‘middlemen’ between Native American territories and the Dutch colonial settlement. 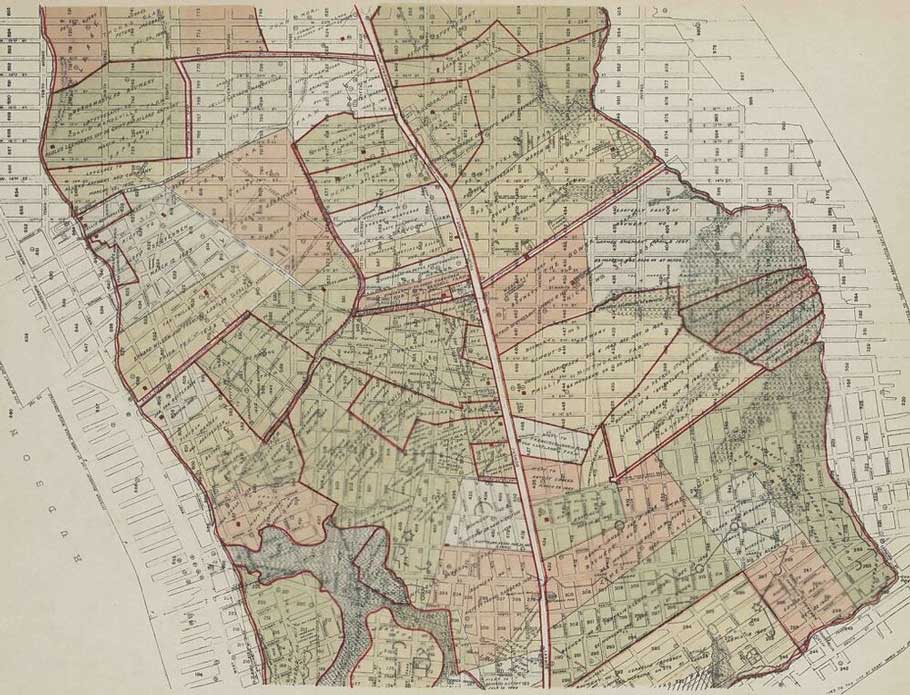 Map from Iconography of Manhattan from 23rd Street to just below Canal Street which illustrates original landholdings.

In creating this entry for the Civil Rights and Social Justice map, we derived the information largely from two sources: Christopher Moore’s chapter in Slavery in New York (Ira Berlin and Leslie M. Harris, editors, published by The New Press (NY) in 2005), entitled ‘A World of Possibilities: Slavery and Freedom in Dutch New Amsterdam’ and The Iconography of Manhattan Island 1498-1909, vol. 6, by I.N. Phelps Stokes (NY: Robert H. Dodd, 1928). Using the map of the original grants and farms in Manhattan in the Stokes’ book as well as the information in Moore’s book, we were able to map out the location of each African landholder. 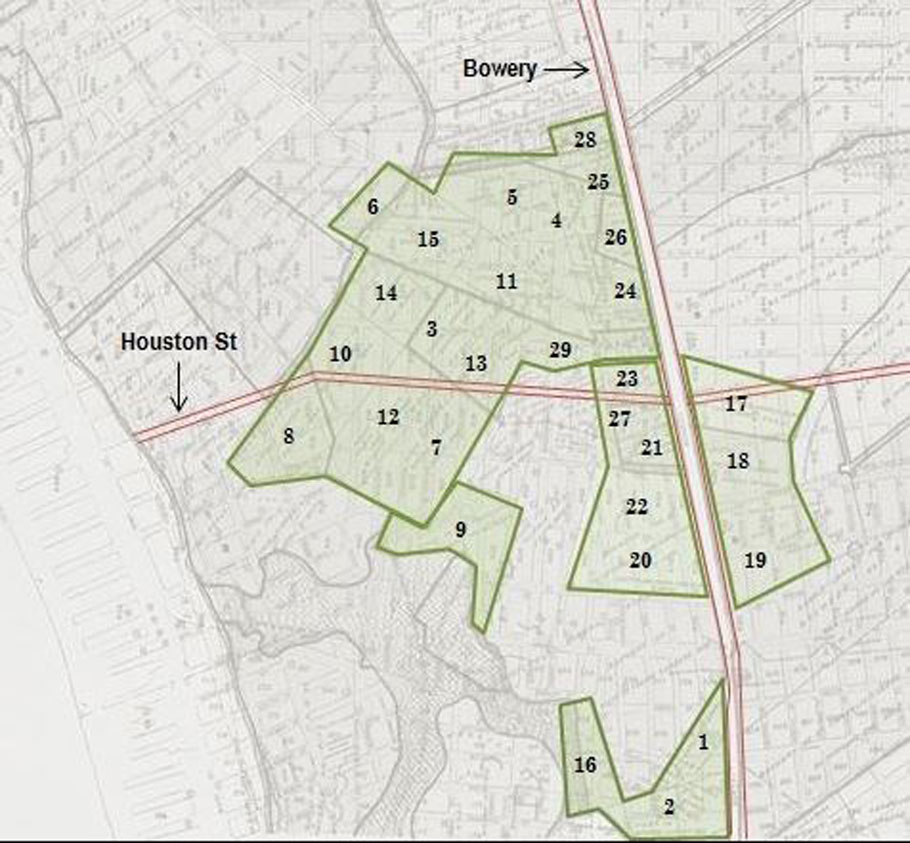 African landholdings in New Amsterdam. Each number corresponds to a freed African landholder and is described in the GVSHP Civil Rights and Social Justice map.

Each number corresponds to a freed African landholder and information is detailed on him or her in the entry. Here are a few:

8. Simon Congo: Simon Congo was granted an eight-acre parcel of farmland by the Council of New Amsterdam on the 15th of December in 1644, which spanned the area between Charlton Street and Downing Street, crossing over W Houston St. Simon Congo eventually came to own an additional parcel of land in an area further north, by Union Square Park.

11. Manuel Groot (Big Manuel): Manuel Groot, or Big Manuel, was among the first Angolan slaves ever owned by the Dutch West India Company. On the 21st of December in 1644, he was granted eight acres of land by the Council of New Amsterdam. His settlement stood adjacent to those of fellow manumitted slaves Manuel Trumpeter and Anthony Portuguese, with the northernmost corner of the parcel located near West 4th and Washington Square East, stretching down towards West 3rd and LaGuardia Pl, and moving southwest towards Bleecker St and Broadway. 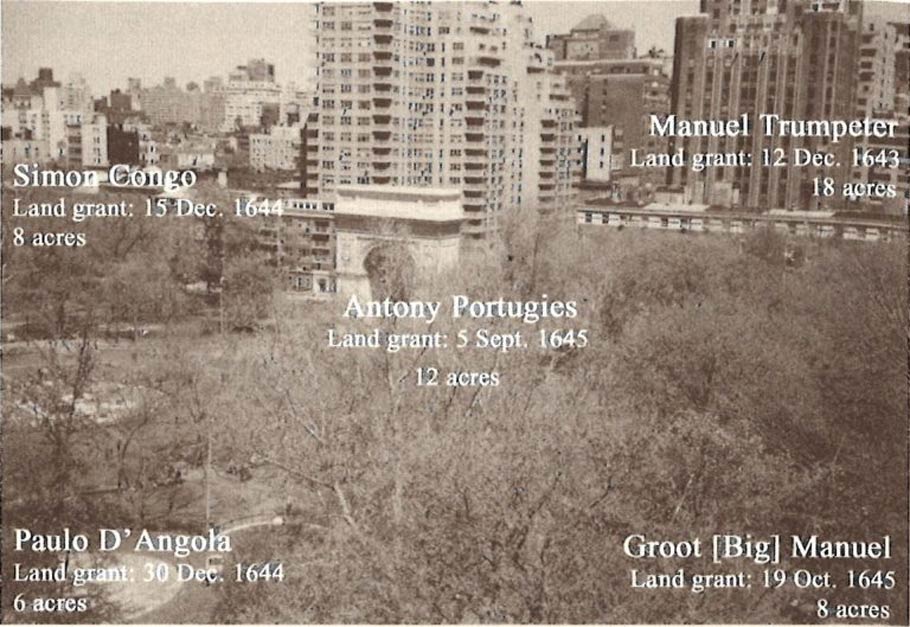 Image by Christopher Moore showing African landholders around Washington Square Park and as seen in ‘A World of Possibilities: Slavery and Freedom in Dutch New Amsterdam.’

This settlement’s status did not remain permanent, however. When the English captured the colony of New Amsterdam and renamed it New York in 1664, the newly established English government demoted free blacks from property owners to legal aliens, denying them landowning rights and privileges. Within twenty years, a vast majority of land owned by people of African descent was seized by wealthy white landowners who turned these former free black settlements into retreats, farms, and plantations. 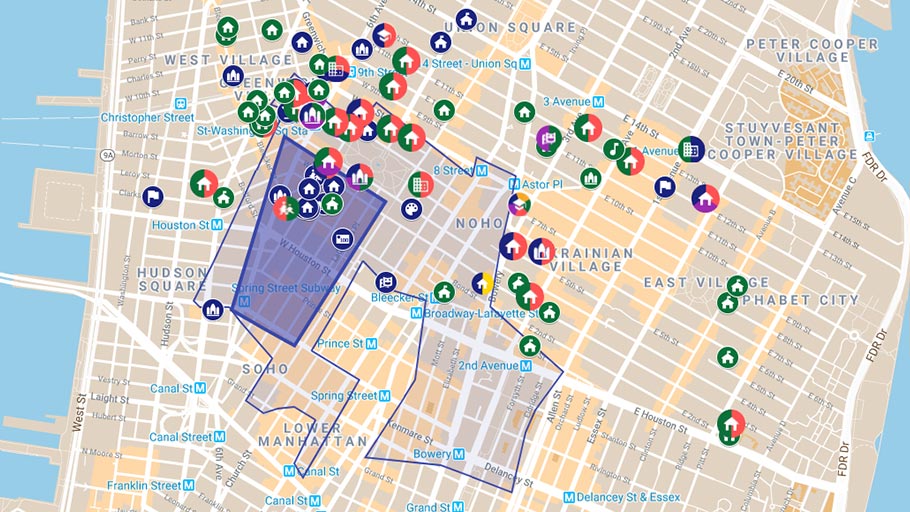 GVSHP Civil Rights and Social Justice Map. The blue outlined area with the light shading shows the area of the Freed African landholders.

For this and other information on leaders and pioneers in Civil Rights and Social Justice, go to the GVHSP map, click HERE.

* Special thanks to GVSHP interns Brittney Thomas and Lei Yang for their work on this map entry.