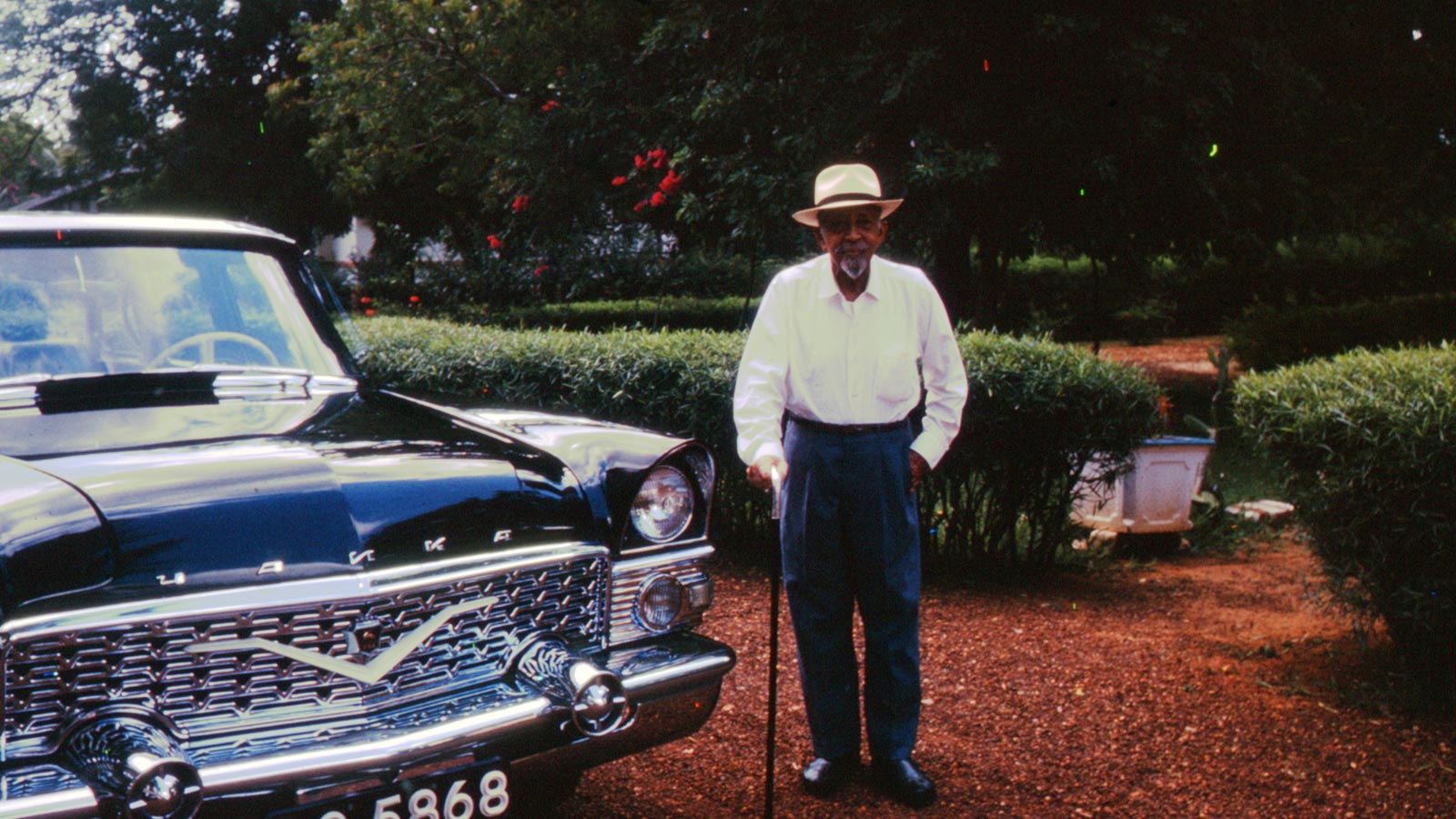 Faced with racist crimes such as the Tops shooting, some Black Americans consider a time-honored option: emigration.

Accra, Ghana — In 1961, 93-year-old Black scholar and historian W.E.B. Du Bois moved to Ghana, and soon after he was granted Ghanaian citizenship. He had endured Jim Crow racism, FBI surveillance and the confiscation of his passport by the United States, and decided it was enough. He handed White America a scathing resignation notice, in the form of a poem, “Ghana Calls,” which in part reads:

“From reeking West whose day is done,

Who stink and stagger in their dung

Come with us, dark America:

The scum of Europe battened here

And drowned a dream

Made fetid swamp a refuge seem …”

Nearly 60 years after Du Bois’s death, America is still trying to perfume itself to the world as a haven of freedom and progress. But the past weekend has been a reminder that America is all too content to tolerate the stench of Black death.

On Saturday, a White 18-year-old allegedly traveled 200 miles to Buffalo with a genocidal mission to kill as many Black people as he could. Donning body armor and armed with an assault weapon, he managed to slaughter 10 people, all of them Black, before he was taken alive by police. His chilling manifesto made explicit references to the great replacement theory and anxieties about immigrants, Jews and nonwhites taking power from Whites.

Two days after the Buffalo massacre, I went to Du Bois’s house, which is now a museum. The full text of “Ghana Calls” is painted on a small portion of a hallway. There, I pondered what Black asylum from white supremacy truly looks like. 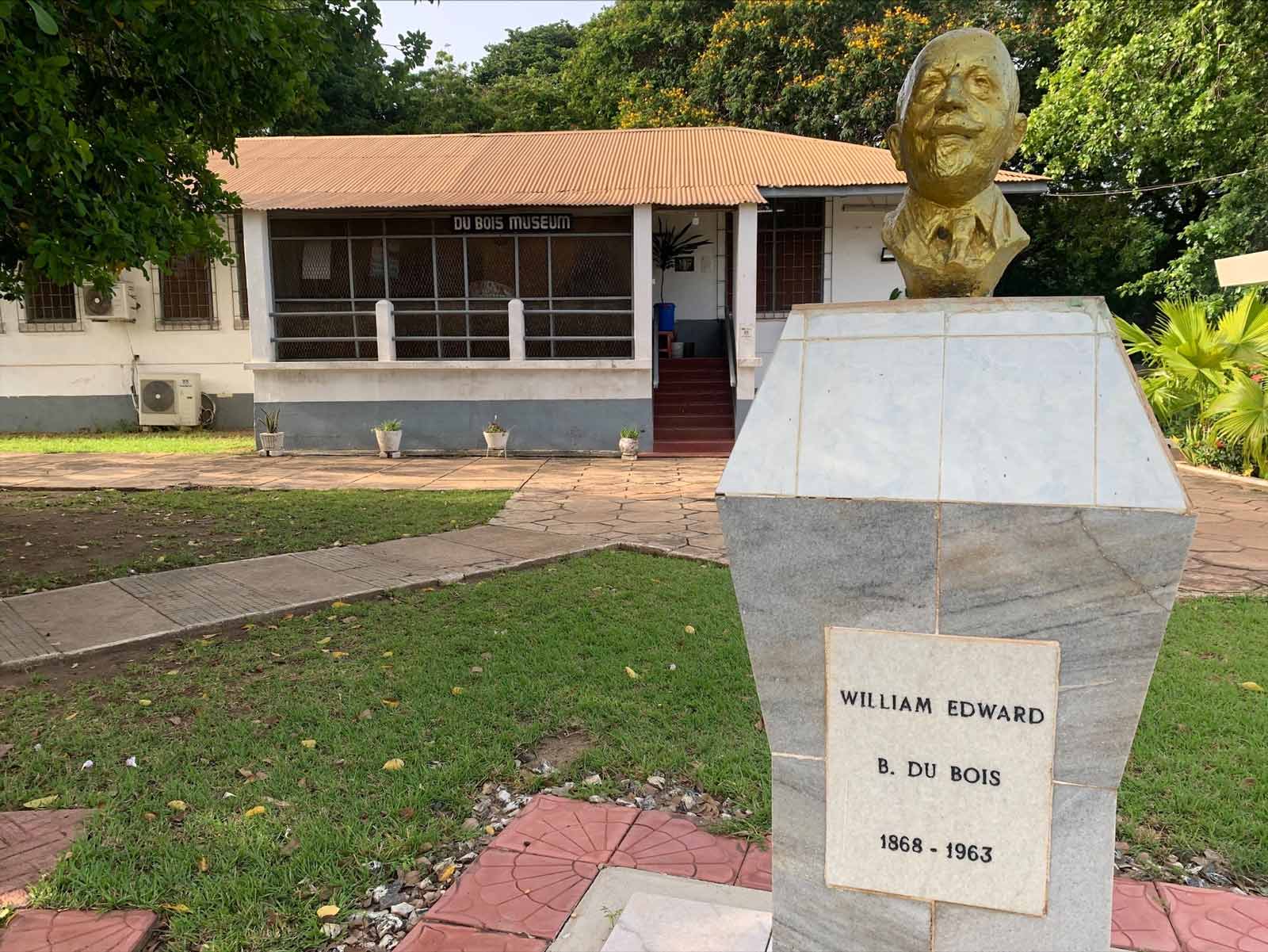 It’s hard to find refuge in the political back and forth over the massacre, and over who is responsible for mainstream racism in general. Since the shooting, much liberal commentary has been devoted to blaming Fox News, Tucker Carlson and other race-baiting GOP apparatchiks for promoting racism and the great replacement theory.

But when it comes to white supremacy, White liberals have long held on to dangerously naive replacement theories of their own — that increasing populations of nonwhites will automatically dent anti-Blackness, for instance, and that younger generations are automatically less racist than their forebears. If President Biden’s reactions are anything to go by, the temptation is to believe that the salve for America’s racist spasms is a good ol’ dose of national unity. This liberal complacency puts us all at risk.

With these domestic options, it’s no wonder that in the past several years, there are more stories of Black people yearning for elsewhere. The rise of social media communities such as Nomadness Travel Tribe, Travel Noire and Blaxit Global are a testament to a growing awareness that Black people don’t have to feel trapped in America. “I don’t have to freeze and worry for my life every time I see a police officer,” a Ghanaian American friend who moved back told me in Accra.

There is an American exceptionalist idea that the country is so great that Black people should be willing to endure its ills. We hear all the time “stay and fight” from elected leaders, who do little with their power to protect Black people when we vote for them. Josephine Baker, James Baldwin, Richard Wright, Maya Angelou and Nina Simone all left America for Europe and Africa to feel mentally and spiritually free from White America’s psychic violence. Sometimes, leaving is the most powerful form of resistance.

For the past several years, Ghana has been trying to capitalize off the desire of African Americans to return to Ghana and escape their country’s brutalities. “You do not have to stay where you are not wanted forever,” said Ghana’s tourism minister, Barbara Oteng Gyasi, in 2020, at a ceremony in Accra marking George Floyd’s murder. “You have a choice, and Africa is waiting for you.” Ghanaian President Nana Akufo-Addo’s “Year of Return” initiatives have attracted celebrities and social media influencers. In 2019, he gave Ghanaian citizenship to 126 foreign nationals who had been living in the country for many years. Chance the Rapper has tweeted that he wants to take a group with him to Ghana this summer. Stevie Wonder has plans to relocate to Ghana. According to reports, about 5,000 African Americans have relocated to Ghana since 2020.

As open racism becomes more mainstream in major Western countries, will “Blaxit” become a bigger movement? It’s … complicated. The feeling of having to leave home for a better life comes with grief, guilt and moving costs. Cultural differences, and ignorance on both sides about African and African American history and culture, are not easy to overcome. Black people from the Americas will be confronted with the ugly truth that Africans participated in selling captured Africans to the Europeans. And immigration brings a fear of increased gentrification, and that investment and tourism dollars will not benefit average Ghanaians.

Still, the truth remains that Black people in the diaspora no longer have to be chained to countries that jail them, kill them and subject them to horrific hate crimes. To borrow from Maya Angelou, God gave us traveling shoes, and if Black people choose to use them, so be it.

Karen Attiah is a columnist for The Washington Post. She writes on international affairs, culture and social issues. Previously, she reported from Curacao, Ghana and Nigeria.