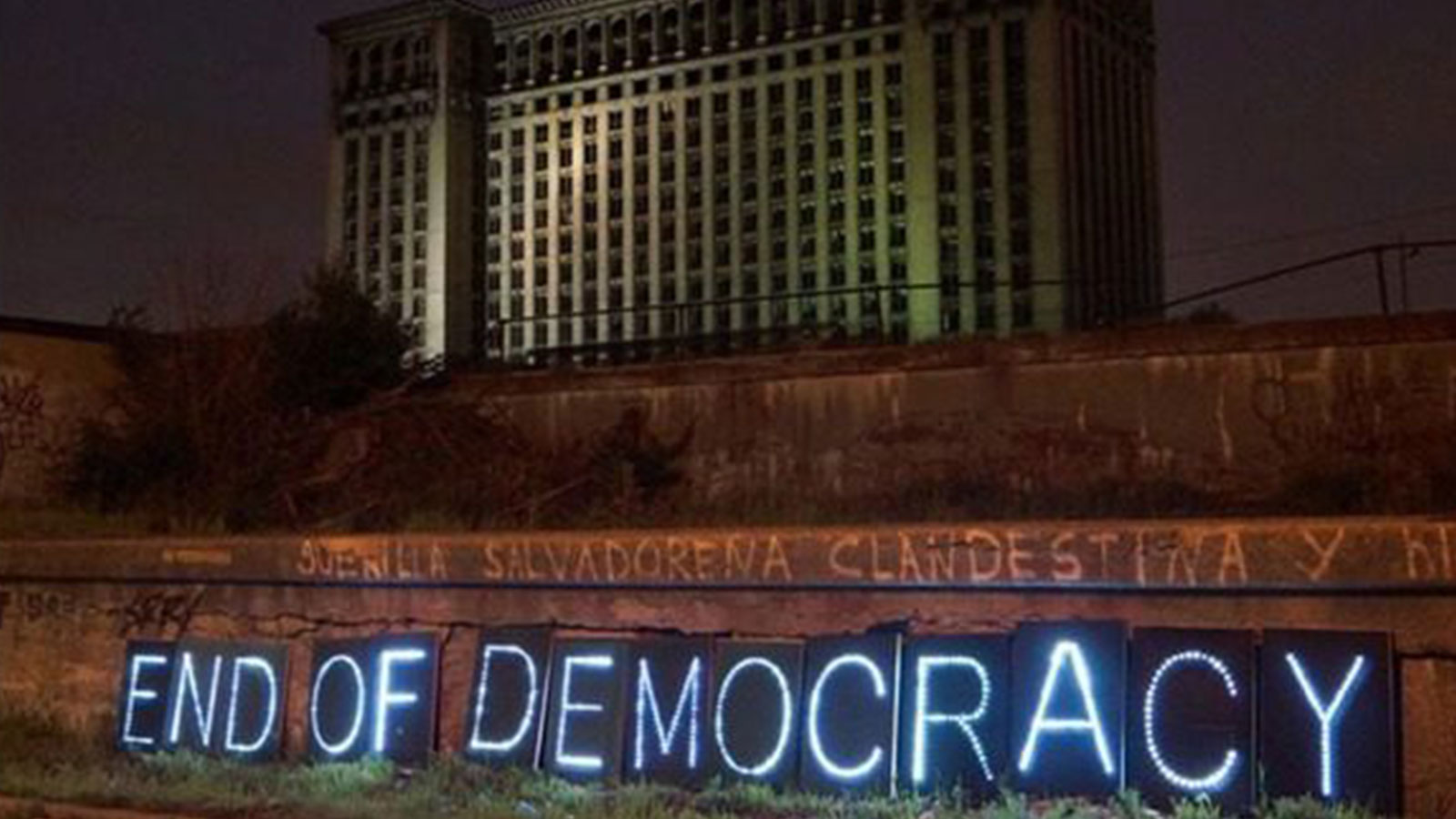 From inflation to authoritarianism, democracy is the answer

You Are Here: Home » Blog » Commentaries/Opinions » From inflation to authoritarianism, democracy is the answer

The news these days, cable and otherwise, and you’ll see a lot of cross-currents in the coverage that commentators aren’t bringing together in their totality to present to Americans the bigger picture, the whole story of how these component parts fit together.

Here’s a sense of what I mean.

Take first the issue of inflation. As I’ve written about a few times over the past weeks for PoliticusUSA, media coverage of surging inflation almost invariably frames rising prices as a problem for Democrats that threatens their ability to maintain control of the House, Senate, and even the White House. Even while a side comment here and there reveals the truth that there’s not much either political party can do in terms of economic policy to curb inflation, which a result of supply chain disruptions and labor shortages resulting from the pandemic, the narrative informing the coverage implicitly presents the Republican Party as offering an alternative to voters anxious over what seems like unabated inflation.

And meanwhile, we see democracy threatened around the globe and here at home, with Putin’s invasion of Ukraine unfolding while the 1/6 commission continues to unearth—and unravel—new information about the efforts of Donald Trump and his co-conspirators effectively to interrupt the peaceful democratic transition of power and seize control of the U.S. government.

Indeed, had former Vice President Mike Pence gone along with the Trump cabal’s plans, had an election official here and there in Michigan or any of the battleground states refused to ratify election results, had Georgia Secretary of State Brad Raffensperger played long with Trump and even delayed ratification of the vote in Georgia while he looked for the votes Trump requested—indeed, had any number of small actions been carried out, our political landscape, the very shape and even survival of our democracy, already on life support, might look very different.

We know these facts.

We know Trump wanted to involve the military in seizing electronic voting machines. We know he flirted with the idea—well, quite seriously considered–declaring martial law, just as Putin is doing now.

To get a sense of what the U.S. might look like now or in the future under the rule of the party of Trump, all we have to do is look at how Russians are living under Putin’s iron fist now.

Trump’s ruthlessness when it comes to destroying his political enemies and pushing through his self-serving and personally-enriching political agenda, regardless of the impact on the lives of the masses of Americans for whom he is supposed to govern, rivals that of Putin for sure.

They are perfect partners in the quest to extend authoritarianism around the globe.

And the Republican Party plays a key role in this partnership, passing voter suppression laws in state legislatures across the nation and doing little to nothing to check Trumpism. Even the “establishment” Republicans that are supposed to represent some pre-Trump sanity are complicit. We haven’t seen Mitt Romney, Rob Portman, or Susan Collins come out and argue to pass legislation to preserve voting rights.

The Republican Party at large is part of this authoritarian onslaught, as are the likes of conservative Democratic Senators Joe Manchin and Kyrsten Sinema.

As we look at these threats to our freedom and economic well-being, there is really only one way to combat them: Democracy.

I’m sure it sounds simple and probably stupid to say, but right now Democracy is a kind of a theory of everything.

And as obvious as the tenuous nature of democracy might be being continuously represented to us, it’s not clear the populace and pundits are really getting the message.

There really is a “don’t look up syndrome” going when it comes to the meteor of authoritarianism hurtling at a dangerous speed towards our still-developing democracy.

The other night I watched a Steve Kornacki special on MSNBC focusing this year’s coming midterms and the prospects for each party to control the House and the Senate. Kornacki tended to focus on political processes themselves, presenting the data in his typical wonkish way, but expressing really no alarm for what Republican control of, really, either the House or Senate would mean for their ability to continue to dismantle democracy, put a halt to investigations into the 1/6 insurrection and Trump’s shenanigans, and turn a blind eye to and also abet efforts to erode civil and democratic rights and processes.

A sense of what is at stake for the nation in a battle between Democrats and Republicans for political control has not seemed to have sunk in for American citizens and the media.

And when it comes to inflation, the problem is at least two-fold.

First, we need to recognize that the problem of inflation is actually a much deeper problem of the severe economic inequality from which America suffers. Put another way, the pain of inflation would not be felt so severely by masses of Americans if the American economy were not so undemocratic.

The wealth produced in this country has been grossly mal-distributed to the wealthiest and not those who work to produce it. This undemocratic distribution also grants the wealthiest more political power through their greater ability to fund campaigns, gain access to candidates, and lobby.

And, of course, Trump’s tax cuts which gave away a trillion dollars to the already wealthy are just one example of his economic authoritarianism.

And the one party—yes, the Democrats—trying to reverse this distribution of wealth through the Build Back Better plan that includes funding for child care, subsidies to make healthcare more affordable, the child tax credit, and more to reduce the cost of living for the majority of Americans—they are the ones being blamed for inflation by the media in a way that risks driving American voters right into the arms of a Republican Party hell-bent on destroying democracy and installing autocracy in America.

Democracy is the theory of everything.