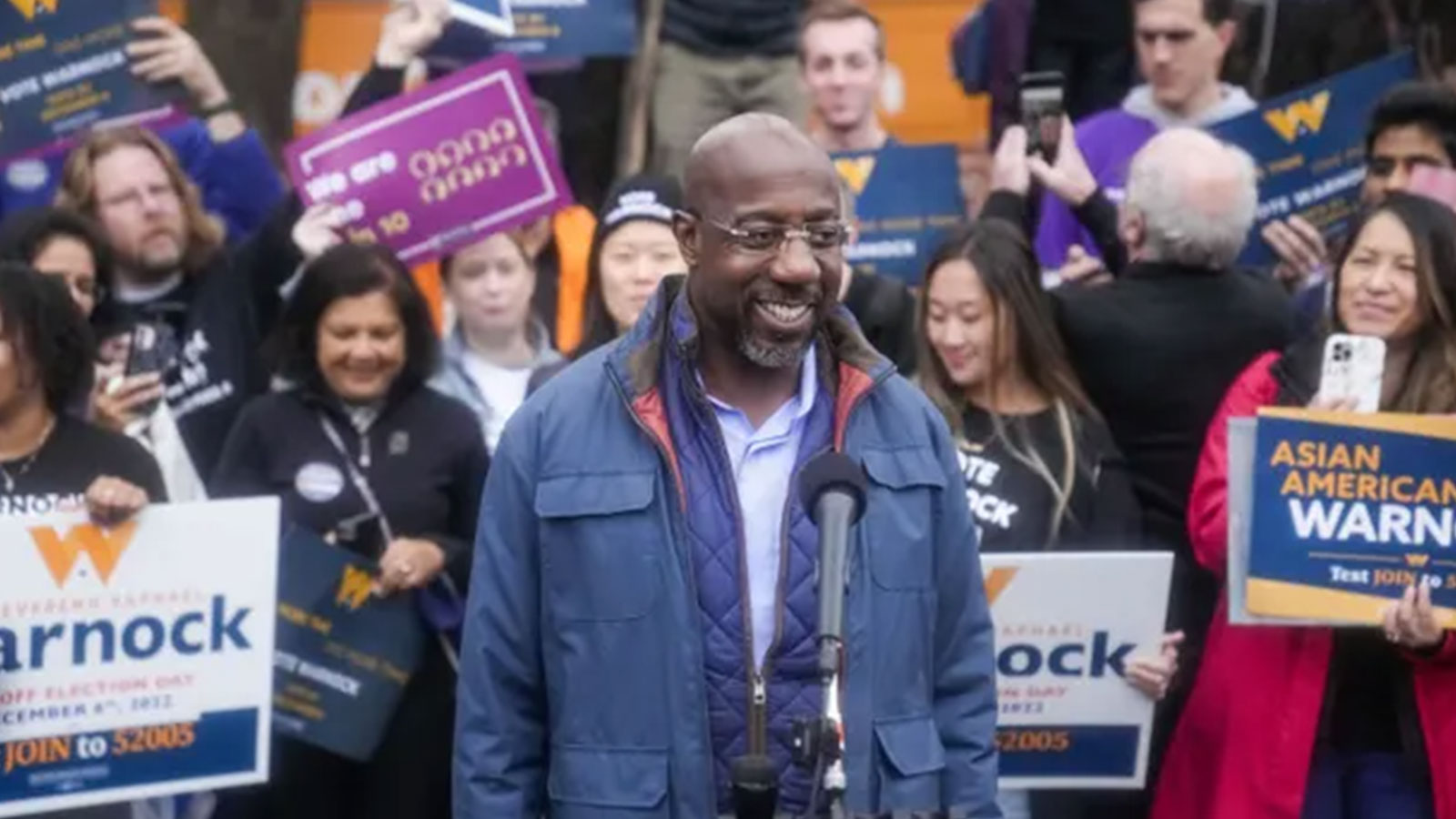 Georgia’s runoff was a resounding rebuke of Trumpism. Will Republicans hear it?

You Are Here: Home » Blog » Commentaries/Opinions » Georgia’s runoff was a resounding rebuke of Trumpism. Will Republicans hear it?

By Lloyd Green, The Guardian —

Tuesday delivered a spate of bad news for Donald Trump and the Republican party. First, Bennie Thompson, chairman of the January 6 committee, announced that criminal referrals to the US Department of Justice would be forthcoming. A few hours later, a Manhattan jury convicted the Trump Organization on 17 counts of tax fraud, conspiracy and falsification. According to prosecutors, the former president was complicit.

And now, the incumbent senator Raphael Warnock has prevailed in a hard-fought runoff. Georgia again rejected Herschel Walker and Donald Trump, his patron.

Come January, Mitch McConnell and his Republican colleagues in the US Senate will be staring at an actual 51-49 Democratic majority. The president’s nominees will have an easier time winning confirmation. In the end, the minority leader and his caucus will bear a portion of the cost of those abortions Walker reportedly paid for.

Trump’s big lie emerged as a turn-off. His recent call for the US constitution to be scrapped injured himself and Walker.

By the numbers, “three in 10 strong Trump supporters accept or are indifferent to white supremacist views,” according to a Washington Post/ABC News poll taken in the aftermath of the hate-fest in Charlottesville.

The Republican party is its own twilight zone. But Georgia is no longer Trump country.

He lost the Peach state to Biden two years ago. On the eve of the January 2021 insurrection, both of his picks finished second in the state’s Senate runoffs. Walker’s flame-out is part of the continuum.

Most notably, the governor and his posse refused to nullify the 2020 election. Kemp even testified before a Fulton county, Georgia, grand jury, which may yet indict “45” and his hangers-on. Rudy Giuliani is officially a target in the inquiry. Jeopardy is in the air.

In hindsight, helping preserve democracy from Trump’s onslaught proved itself to be smart politics. This past May, Kemp, Georgia’s attorney general Chris Carr, and Brad Raffensperger, Trump’s bete noire and Georgia’s secretary of state, all survived primary challenges. Courage can come with an upside.

Most recently, Kemp took aim at Trump for his dinner with Ye, the antisemitic recording artist formerly known as Kanye West, and Nick Fuentes, his white supremacist, Holocaust-denying sidekick. “Racism, antisemitism, and denial of the Holocaust have no place in the Republican Party and are completely un-American,” Kemp told the Atlanta Journal-Constitution.

Sadly, he stands out as an exception within the Republican party. Once upon a time, Trump and his legal minions brayed against tyranny. Not any more.

With Trump in office it was hello, praetorian. These days, it’s crickets and spinelessness.

Take Jay Sekulow, Trump’s personal lawyer. In an April 2016 brief to the US supreme court, Sekulow attacked Obama as a despot.

Echoing James Madison, founding father and fourth president, Sekulow thundered that the “accumulation of all powers, legislative, executive and judiciary, in the same hands … may justly be pronounced the very definition of tyranny”.

Likewise, McConnell and 44 of his Republican colleagues accused Obama of seeking to “usurp” their powers when it came to recess appointments. To be sure, McConnell has remained silent in the face of ethnic slurs hurled at his wife by Trump.

Fittingly, the family of Capitol police officer Brian Sicknick, who died in the aftermath of the January 6 insurrection, refused to shake hands with McConnell and the Trump toady Kevin McCarthy at a Congressional Gold Medal ceremony. Ken Sicknick, the late officer’s brother, told CBS News that the Republican leaders “have no idea what integrity is”.

In 2016, Paul LePage, then governor of Maine, actually treated Trump’s bubbling authoritarianism as a plus. “Our constitution is not only broken,” he declared. “We need a Donald Trump to show some authoritarian power in our country.”

LePage’s dream is the Republicans’ reality – and democracy’s nightmare. “When someone tells you they want to abolish the constitution … and they’re a wannabe dictator, believe them,” Olivia Troye, Mike Pence’s national security adviser, tweeted. “And when Republicans refuse to condemn it, believe what that means as well.”

The question facing Kemp and the rest of the Republican leadership is whether they confront their Caesar. One thing is certain: if elected, Walker would have willingly rolled over. And he is far from alone.

“The real question is what does the base of the party think,” Senator Mitt Romney recently acknowledged. “And they’re still firmly behind him.”

Lloyd Green is an attorney in New York and served in the US Department of Justice from 1990 to 1992
Source: The Guardian
Featured image: Raphael Warnock (Brynn Anderson/AP)