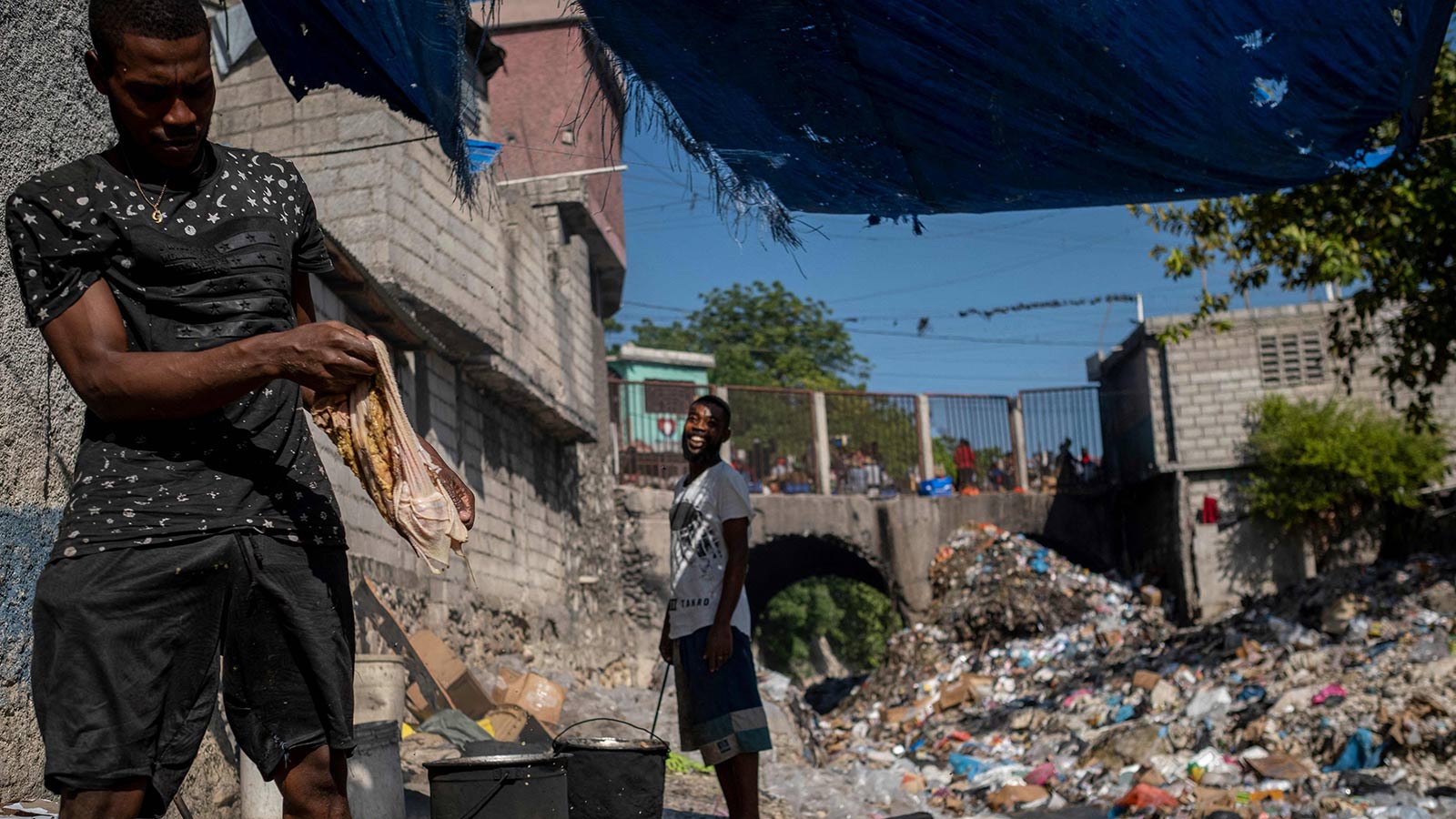 Haiti descends into chaos, yet the world continues to look away

You Are Here: Home » Blog » Commentaries/Opinions » Haiti descends into chaos, yet the world continues to look away

Haiti has descended into a state of political, economic and security collapse.

The free fall in the Western Hemisphere’s poorest country is accelerating, and it is a pipe dream to imagine it can pull itself together without outside intervention. To oppose a muscular international force that could restore some semblance of order is to shrug at an unfolding humanitarian disaster.

In the face of Haiti’s agonies, the heedlessness of the Biden administration and the United Nations is unconscionable.

With more than a third of Haiti’s population of 11 million already in need of food assistance, rampant criminal gangs have paralyzed fuel deliveries, without which economic activity — and the availability of food and medical care — has ground to a halt. The government is an empty shell and often in league with the gangs who have seized control of entire neighborhoods and critical roadways. An epidemic of kidnappings — whose victims include 17 missionaries, all but one of them Americans, now being held for ransom — has spread unchecked.

To oppose intervention is to be complicit in the resulting chaos and suffering.

The outlines of Haiti’s current chaos were predictable following the assassination of President Jovenel Moïse in July. He presided over a hollowing-out of already feeble institutions and relied on gangs as enforcers. His death triggered a collapse in what passed for order and governmental authority. Today, no one is in charge — except for violent armed gangs whose terrain is concentrated around the capital, Port-au-Prince.

Haitian civil society, its vibrant network of social, health and political organizations, is unarmed, divided and impotent. The police, long reviled as corrupt and feckless, are outgunned. Mayhem is enveloping nearly every aspect of daily life. Massacres, gang rapes and violent arson attacks on neighborhoods are widely reported.

No one with a passing knowledge of Haitian history can doubt that past interventions have left scars, and that the troops who executed them did damage. But what are the alternatives today, as Haiti’s nosedive gathers speed, to stop the meltdown? Those who cite the shortcomings of past interventions as the rationale to oppose a new one have no viable answer to that question.

It is impossible to accurately predict what comes next in Haiti, but there is virtually no scenario in which the news will get better. Elections are impossible amid such disorder, so there is no prospect of establishing a government with a shred of political legitimacy.

Gangs led by strongmen might continue to fill the power vacuum. One particularly powerful warlord, openly maneuvering to seize power, is promoting pandemonium and halting fuel supplies in hopes of toppling the government. Whether he succeeds or fails, neither scenario provides a blueprint for restoring order, or the provision of food and medical supplies in a spiraling humanitarian crisis.

Following the Moïse assassination in July, the Post editorial board called for international intervention to prevent what we saw as a foreseeable emergency. That emergency has now arrived, with predictably dire consequences. Will the world continue to avert its eyes and give excuses for inaction?

Featured Image: A man cleans meat to cook next to a stream of heavily contaminated water filled with trash in Port-au-Prince, Haiti, on Oct. 29. (Ricardo Arduengo/AFP/Getty Images)