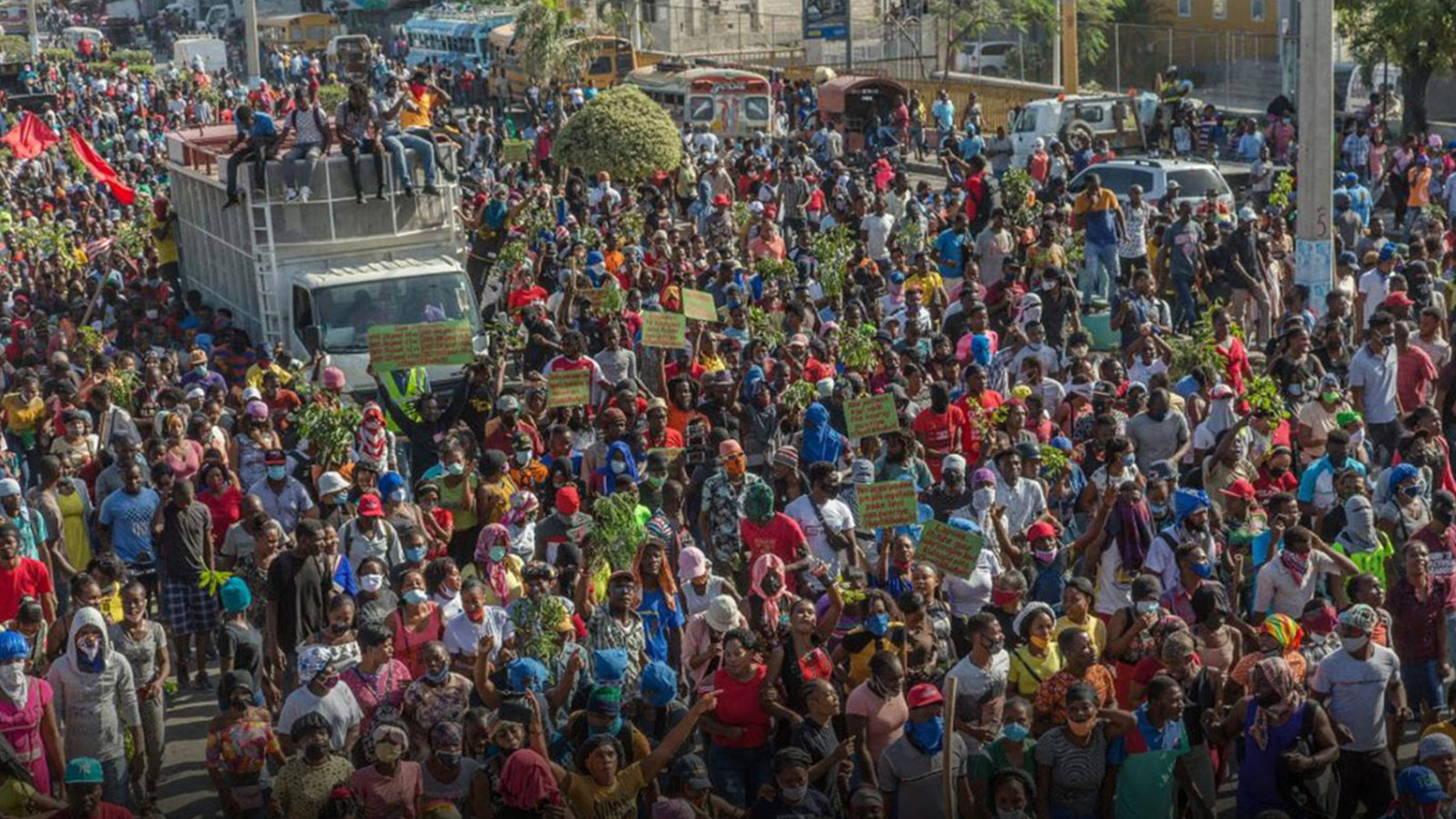 Haiti: The ransom is still being paid

You Are Here: Home » Blog » Commentaries/Opinions » Haiti: The ransom is still being paid

On May 20th, The New York Times published a meticulously documented series entitled, “The Ransom,” detailing the devastating impact of the so-called “Independence Tax” enforced by France in 1825 on the world’s first Black republic. As The Times reported, Haiti became the only place where the descendants of enslaved people were forced to pay compensation to the descendants of slave owners. With the first payment to France, Haiti had to shut down its nascent public school system. As the billions of dollars paid to France and then to U.S banks like Citicorp multiplied, Haiti’s economy disintegrated.

The Times series comes nearly 20 years after the administration of then-President Jean-Bertrand Aristide formally demanded $21.7 billion from France as restitution for the funds extorted from Haiti. Aristide’s initiative was a key factor in France’s cooperation and support for the U.S.-orchestrated coup that overthrew his democratically elected government. Mainstream media at the time, including The New York Times and The Washington Post, treated the demand as “quixotic” and a publicity stunt, as their reporters wrote one article after another demonizing the democratically elected Aristide administration, thus helping to lay the ideological justifications for the 2004 coup d’etat.

We do not anticipate self-criticism from The Times for its past reporting. Hardly. But as Times readers study the new series, they will hopefully demand to know more about the ways in which the U.S. and France continue to exploit Haiti’s resources, dominate its political life and prop up the tiny, violent and corrupt Haitian elite that now rules the country. And they will hopefully call for an accurate accounting of the powerful Haitian grassroots movement that continues to fight for democracy and true sovereignty.

Take for example the recent uprising of Haiti’s factory workers. On Feb. 17, 2022, thousands of Haitian garment workers, their families and supporters, filled the streets of Port-au-Prince to demand an end to starvation wages and horrific working conditions. The workers demanded a wage increase from 500 gourdes per 9-hour work day (approximately $4.80) to 1,500 gourdes per day (approximately $14.40). As the demonstrations continued throughout the next week, Haitian police fired on the crowds with tear gas canisters and live ammunition, killing a journalist and wounding many other protesters. 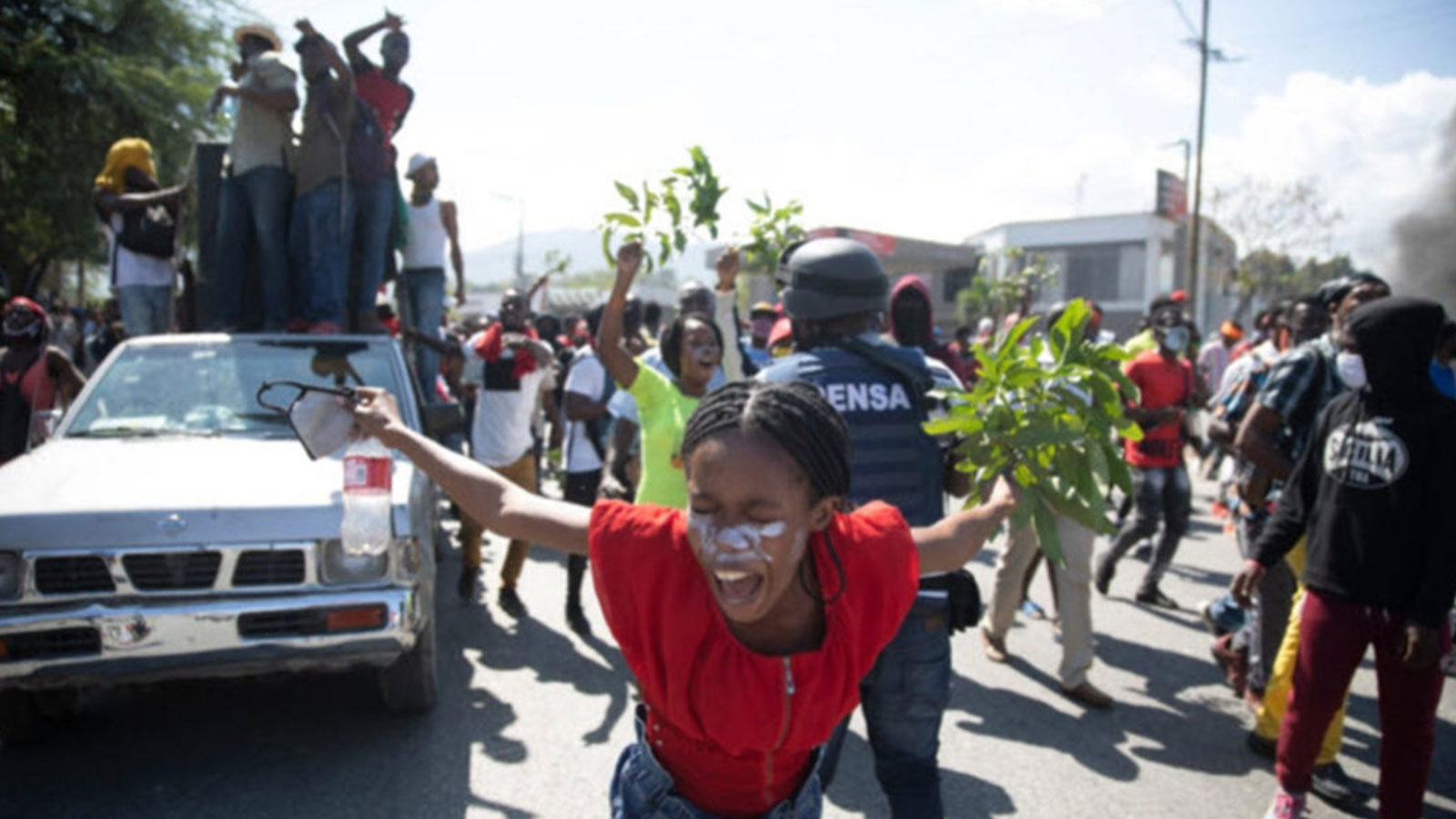 The garment strike came in the midst of double-digit inflation in Haiti, with the prices of food, fuel and other commodities soaring. To make matters worse, the government of de facto prime minister Ariel Henry recently announced that it would end fuel subsidies, leading to even higher prices. Workers chanted, “You raised the gas but didn’t raise our salaries.”

The strategy of the Henry government was classic counterinsurgency: Denounce the militancy of the protests, unleash police repression to terrorize the demonstrators, and offer a modest wage increase (to 770 gourdes a day) to quell the uprising. In numerous interviews, workers expressed their outrage over the government response, pointing out that the cost of traveling to and from their factory jobs alone took up 40% of their daily wage. Add to that the cost of food and housing and you have a daily fight to survive.

Who benefits from this sweatshop labor? Garment factories in Haiti supply T-shirts and other apparel to corporate giants like Target, the Gap, H&H Textiles, Under Armour and Walmart. Check out the label on your T-shirt. It may very well read, “Made in Haiti.”

None of this is new. During the dictatorial reign of Jean-Claude “Baby Doc” Duvalier in the 1970s and 1980s, garment factories supplying U.S. companies set up shop throughout Port-au-Prince, while the government unleashed terror campaigns against labor organizers and any grassroots opposition.

In 1991, during Aristide’s first term as president, he was set to raise the minimum wage, when a U.S.-organized coup toppled his government only seven months into his presidency. In February of 2003, during his second administration, Aristide doubled the minimum wage, impacting the more than 20,000 people who worked in the Port-au-Prince assembly sector. The Aristide government provided school buses to take these workers’ children to school as well as subsidies for their school books and uniforms. In addition, his government launched a campaign to collect unpaid taxes and utility bills from Haiti’s wealthy elite. None of this sat well with Haiti’s factory owners, who played a key role in the U.S.-orchestrated 2004 coup d’etat.

The coup fast-tracked the implementation of the U.S.-imposed structural adjustment program, known in Haiti as the “Death Plan.”

Haiti is still living with the grim effects of that coup and the subsequent foreign occupation that enforced it. The coup fast-tracked the implementation of the U.S.-imposed structural adjustment program, known in Haiti as the “Death Plan.” Nowhere was this more apparent than during the aftermath of the catastrophic 2010 earthquake, which killed over 300,000 Haitians and left millions more under tarps and tents.

Shortly after the earthquake, then-U.S. Secretary of State Hillary Clinton traveled to northern Haiti, declaring that “Haiti is now open for business,” as she hailed the inauguration of the Caracol Northern Industrial Park, now a key center of the garment industry and a target of the current labor protests and strikes. State Department cables obtained by Wikileaks revealed that Clinton and the State Department, along with USAID, were pressuring Haiti’s government to block any hike in the minimum wage, arguing that this would be detrimental to the development of the export sector. A series of compliant and corrupt Haitian regimes, selected and propped up by the U.S., have facilitated this plan, taking their cut along the way.

The ongoing battle of Haiti’s garment workers for survival and dignity is part of the broader popular movement in Haiti. The workers who are in the streets of Port-au-Prince return home at night to communities like Belair, Cite Soleil and Lasalin that have been targeted by Haitian police and paramilitary death squads, who have besieged them with massacres, kidnappings and gang rapes aimed at silencing their opposition to the current government.

The garment strike came just days after the term of de facto prime minister Ariel Henry officially ended on Feb. 7. Hundreds of thousands of Haitians demonstrated for months their opposition to the continuation of this regime, which they rightly classify as illegitimate, a creation of the so-called Core Group (the United States, France, Spain, Brazil, Germany, Canada, the EU, the UN and the OAS) that controls Haiti’s politics.

Numerous grassroots organizations, including Aristide’s Fanmi Lavalas Political Organization – the people’s party of Haiti – have called for a transitional government to end corruption, stop the repression, respect the rights of workers, stabilize the economy, and set the stage for free and fair elections. Yet the State Department has doubled down on its support for the Henry regime and has insisted that it supervise new elections. This would simply lead to one more stolen election designed to keep the ultra-right-wing PHTK (Skinhead) party in power. 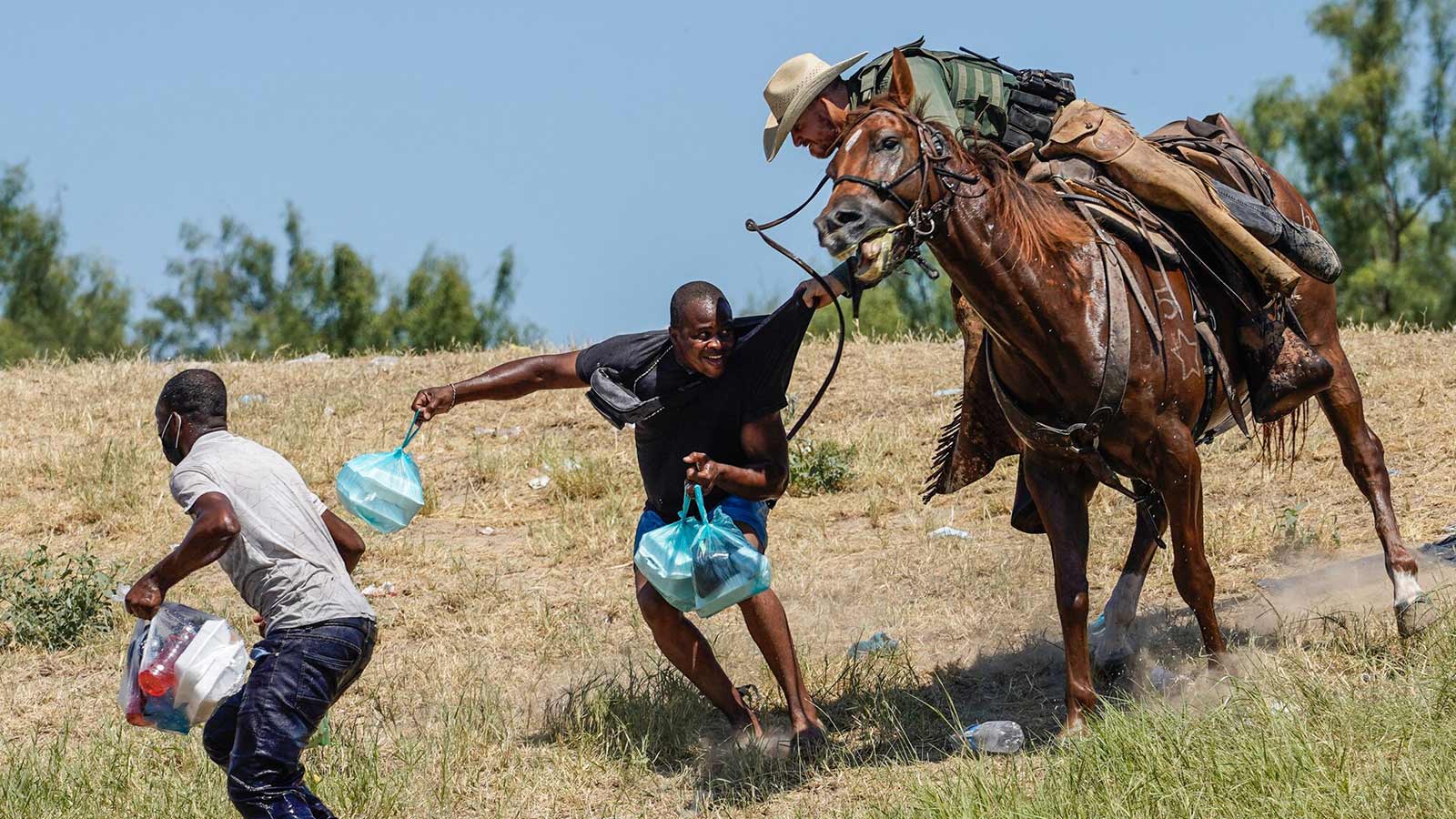 These images from last September of US Border Patrol agents whipping Haitians have been memorialized in racist “challenge coins” being passed around by the agents, proudly depicting those same attacks.

In the midst of the disaster that the U.S. has helped to foster in Haiti, the Biden administration continues its unconscionable mass deportation of Haitians, with the numbers now exceeding 25,000 since Biden’s inauguration. Remember those horrifying images of border patrol agents whipping Haitian migrants last September? Now comes the news that those images have been memorialized in racist “challenge coins” being passed around by border patrol agents, proudly depicting those same attacks.

In the month of May alone, the Biden administration loaded up 36 planes to deport 4,000 Haitians. They return to the worst spate of kidnappings in Haiti’s history, where paramilitary groups have targeted with impunity everyone from market vendors to medical workers and teachers.

Only a fundamental change in Haiti of the kind envisioned, articulated and fought for by Haiti’s powerful grassroots movement, can reverse any of this. And the U.S. government, as it has been so often, is the biggest obstacle that stands in the way.

The ransom is still being paid. And reparations are long overdue.

Robert Roth is an educator and was co-founder of the Haiti Action Committee.