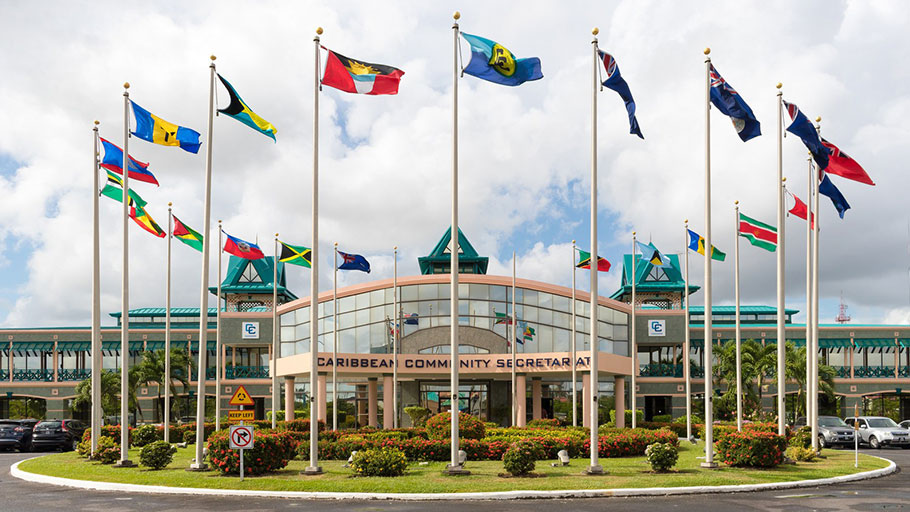 At the annual meeting, this weekend in Suriname with the implementation of the CARICOM Single Market and Economy (CSME), food security and governance are among the key matters for consideration.

“We’re expecting that it will be a very fruitful meeting and we’re working towards that,” said CARICOM Secretary-General, Dr. Carla Barnett, in a pre-summit interview, done apparently with the Georgetown –based CARICOM Secretariat and posted on its official website.

According to Barnett, the President of Guyana, Dr. Irfaan Ali, is to present a report following the CARICOM Agri Investment Forum and Expo held in Georgetown earlier this year during the summit that opens on Sunday and ends on Tuesday.

“The wide range of issues of importance to the Community that the Heads of Government will discuss include governance, and the way decisions are taken and implemented in the Community,” according to the CARICOM Secretariat.

Barnett said that the summit will allow the regional leaders to “take stock of where we are in implementing the CSME, (and) as a part of that the discussions, the work that has been done on the CARICOM Agri-Food Investment that is very critical and we will be getting a report from the President of Guyana.”

The CSME allows for the free movement of goods, skills, labor and services across the 15-member regional grouping.

Barnett said that the summit will also be discussing security issues and “one of the critical things we will be talking about of course is the question of governance.

“It was raised at the inter-sessional in Belize in March and we have done a little bit of work that will help us to discuss the way we make decisions and the way we implement decisions so that we can seek to do that more efficiently and more effectively so we can include member states more integrally in the definition of how we implement our decisions….,” she added.

The summit comes at a time of great division within CARICOM, especially in recent months, when the regional leaders failed to agree on at least two important decisions, namely their attendance at the Summit of the Americas that was held in the United States and the choice of a candidate for the position of Commonwealth Secretary-General, both events taking place last month.

St. Vincent and the Grenadines Prime Minister Dr. Ralph Gonsalves, one of the longest serving regional leaders, boycotted the Summit of the Americas in protest at the decision of the United States not to invite Cuba, Nicaragua and Venezuela to the event in Los Angeles.

The regional government had initially indicated their desire to stay away, but relented after Washington also indicated that it is committed to working with CARICOM and the Dominican Republic to form three high-level committees tasked with developing “immediate and concrete, joint, and near-term solutions.”

The White House said the joint effort will facilitate collaboration between the US private sector and Caribbean companies to support renewable energy infrastructure project development from concept to financing, including through technical assistance and blended finance tools to create Caribbean equity in energy projects.

In addition to the Caribbean’s vulnerability to natural disasters, rising international debt, and out-migration, the US noted that food and nutrition insecurity is on the rise in the Caribbean, with about 67.5 percent of the population experiencing moderate or severe food insecurity.

To address these challenges, Washington said the United States and CARICOM will launch a Caribbean Zero Hunger Plan to promote food and nutrition security in the Caribbean.

Regarding the selection of a candidate for the position of Commonwealth Secretary-General, Jamaica nominated its Foreign Affairs and Foreign Trade Minister, Kamina Johnson-Smith, even as Dominica had secured the support of CARICOM countries for the re-nomination of the incumbent, Dame Patricia Scotland for a second term.

“Those who seek to divide and rule are encouraging Jamaica to present a candidate in opposition to the current Secretary-General, who is serving on a CARICOM rotation,” Browne had warned.

But Jamaica defended its decision saying it was necessary to point out that the revised Treaty of Chaguaramas that governs the regional integration movement “aspires towards coordination of foreign policy, including candidatures for positions in external forums, as far as practicable.

“It does not mandate harmonization and acknowledges therefore, the sovereign decisions of member states. Jamaica’s decision was made not only within the latitude in the CARICOM treaty but more importantly, by virtue of its conviction that the leadership being offered would be in the interest of the Commonwealth,” Kingston added.

In the end, Scotland prevailed, winning by a 27-24 margin during the Commonwealth Heads of Government Meeting (CHOGM) in Rwanda last weekend.

The CARICOM Secretary-General will also address the ceremony where four prominent Caribbean nationals, namely Barbadian Dame Billie Miller, the former West Indies cricket captain, Sir Vivian Richards of Antigua and Barbuda, the Trinidad and Tobago calypso icon, David Rudder and the former CARICOM secretary-general, Irwin la Rocque of Dominica will receive the region’s highest award, the Order of the Caribbean Community (OCC, which) is a representation of the sun signifying “the illustrious and distinguished nature of the persons” who are recipients of the region’s highest and most prestigious honor…” CMC