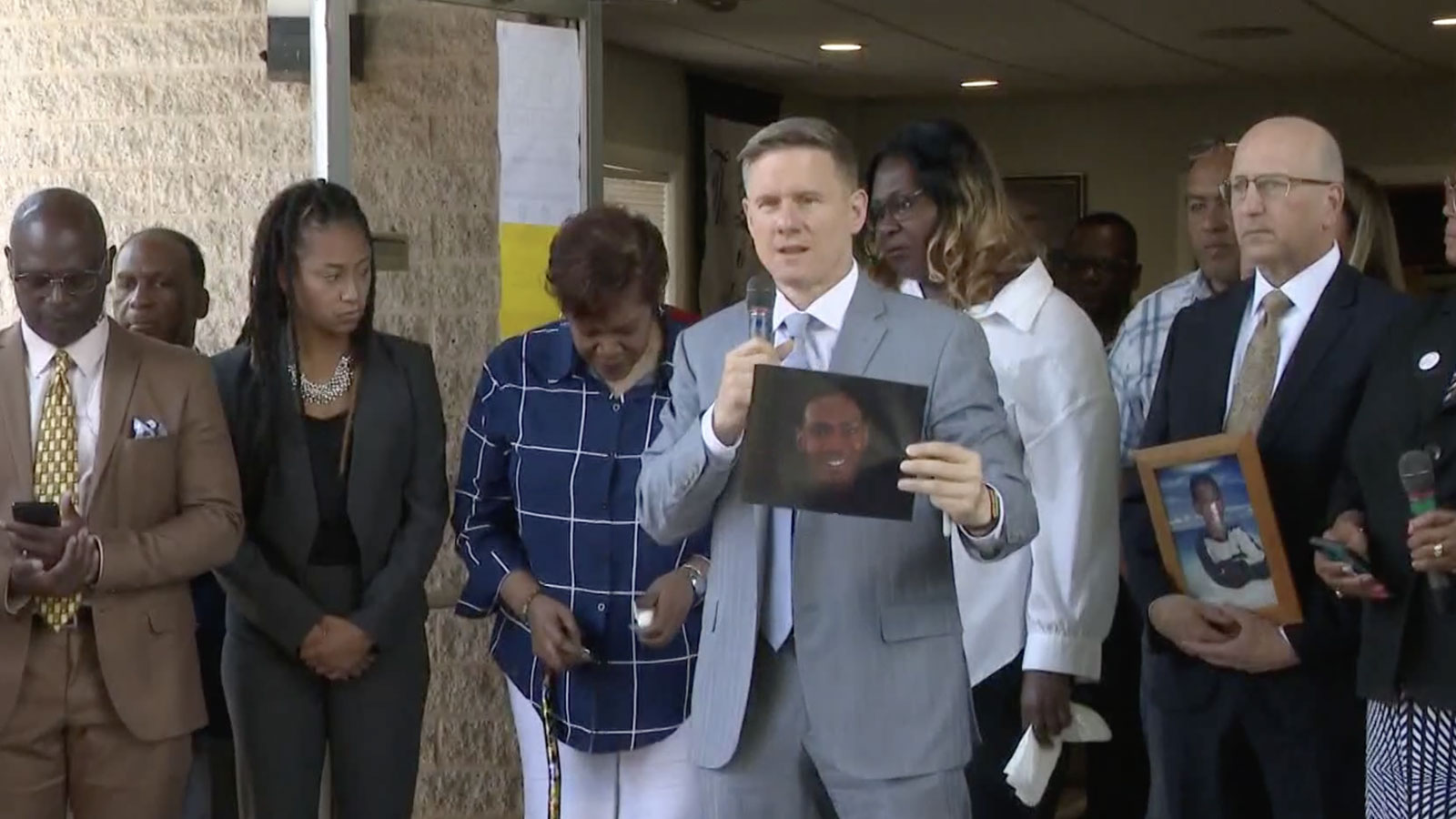 A Black man was killed by police after he was struck by more than 60 bullets, his family’s lawyer said

You Are Here: Home » Blog » News & Current Affairs » A Black man was killed by police after he was struck by more than 60 bullets, his family’s lawyer said

Akron police shooting of Jayland Walker sparks protests. “I have never seen the kind of grief and the kind of pain that I’m seeing today,” the family’s lawyer told BuzzFeed News.

The family of Jayland Walker, who was shot and killed by police in Akron, Ohio, on Monday, is demanding answers as details about the brutality of the shooting sparked protests in the city.

Walker, a 25-year-old Black man, was chased by police after refusing to stop when officers tried to pull him over for a traffic violation at 12:30 a.m. on Monday, according to the Akron Police Department. Police claimed a shot was fired from the car, and after the driver slowed down and got out of the vehicle, officers followed him on foot into a parking lot.

“Actions by the suspect caused the officers to perceive he posed a deadly threat to them,” police said. “In response to this threat, officers discharged their firearms, striking the suspect.”

Walker was pronounced dead at the scene. The Summit County Medical Examiner’s Office determined that his cause of death was multiple gunshot wounds and ruled it a homicide.

Police fired more than 90 rounds at Walker during the encounter, striking him more than 60 times, including in his face, Bobby DiCello, the family’s attorney, told BuzzFeed News, citing information that the family received from Akron Police Chief Steve Mylett.

“We know that he was handcuffed after he was shot and killed, and he was found with his hands cuffed on his back when the medical personnel arrived,” DiCello added.

The attorney said Walker’s family is “horrified” by his death.

“I have never seen the kind of grief and the kind of pain that I’m seeing today,” he said, adding that Walker’s mom, Pamela, is especially devastated by the details of the shooting. “The notion that 90 bullets were fired at her boy is something she just cannot understand.”

The officers involved have been placed on administrative leave according to department procedure. The Ohio Bureau of Investigations is leading an investigation into the shooting.

Michael Miller, an Akron Police spokesperson, declined to provide further information about the shooting or identify the officers involved but said that additional details will be shared at a news conference on Sunday, as will bodycam footage of the incident.

“A lot of people like to say that their loved one was good and everything, but this is true. Jayland was a sweet young man; he never caused any trouble,” his aunt Lajuana Walker Dawkins said at a news conference on Thursday. “We loved Jayland. He was my skinny little nephew. And we miss him. We just want some answers.”

Protests have sprung up across Akron as residents, outraged by the police killing of another Black person, call for justice. Authorities have closed off streets near the Akron Police Department, and Mayor Dan Horrigan canceled the city’s holiday weekend festival, saying “this is not the time for a city-led celebration.”

DiCello said that police have expressed their concern to the family about the city’s response to the release of bodycam footage.

“They are very concerned about violence when the video is shown,” he said. “They’re reaching out to us, for the family to send a message that they would like us to echo, and we do — which is that we certainly don’t want any kind of violence.”

Horrigan and Mylett said in a statement that Walker’s death was “absolutely devastating” and offered their condolences to his family and thoughts to the police officers.

“We know that no police officer ever wants to discharge their service weapon in the line of duty,” they said. “And anytime they must, it’s a dark day for our city, for the families of those involved, as well as for the officers.”

Police have killed 286 people in the US this year, according to Mapping Police Violence, a project tracking the number of fatal encounters with police. Black people are far more likely to be fatally shot by police than white people, and data from the project found that in 2022 so far, only four days have gone by without someone being killed by police.

Clarissa-Jan Lim is a senior reporter for BuzzFeed News and is based in New York.
Source: BuzzFeed News
Featured image: Family and advocates for Jayland Walker at a news conference. WKYC.com