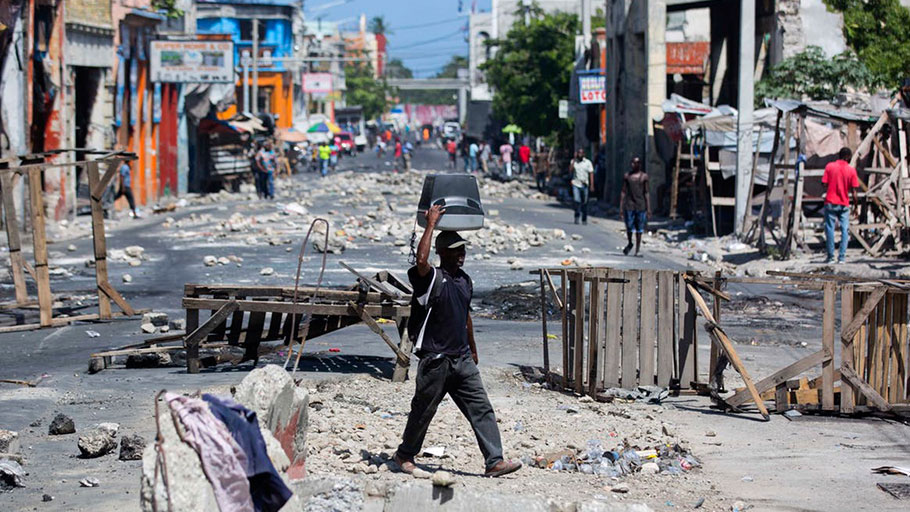 You Are Here: Home » Blog » Commentaries/Opinions » Haiti’s deadly riots fueled by anger over decades of austerity and foreign interference

By Vincent Joos, The Conversation —

At least seven people are dead and Haitian Prime Minister Jack Guy Lafontant has resignedafter weeks of violent protests in Haiti that were sparked by a sudden increase of fuel prices.

Demonstrations began on July 6, when the Haitian government said that gas prices would go up 38 percent to US$4.60 per gallon because the International Monetary Fund, a major Haitian creditor, recommended ending petroleum subsidies.

Haitian officials announced the unpopular price hike – which also affected diesel and kerosene – during a World Cup match between Brazil and Belgium, evidently hoping the news would go unnoticed.

Within hours after the game’s end, thousands of Haitians had taken to the streets in major cities across the country.

The destruction, which appeared to be well organized, was mainly directed at Haiti’s business elite.

Reginald Boulos, president of the National Chamber of Commerce and Industry of Haiti and a supporter of Haiti’s international lenders, lost three of his Delimart supermarkets to the flames, reporting a $20 million loss.

Haiti runs on borrowed funds. In 2017 its national debt of $2.13 billion – comprised of loans from Venezuela, the Inter-American Development Bank and the International Monetary Fund – was roughly one-third of the country’s gross domestic product.

Creditors typically require recipient governments to increase domestic revenue and invest in infrastructure to boost the private sector. The International Monetary Fund, or IMF, made raising Haitian gas prices a condition of receiving $96 million in loans and grants from the European Union, the Inter-American Development Bank and the World Bank later this year.

Such growth-oriented policies benefit corporations and some Haitian business leaders. But they usually mean financial hardship for average Haitians.

A history of occupation and protest

As I learned while conducting my anthropology field work in Haiti in 2013 and 2014, Haitians trace such top-down economic development policies back a century, to the United States’ occupation of Haiti in the early 20th century.

On July 28, 1915, U.S. Marines arrived in Port-au-Prince, allegedly to restore political and economic stability after the killing of Haitian President Villebrun Sam the day before. They stayed for 19 years, ruling the country as if it were a military conquest. 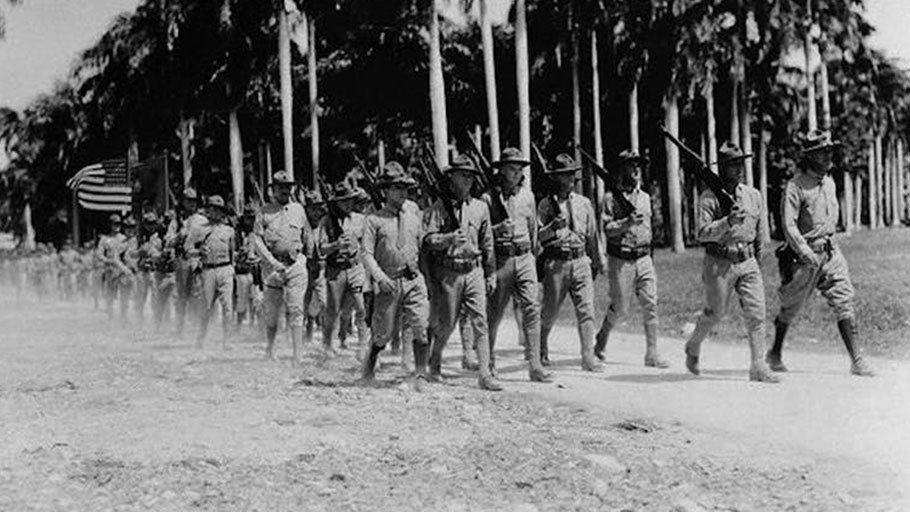 Under the U.S. occupation, Haiti’s economy – which had been heavily agricultural, decentralized and self-supporting since enslaved Haitians overthrew French colonial rule in 1804 – underwent dramatic changes.

This mainly benefited a small business and political elite in the capital while hurting Haiti’s large rural population.

Numerous peasant rebellions against these structural changes were violently quashed. In 1929, all of Haiti went on strike to protest the American occupation.

The U.S. military officially left Haiti in 1934, but U.S. administrators kept control over the Haitian budget until 1947 to make sure Haiti would pay back the American loans taken out after the invasion.

The U.S., allied with wealthy Haitians, had turned the Haitian government into little more than a loan administrator. It would not be the last time.

Haitian dictators François “Papa Doc” Duvalier and Jean-Claude “Baby Doc” Duvalier worked with these organizations from 1957 to 1986, allegedly to develop the country. In practice, the Duvalier regime was siphoning off international funds to enrich their family and associates.

By the mid-1980s, poverty and hunger were so intense that Haitians began migrating en masse to the U.S., often by boat. Food riots occurred throughout the country.

Despite this crisis, the IMF in 1983 imposed an austerity plan, hoping to attract more foreign investment to Haiti. President Jean-Claude Duvalier cut state spending by 25 percent, which decimated public education and health services. This followed a 1982 IMF-backed tax hike on flour, vegetable oil and other staples.

Years of painful austerity, coupled with the Duvalier dictatorship’s growing political repression, pushed Haitians to rebel. Duvalier was ousted in 1986.

In the mid-1990s, the IMF and other creditors were pushing developing countries worldwide to implement economic “structural adjustments” that would “eliminate financial imbalances, reduce the role of the public sector, liberalize the trade regime and eliminate regulations and restrictions that impede private investment.”

In Haiti, thousands of state employees were fired, which crippled national institutions and led to massive job loss. Import tariffs on rice were also lowered, from 50 percent to 3 percent, flooding Haitian markets with subsidized U.S. rice – another blow to the country’s struggling agricultural sector.

In 1997, a group called the Haitian Anti-International Monetary Fund Committee led one of the largest strikes in the country’s history.

“Structural adjustment” was later shown to have deepened economic stagnation not just in Haiti but for most IMF member countries.

For decades, Haitians have met every major austerity push by the IMF with violent waves of protest.

In 2004, anti-austerity demonstrations contributed to the ouster of yet another Haitian leader, helping to push out President Jean-Bertrand Aristide in 2004.

Gas prices have fueled the protests several times before, as they have today. In 2000 and 2003, the Haitian government tried to increase the prices of fuel products. Protesters took the streets. 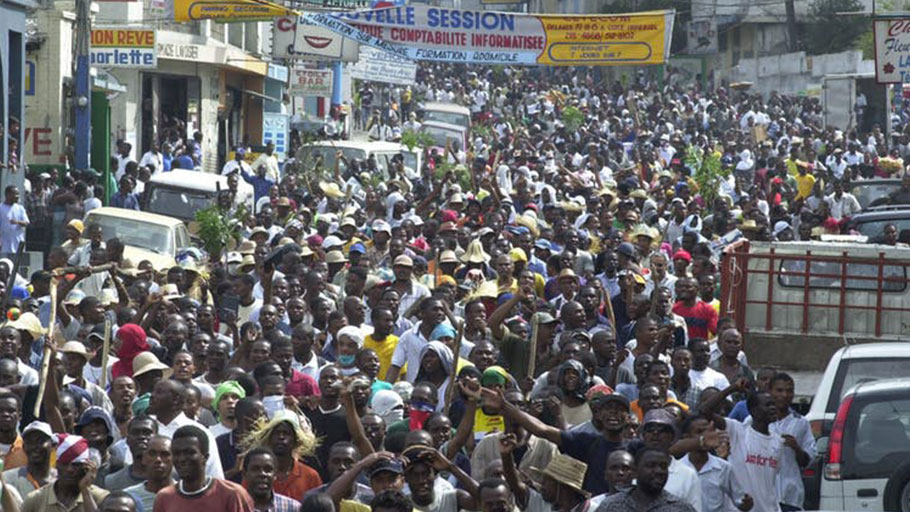 These demonstrations, organized by political groups and community leaders, specifically target both the international lenders and the government that implements their economic policies.

This year, Haitian President Jovenel Moïse listened to protesters’ demands: He revoked the gas price hikes. But it’s not clear whether his deeply indebted government can actually end Haiti’s century of austerity.