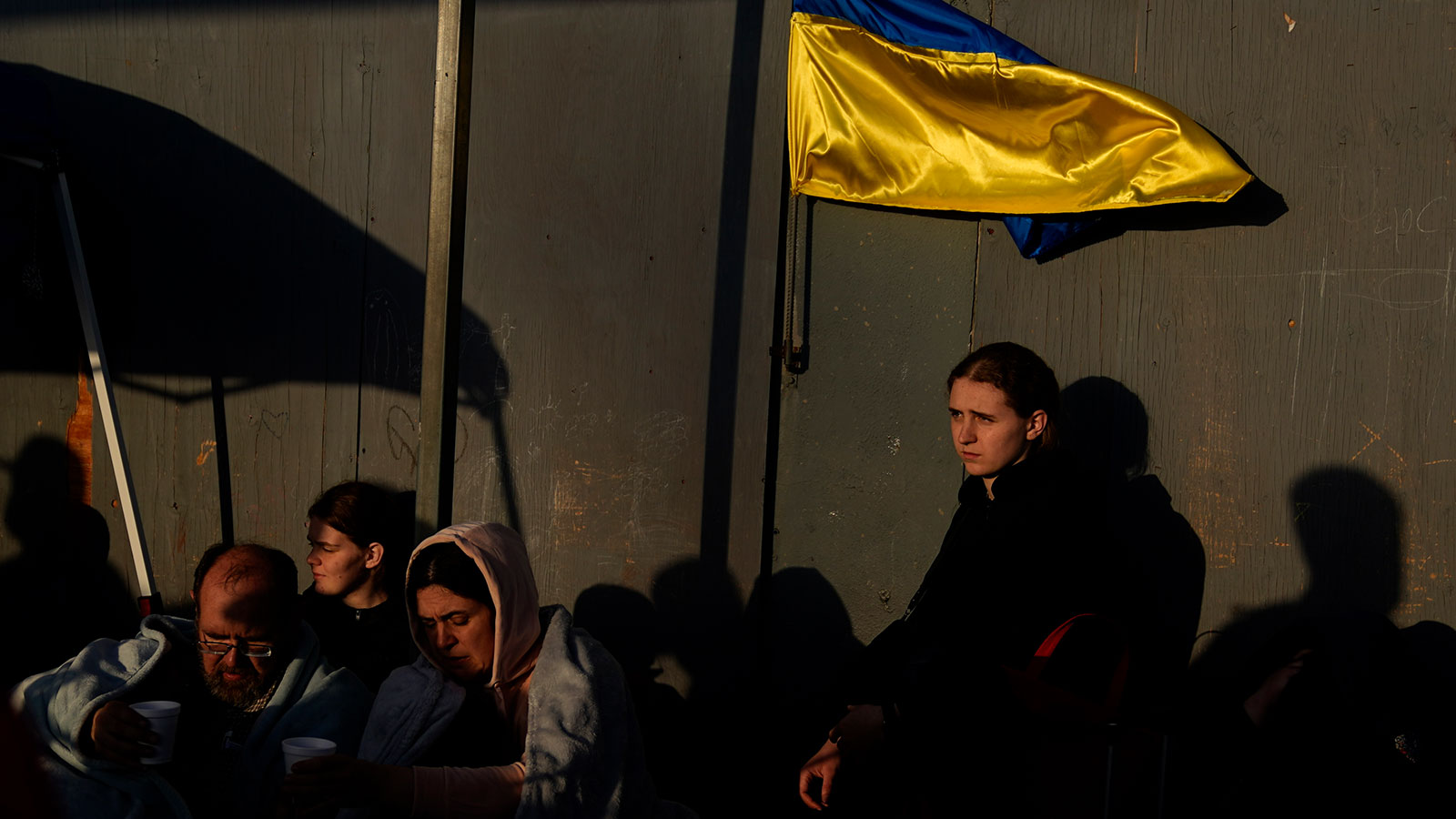 You Are Here: Home » Blog » Commentaries/Opinions » How race and religion have always played a role in who gets refuge in the US

Four scholars of race, religion and immigration explain how US refugee and asylum policy has long been racially and religiously discriminatory in practice.

In the weeks since Russia invaded Ukraine, millions of Ukrainians have fled the country as refugees. Hundreds of those refugees have now arrived at the southern border of the United States seeking asylum, after flying to Mexico on tourist visas.

At the border, Ukrainians, alongside thousands of other asylum seekers, must navigate two policies meant to keep people out. The first is the “Migrant Protection Protocols,” a U.S. government action initiated by the Trump administration in December 2018 and known informally as “Remain in Mexico.” The second is Title 42, a Centers for Disease Control and Prevention directive crafted in 2020, ostensibly to protect public health during the COVID-19 pandemic. The directive expels all irregular immigrants (those without permanent residency or a visa in hand) and asylum seekers who try to enter the U.S. by land.

On March 11, 2022, however, the Biden administration provided guidance allowing Customs and Border Protection officers to exempt Ukrainians from Title 42 on a case-by-case basis, which has allowed many families to enter. However, this exception has not been granted to other asylum seekers, no matter what danger they are in. It is possible that the administration may lift Title 42 at the end of May 2022, but that plan has encountered fierce debates.

The different treatment of Ukrainian versus Central American, African, Haitian and other asylum seekers has prompted criticism that the administration is enforcing immigration policies in racist ways, favoring white, European, mostly Christian refugees over other groups.

This issue is not new. As scholars of religion, race, immigration, and racial and religious politics in the United States, we study both historical and current immigration policy. We argue that U.S. refugee and asylum policy has long been racially and religiously discriminatory in practice.

Race played a major role in who counted as a refugee during the early years of the Cold War. The displacement of millions fleeing communist regimes in Eastern Europe and East Asia created humanitarian crises in both places.

Under significant international pressure, Congress passed the 1953 Refugee Relief Act. According to historian Carl Bon Tempo, in the minds of President Dwight Eisenhower and most lawmakers, “refugee” meant “anticommunist European.” The text and implementation of the act reflected this. Of the 214,000 visas set aside for refugees, the law designated a quota of only 5,000 spots for Asians (2,000 for Chinese and 3,000 for “Far Eastern” refugees). Ultimately, approximately 9,000 Chinese (including 6,862 Chinese wives of U.S. citizens who came as nonquota migrants) were admitted under the 1953 refugee law, compared with nearly 200,000 southern and eastern Europeans, over the next three years.

Racial prejudice impacted the international response to refugees as well. By the late 1940s and early 1950s, United Nations officials had declared the displaced population in Europe a humanitarian crisis and appealed to the international community to relieve these pressures by accepting refugees. Over the next decade, Western nations including the U.S., France and Great Britain received millions of displaced Europeans as part of a larger Cold War public relations strategy to contain the Soviet Union and demonstrate the superiority of Western capitalist societies to life behind the Iron Curtain.

Millions of ethnic Chinese displaced by the 1949 Communist Revolution were not greeted so kindly. In the early 1950s, Hong Kong’s population tripled due to mainland Chinese fleeing civil war and communist rule, triggering a crisis. Most Western countries, however, continued to exclude Chinese and other Asians from immigrating and made few exceptions for refugees.

In the United States, exclusionary provisions that barred Asians from immigrating as “aliens ineligible to citizenship” would not be removed from immigration law until the 1965 Immigration Act.

The first Haitian asylum seekers, who are overwhelmingly Black, attempted to reach the U.S. in boats in 1963 during the dictatorship of Francois Duvalier. It was a period of great economic inequality and severe violent repression of political opposition in Haiti. 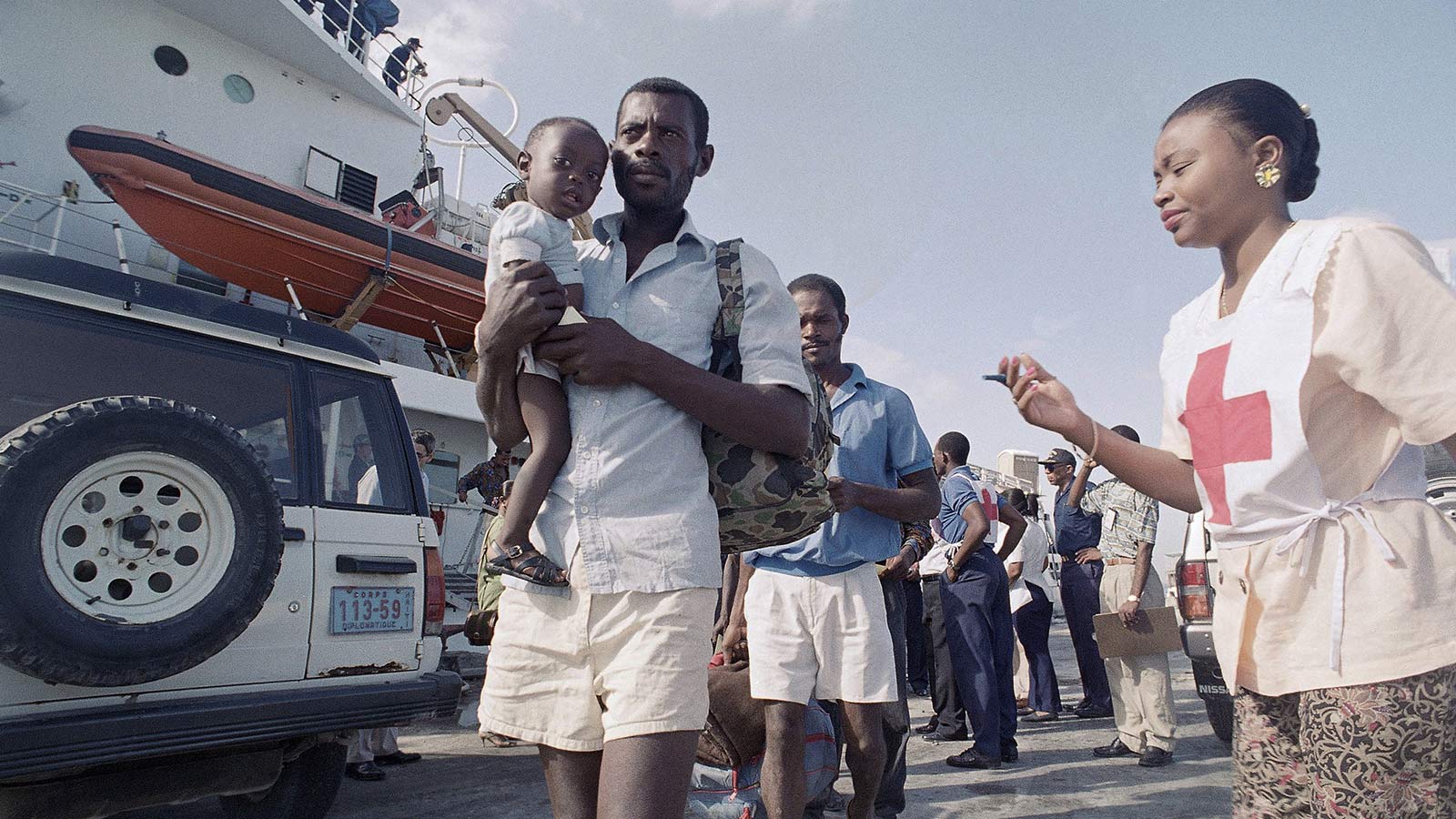 Haitian refugees who were intercepted by the U.S. Coast Guard returning to Port-au-Prince after being repatriated in 1992. AP Photo/Daniel Morel

Between 1973 and 1991, more than 80,000 Haitians tried to seek asylum in the U.S. The U.S., however, consistently attempted to intercept and turn back boats carrying Haitian asylum seekers to avoid having to hear their cases.

In the 1980s and 1990s, nearly every single Haitian who tried to request asylum was either denied or turned away. Some disparities between asylum rates could be explained by political factors, particularly the U.S. government’s interest in prioritizing refugees from communist countries.

However, the U.S. District Court for the Southern District of Florida and the 11th Circuit Court both found, in Haitian Refugee Center v. Civiletti and Jean v. Nelson respectively, that racial discrimination could be the only reason for such strikingly different outcomes for Haitians. In Jean v. Nelson, the 11th Circuit heard evidence from plaintiffs that there was a less than two-in-1 billion chance that Haitians would be denied parole so consistently if immigration policies were applied in racially neutral ways. Both courts also noted the differences in outcomes of asylum claims between Cuban refugees, who were predominantly white, and Haitian refugees.

In the same time period, even while Black Haitian asylum seekers were being turned away, European immigrants, who were primarily white, received preference in the Diversity Visa system created by the Immigration Act of 1990. Northern Ireland, for example, was designated as a separate country from the United Kingdom, and 40% of “diversity transition” visas allocated during 1992 to 1994 were earmarked for Irish immigrants.

Similar accusations of racism and discriminatory treatment have surfaced over the last several months as Haitian asylum seekers at the U.S.-Mexico border have been forced onto flights to Haiti and have faced degrading treatment.

Syrian refugees and the Muslim ban 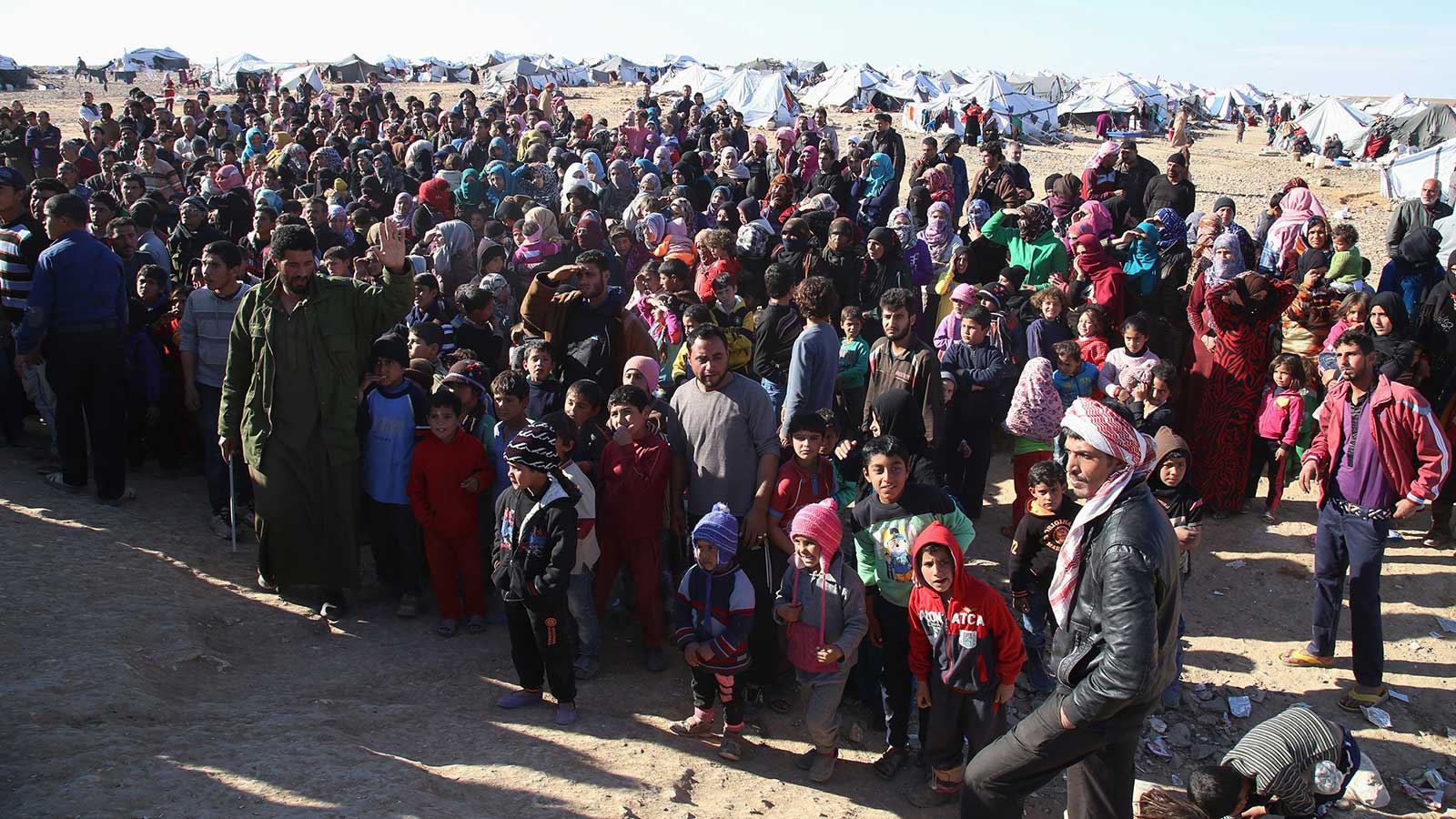 Syrian refugees, most of whom fled the Syrian civil war that began in 2011 and violence by the Islamic State, were specifically targeted in the Muslim Ban.

A February 2017 version of the Muslim Ban claimed that Syrian refugees were “detrimental to the interests of the United States and thus suspend[ed]” from admission, with few exceptions. This contributed to a significant decrease in the number of Syrian refugees – from 12,587 to 76 between financial year 2016 to 2018.

Research shows that religion, particularly Islam, is used to create symbolic boundaries of racial distinction in order to promote immigration enforcement goals. Specifically, the government attempted to justify an exclusionary refugee policy based on race and religion by implicating Muslims and refugees in terrorism, as Trump did in speeches, even calling Syrians the “trojan horse” for terrorism.

International agreements for refugees and asylum seekers clearly state that admissions should be based on need. In principle, U.S. law says this as well. But these key moments in United States history show how race, religion and other factors play a role in determining who is in, and who is out.

While refugees from the war in Ukraine deserve support from the United States and other countries, the contrast between the treatment of different groups of refugees shows that the process of gaining refuge in the United States is still far from equitable.